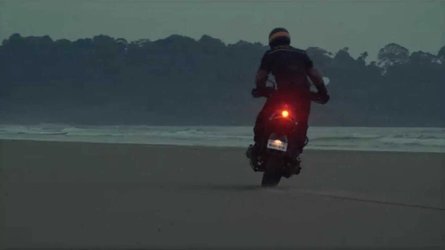 In the back half of 2021, Classic Legends started strongly hinting that its revival of iconic Indian motorcycle brand Yezdi would be coming relatively soon. For those unfamiliar, Classic Legends was responsible for Jawa’s revival a few years ago, and is also behind the new BSA Gold Star and future bikes to be produced by the revived British marque.

The original incarnation of Yezdi was an offshoot of the original Jawa motorcycles, once distributors brought those to the Indian market. As a result, both Jawa and Yezdi gained recognition and love, with both being the types of bikes that proud fathers who rode them back in the day would pass down to the next generation of riders.

On January 5, 2022, Classic Legends posted its clearest Yezdi teaser video yet, which taps directly into that familial nostalgia. The teaser is just eleven seconds in length, but appears to show brief glimpses of two different Yezdi bikes out having fun on a beach somewhere. This video was posted on Yezdi’s official Twitter and YouTube accounts, as well as on Classic Legends co-founder Anupam Thareja’s Twitter account.

Bold yellow text pops up throughout the video, which reads, “Time to follow your dad’s footsteps,” at which point we see motorcycle tracks looping around and around in various directions in some wet sand, as well as a brief glimpse of the rear of a scrambler-styled bike being ridden away from the camera.

A moment later more text pops up that reads, “Don’t let Daddy down.” To accompany it, this time we see a rider standing on the saddle of an adventure-styled bike, doing a stunt on the beach near the water’s edge. A Yezdi-yellow end screen pops up to conclude the teaser, showing the Yezdi logo and a date emblazoned across an Indian motorcycle number plate. It reads “Y 13 – 01 – 22,” confirming that we should expect Yezdi’s new bike announcement on January 13, 2022.

More than one bike is expected, and all will be based around the same 334cc single-cylinder engine found in the Jawa Perak. We’ll be sure to keep you updated as the new Yezdis finally make their debut.