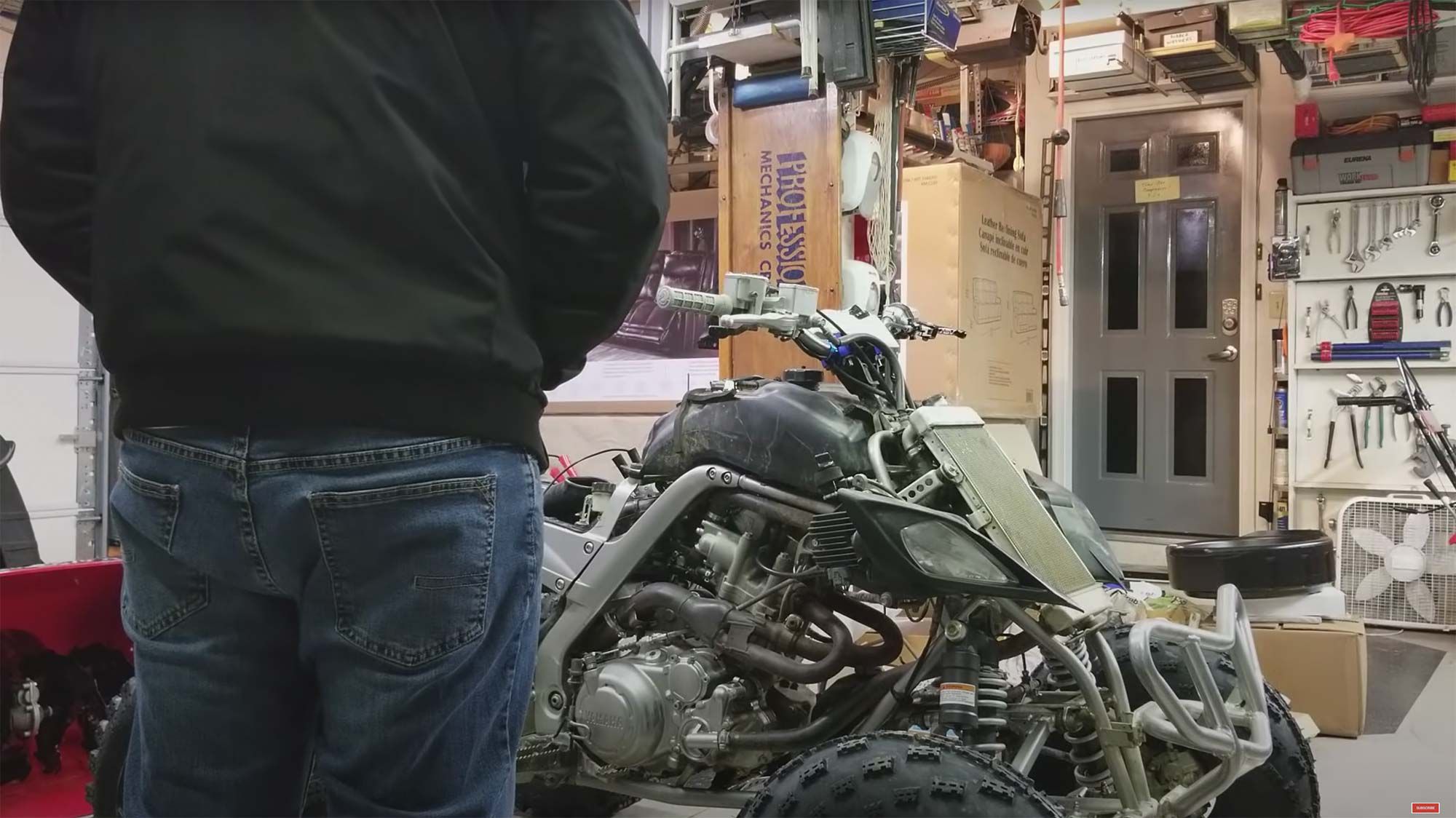 The seven stages of grief apply to every nightmare project. This one is certainly no different. (Michael Sabo/)

Man versus machine. It’s a tale as old as tools. Michael Sabo runs a YouTube channel where he drags home abused and neglected powersports rigs with the hopes of restoring them. He carefully approaches and records every project with a level of knowledge and passion that conflicts with the do-it-yourself home garage setting found in all of his videos. We’ve got to hand it to him, his content is addicting.

In the most recent episode, a derelict Yamaha Raptor 700 finds its way into Michael’s life. Despite it being one of the fastest quads ever mass-produced, this example just doesn’t seem to want to live. It’s clearly been a stunting machine for some young adult who didn’t understand the definition of machine sympathy. In this case abuse is an understatement. You’ll see what we mean when he goes to change the rear brake pads. This never seems to get Michael down, though, as he is always determined to win no matter what it takes. Systematically plucking his way through the ATV’s innards to identify the culprit that’s leeching life from the thing always results in victory. Or does it?

Hit the video link above to watch the hilarious seven stages of grief befall our powersports brother. While we can’t help but play keyboard warrior as he jumps from one failure to the next, it’s the emotional roller coaster this seemingly simple home video takes us on that has us hooked. Michael, if you’re a reader, shoot us a DM for a free ATV Rider T-shirt and sticker. You’ve earned it, buddy.