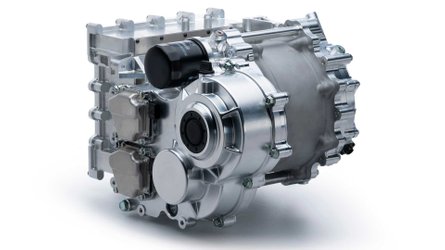 For the past few years, Yamaha has been hard at work developing compact, powerful electric motors for use in a range of vehicles. It started with motorcycles, as you’d probably expect—but quickly grew to envision other use cases, like assigning one motor per wheel in the case of a hyper-sportscar. The possibilities were—and are—certainly intriguing.

In April, 2021, Iwata launched an ultra-powerful 350kW (469 horsepower) electric crate motor specifically intended for the next generation of hyper-EVs. Fast-forward to January 14, 2022, and it appears that we’re about to finally see this motor in an actual vehicle. The 2022 Tokyo Auto Salon started on January 14—and it’s where Subaru finally took the wraps off of its STI E-RA EV concept, powered by Yamaha’s electric motors.

As Yamaha discussed over a year ago, the STI E-RA Concept makes use of four Yamaha motors, each positioned next to all four of its wheels to enable torque vectoring. Power output is 800kW, or 1,073 horsepower. In the future, Subaru aims to take this setup to the Nurburgring in 2023 and hammer down a lap time of 6 minutes and 40 seconds.

Yamaha refers to the motors equipped in the STI project as “emotional electric engines,” which showcase all of Yamaha’s technological and engineering research all at once. Utilizing all of the skills it’s gained over time is what Yamaha says enabled it to make such powerful motors in such a compact size.

Since the Subaru STI E-RA EV concept is still a concept, we have yet to see—or hear—it in action. At this point, it’s not clear if Yamaha has made any further contribution to its development, such as maybe integrating sound generation via the Yamaha Alive EV project.

Will we find out more information before the STI E-RA shows up at the Nurburgring next year, or will we just have to wait patiently until then? Obviously, we always want to know more sooner rather than later, but if good things really do come to those who wait, then waiting is just what we’ll have to do.