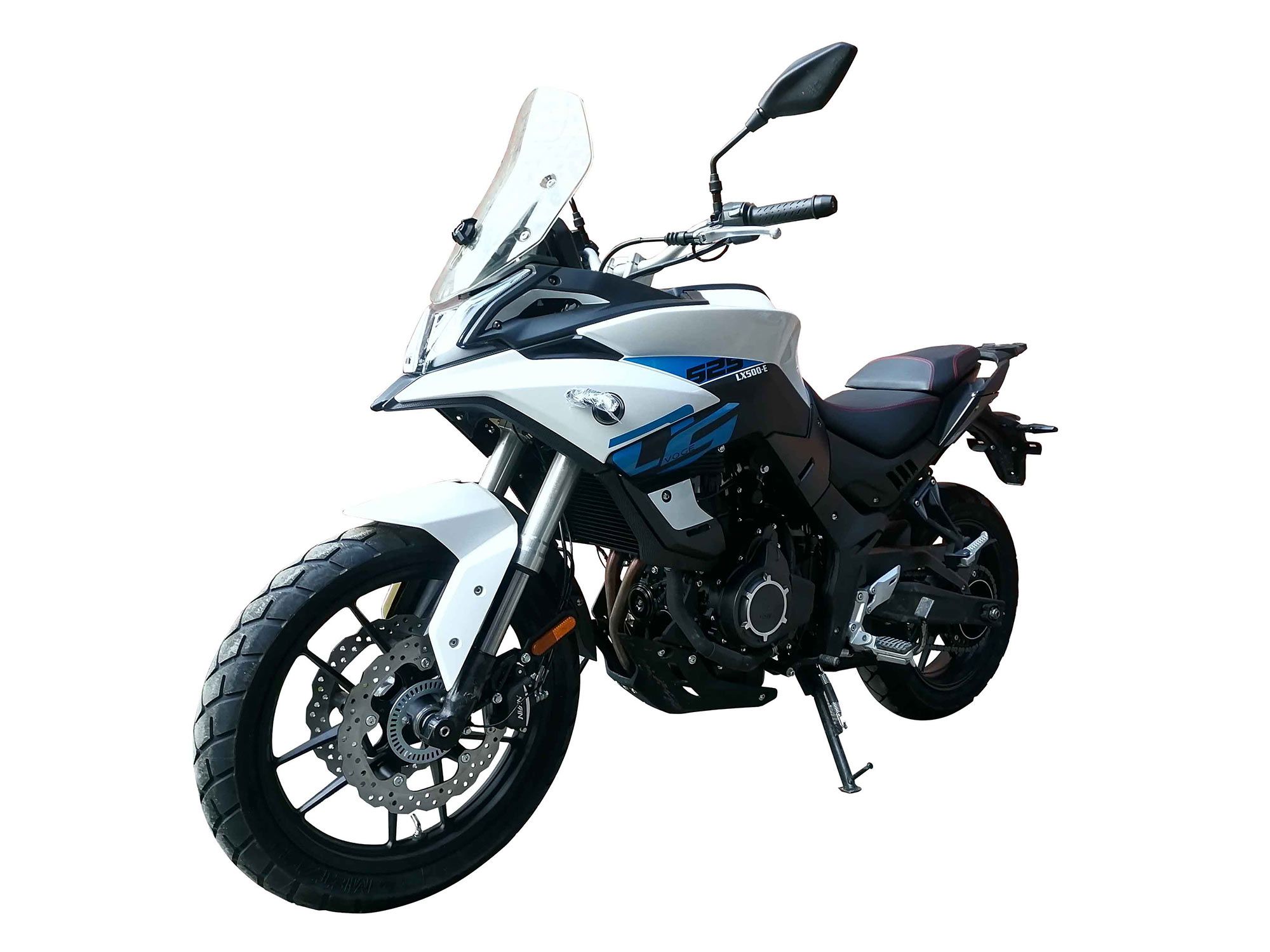 The updated Voge 525DS has a larger 494cc engine and taller front wheel, but retains its more road-going focus. (Voge/)

The Voge brand might not have hit the US yet, but its Chinese parent firm Loncin is using that name to push ahead in Western markets, including Europe. Now two new models have emerged via Chinese type-approval documents, showing that Voge’s largest-capacity and bestselling models are set to get bigger, more powerful engines.

Loncin is among China’s most well-respected motorcycle makers, and has spent years as a contractor to BMW, manufacturing the firm’s parallel-twin and single-cylinder engines for models like the F 850 GS and G 310 R. As such, it’s more than familiar with the standards expected in high-end Western markets, so the Voge sub-brand is worth keeping an eye on as one of the Chinese firms with the greatest chances of breaking into the motorcycling mainstream.

The models spearheading Voge’s attack on the European market are the 500DS, a road-going adventure bike along the lines of the Honda CB500X, and its slightly more off-road-oriented sibling, the 500DSX. The latter features wire wheels and a larger, 19-inch front rim, along with crash bars around the front bodywork. The company’s 500AC, meanwhile, is a slightly retro-styled roadster built around the same parallel-twin engine, acting as a cut-price alternative to the likes of the Honda CB500F. 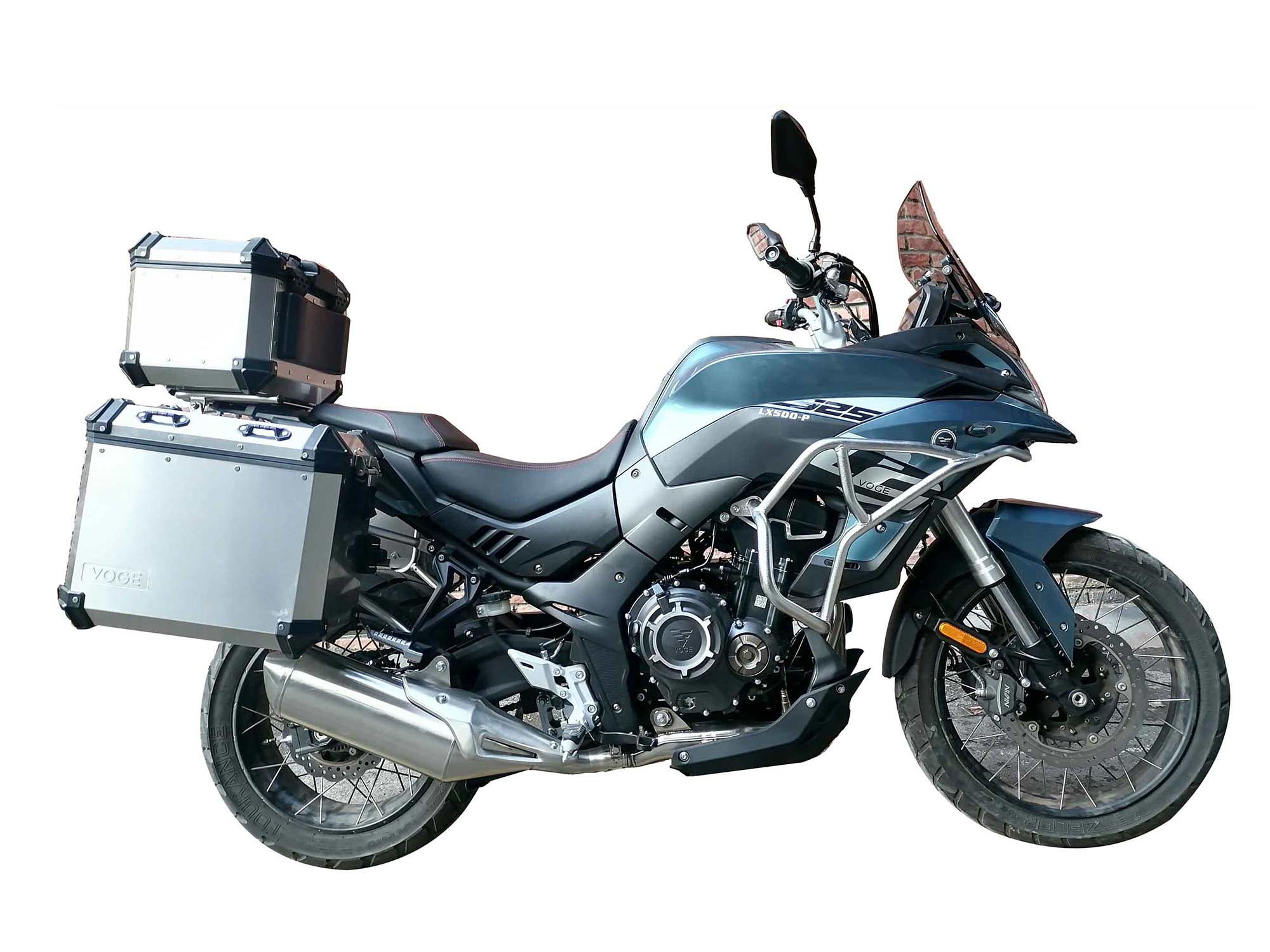 The 525DSX also gets the bigger engine but tilts to the more dirty side of the equation, with wire-spoked wheels and crash bars. (Voge/)

Those numbers might lead you to think they’ll get 525cc engines, but in fact the current “500″ versions are just 471cc in capacity, and the new “525″ models will grow to 494cc. It’s a small increase, but one that translates to a useful hike in power and appears set to be carried across the company’s range of parallel-twin machines over the coming months. Recently, Voge displayed the 525R naked sportbike in China, which also debuted the uprated engine.

Voge’s range of parallel twins doesn’t just rival Honda’s CB500 models in terms of performance, as the engine is so close to its competitor that it could be considered a clone. The original 471cc version matches the CB500′s capacity, its 67mm bore, and its 66.8mm stroke, as well as closely following its design layout. The upsized version in the new 525 models has increased internal dimensions to a square 68mm x 68mm bore and stroke but otherwise remains much the same engine as before.

The type-approval documents for the new 525 models show that all three machines have the same uprated engine, seeing power rise from 46.3 hp to 53.1 hp, while also gaining a new exhaust system and redesigned end can. Otherwise, the main change comes to the 525DS. Whereas the current 500DS has a 17-inch front wheel, the 525DS features a larger 19-inch alloy, matching the dimensions of the wire-wheeled DSX version. 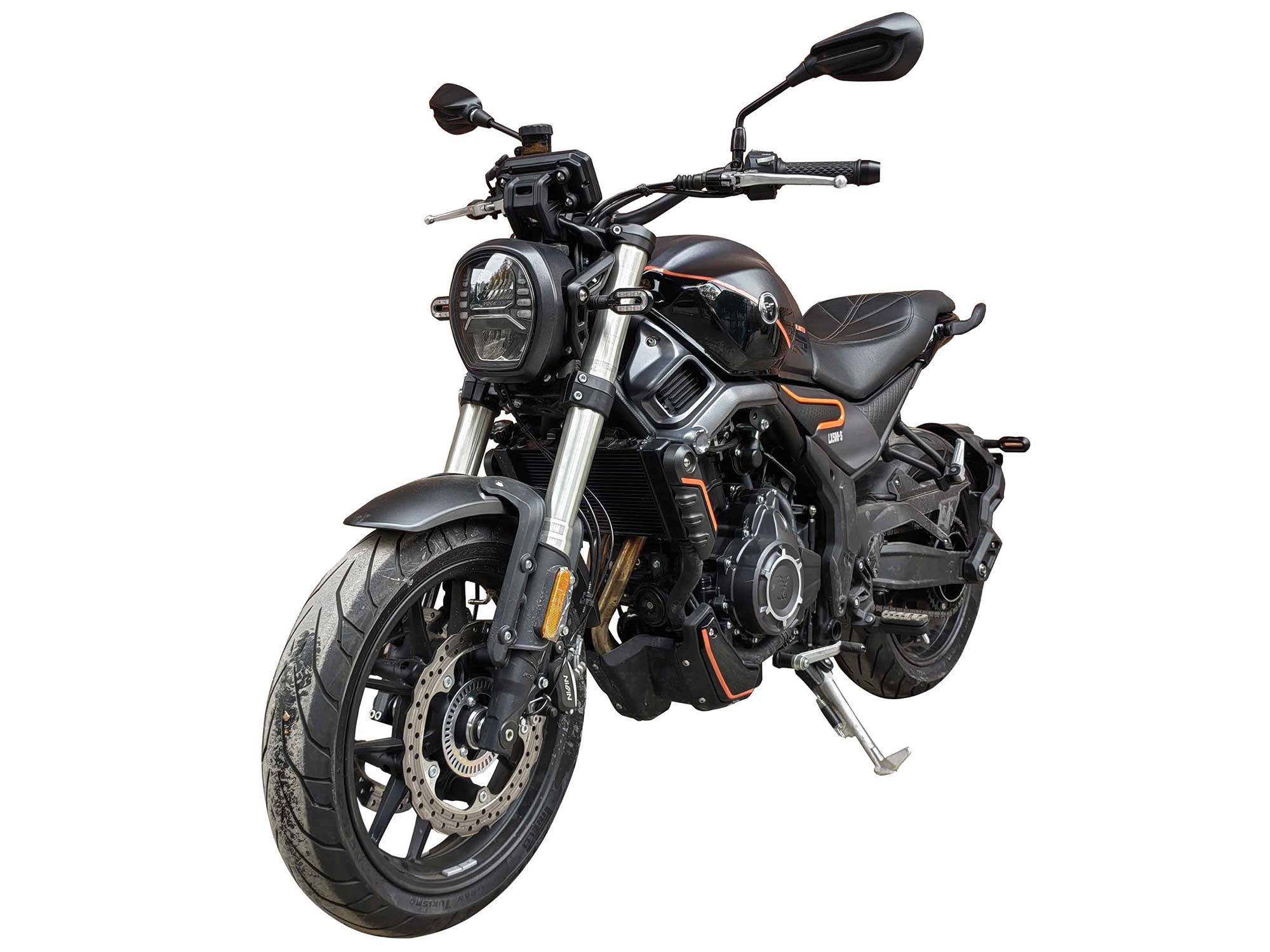 The 525AC roadster also receives the same uprated engine with increased power and new exhaust, but keeps the same retro style as its 500AC predecessor. (Voge/)

The 525AC, meanwhile, visually differs from its 500AC predecessor only in the new exhaust and the updated graphics shown in the type-approval images. Unsurprisingly, the new models are expected to weigh the same as their predecessors, with the 525AC likely to be 436 pounds while the 525DS will be around 455 pounds, with the DSX a couple of pounds heavier thanks to its crash bars.

Although Voge’s plans for the US market are currently unknown, the brand’s rapid expansion into Europe suggests its parent, Loncin, has eyes on a global presence. Although the twin-cylinder machines offer a cheaper alternative to a Honda CB500X or CB500F, the company’s electric offering, the ER10, may turn out to be a more significant machine, promising 125cc-equivalent performance in a stylish-looking bike that’s not as pricey as most bikes in the growing field of battery-powered rigs.