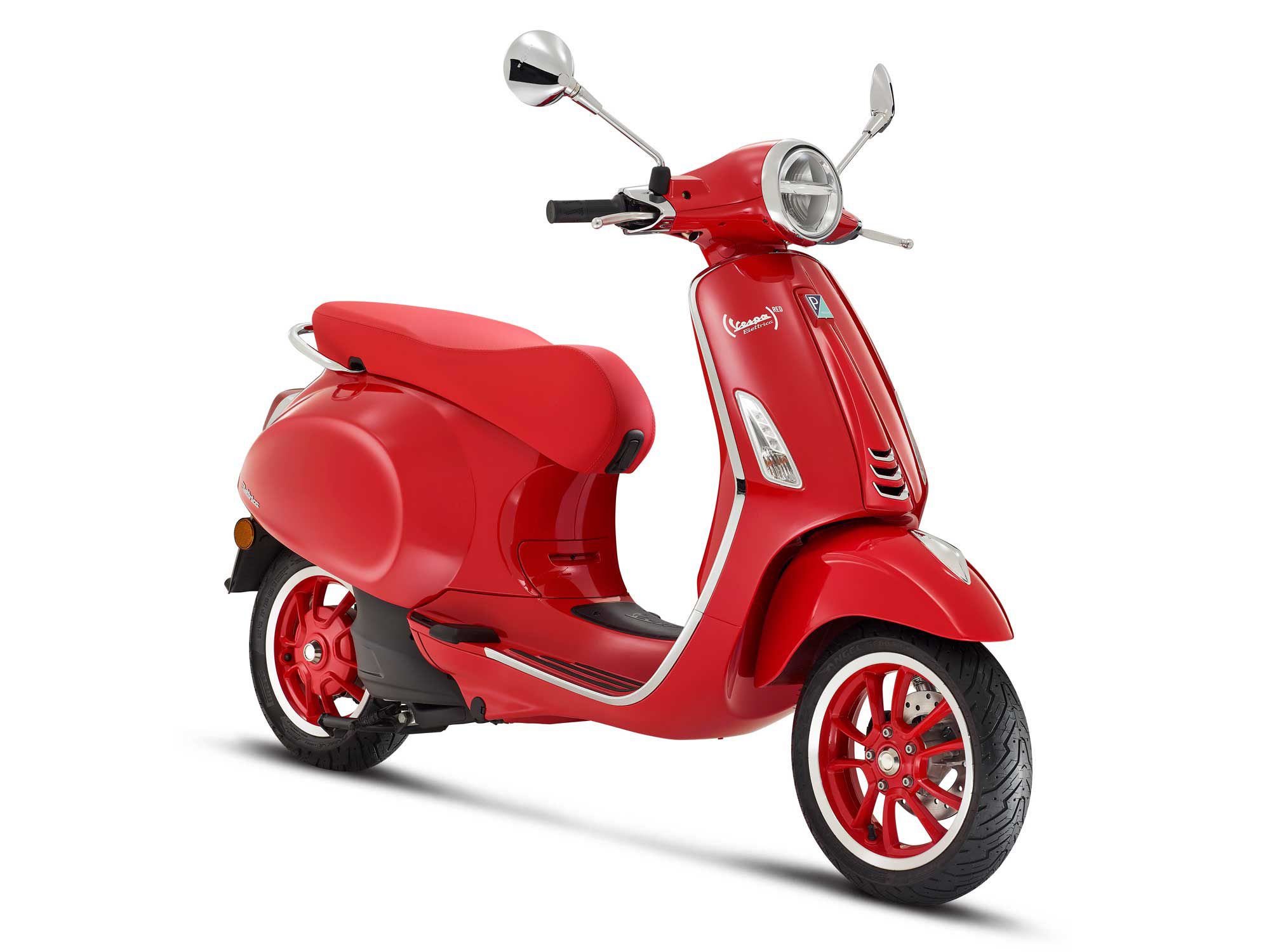 One hundred dollars from each (Vespa Elettrica) RED sold will go to assist those affected by AIDS and COVID-19. (Vespa/)

The (Vespa Elettrica) RED, a striking edition of the immortal scooter by Piaggio, has been completely finished in red, right down to the seat trim. This particular model should be appealing to anyone with a heart as it was developed for, and is offered in collaboration with, the RED Association founded by Sonny Bono and Bobby Shriver, an organization offering assistance to people suffering from disease. Originally, RED was created to assist those around the world affected by AIDS; now RED also fights the new pestilence, COVID-19.

RED has steadily contributed to the Global Fund, raising more than $700 million, which allowed it to assist more than 220 million people in the world’s most vulnerable communities. By creating Vespa RED, Piaggio has taken an active and admirable position in the fight, as $100 will be donated for each Vespa RED model sold.

The RED is a special version of Vespa Elettrica, a practical urban commuter that moves through traffic with classic Vespa agility, quietly and emitting no fumes. The Vespa Elettrica is powered by a 4kW motor delivering the maximum power allowed in Europe from mopeds. Thus, Vespa Elettrica is subject to ultralow insurance rates and no yearly road taxation in Europe. 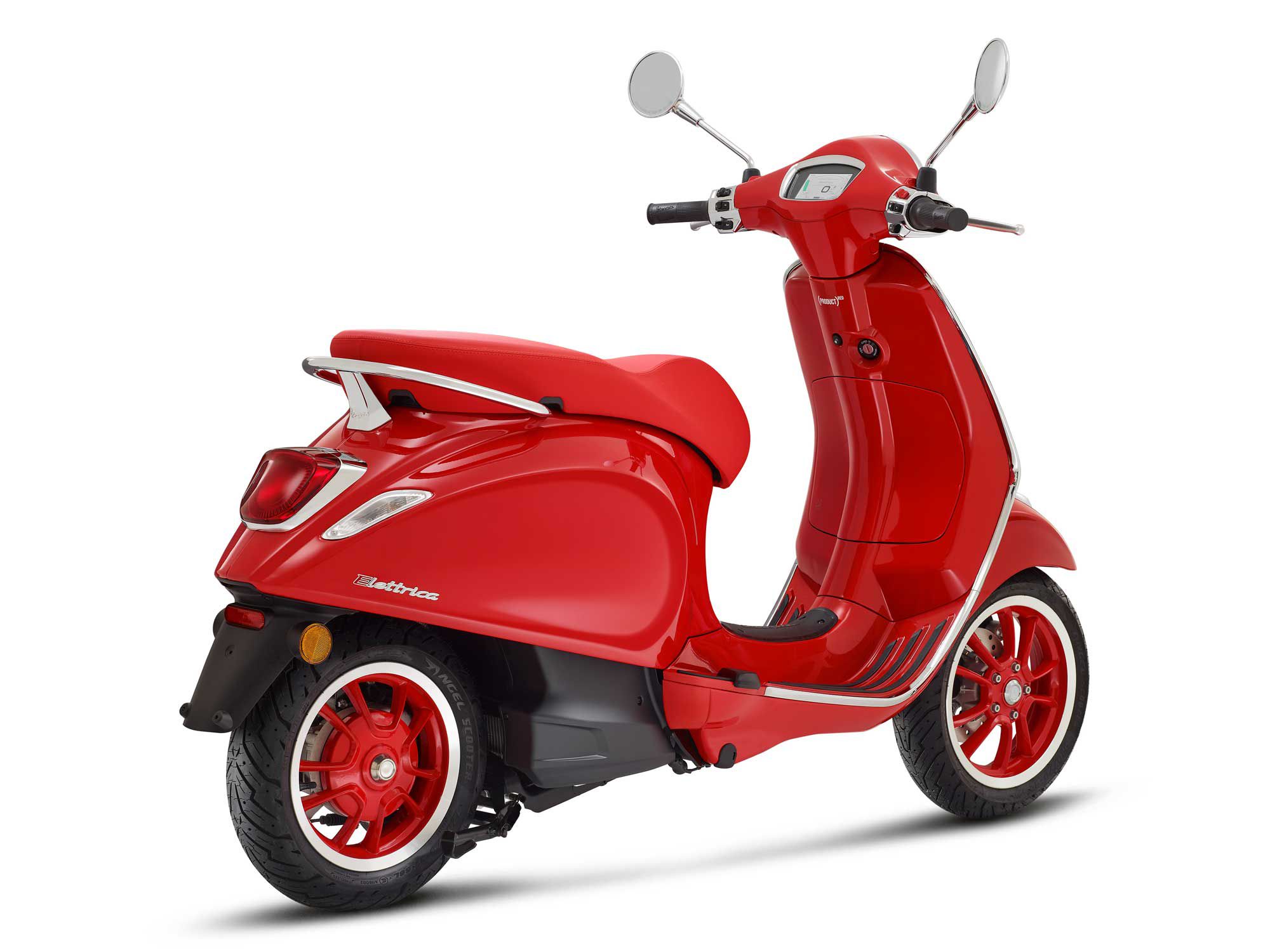 Nearly every surface of the (Vespa Elettrica) RED is, well, red. (Vespa/)

Its electric power unit was developed by Piaggio, including the air-cooled 4.2-kW/h lithium-ion battery, in cooperation with LG Chem, which supplies the individual cells to give life to a very solid and reliable 48-volt battery. The Vespa Elettrica reaches a top speed of 32 mph for easy urban cruising.

And this (Vespa Elettrica) RED is absolutely and undeniably red, from the cast aluminum wheels to the body to the seat trim, a daring and breathtaking design choice. And it’s all for a very good cause. Bless them.