After 26 entertaining seasons in the Grand Prix paddock, Valentino Rossi hung up his leathers at Spain’s Ricardo Tormo Circuit. While The Doctors illustrious MotoGP career came to an end at the Valencia Grand Prix, Rossi returned to the Ricardo Tormo Circuit to begin his new career, driving a Fanatec GT World Challenge Europe car for the first time in December, 2021.

Following a successful initial test session at the Spanish track, Belgium’s W Racing Team (WRT) just announced that the 42-year-old will join their team for the Endurance and Spring Cup in 2022. The retired Yamaha rider will jump into an Audi R8 LMS for the 2022 season as WRT sets out to retain its title in the GTWCE series. 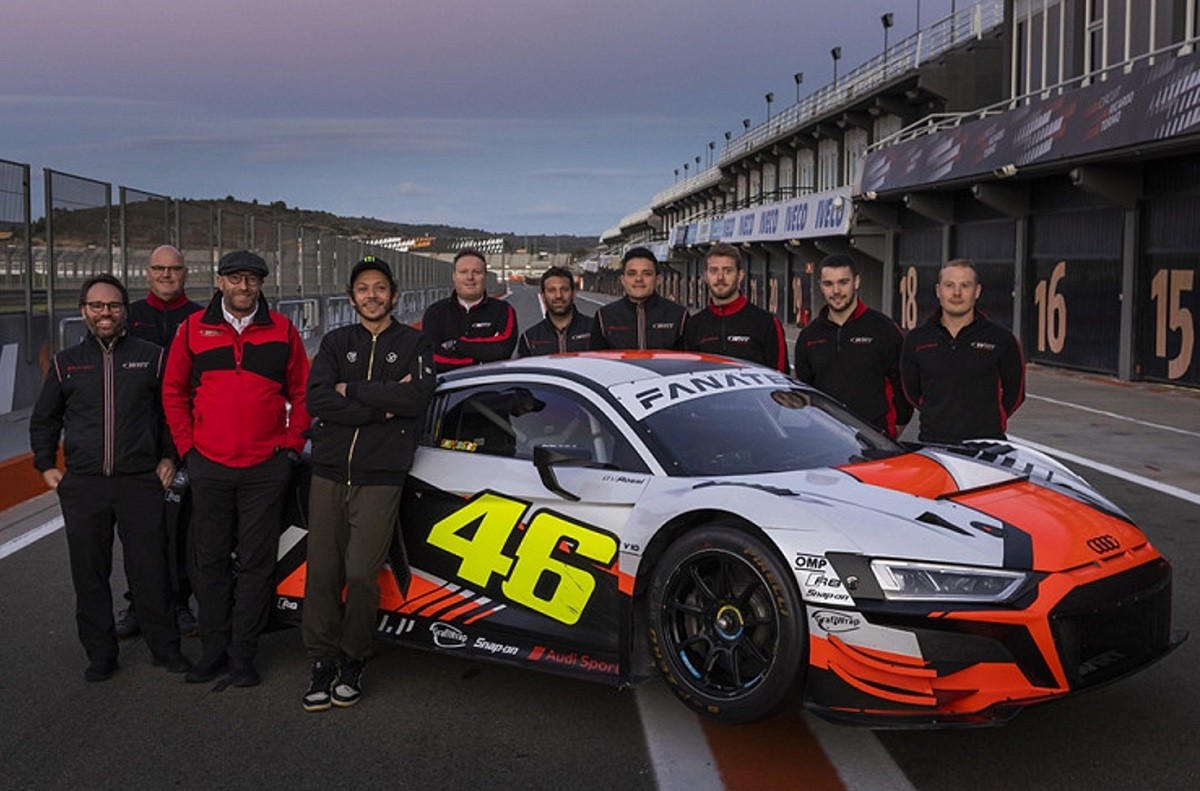 Of course, Rossi’s trademark number 46 (in Vale yellow) will make it easy to spot him on the track, but WRT hasn’t yet announced his 2022 teammate.

“We all know what a great motorbike champion and sports figure Vale is, but most of all, he is a true racer and a very professional and competitive sportsman, eager to be as successful as possible in the new challenge he has decided to embrace,” revealed W Racing Team CEO Vincent Vosse. “This is exactly why we really wanted to work with him. The test we made at Valencia was extremely positive for both parties, in terms of technical feedback and working approach, and we took things from there. We warmly welcome Vale in the WRT family and I am sure that we are off to a very exciting experience for both.”

This isn’t the first time that Rossi has contemplated a move into four-wheeled racing. In 2006, Rossi nearly gave up his MotoGP seat for a spot on the F1 grid following a test with Ferrari. Luckily, Rossi stuck around to take two more MotoGP championships and countless wins and podiums, but the WRT opportunity came at the perfect time for the 9-time world champ.

“I am delighted to join Team WRT for a full Fanatec GTWCE powered by AWS program,” added The Doctor. “Everybody knows that I have always been a great car racing fan and that I have always been interested in racing on four wheels once my MotoGP career would come to an end. Now I am completely available to devote myself to a car racing program at a high level and with the right professional approach. Team WRT is the perfect fit I was looking for and I am anxious to start this new adventure in the GTWCE with them.”