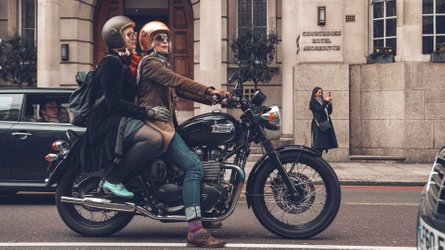 Back in 2015, the United Kingdom’s Highways England department first established a Motorcycle Working Group to thoroughly illuminate the specific roadway needs and challenges of riders in the U.K. The goal was to craft a more inclusive roadway infrastructure, one that could help reduce injuries and fatalities to motorcyclists.

In 2022, Highways England is now officially known as National Highways. In April, 2021, it published its findings in an official document titled Guide to Designing for Motorcyclists. This guide is meant to assist civil engineers in considering the needs of riders, with a view toward decreasing the number of people seriously injured or killed on roads by 50 percent before the end of 2025.

The Guide includes some important statistics from 2019 that it’s hoping to address through improved roadway engineering practices. These include the fact that riders accounted for 0.4 percent of total vehicle miles traveled per year, yet totaled 14.3 percent of fatalities and 17.2 percent of people killed or seriously injured.

Thus, the Motorcycle Working Group suggested a number of measures that roadway designers should consider if they want to take riders—who are, after all, also road users—into account. These include things like utility covers, road markings, surface treatments on roadways, as well as roadside and highway features.

How many times, as a rider, have you been caught out by slippery markings, grates, or manhole covers in the street? Simple solutions like not putting slippery ironwork right where riders are likely to want to put their tires can make a difference with new construction. It’s not clear how much can be done with existing roads, of course, but even gradual changes can be somewhat helpful.

One thing this Guide brings up that’s a bit easier to address is higher-friction road surfaces. Tied to that, of course, is greater consideration of road markings, including their friction qualities, as well as where and how they’re applied. Think about vehicle plate stickers. If you keep putting the new one over all your old ones, you’ll have a big, raised area after a few years. The same thing happens with road marking paint if the old stuff isn’t removed before applying new, which can create an unintentional hazard for bikes, particularly if they retain standing water.

Placement of road furniture, signs, and vegetation is also important—both for visibility, and also as immovable object considerations when crashes occur. These areas are all covered with simple, cleanly laid-out sections in this Guide. Since some care was clearly put into the layout of the Guide itself, hopefully it will become a ready reference for designers who are working to get road casualties down as near to zero as possible by 2040.