When Triumph revealed the new Trident 660 late last year, we had a sneaking suspicion there’d be more middleweight triple-cylinder goodness to come from the Brit brand. For one, the Trident got positive reviews right out of the gate, plus Triumph had already said there would be additional models based on the same platform, using the same 659cc triple-cylinder mill also seen in its Roadster series. Couple that with the increasing popularity of the mid-capacity adventure-sport segment, populated with the likes of Honda’s NC750X and Kawasaki’s Versys 650, and it made sense for Triumph to make its play. 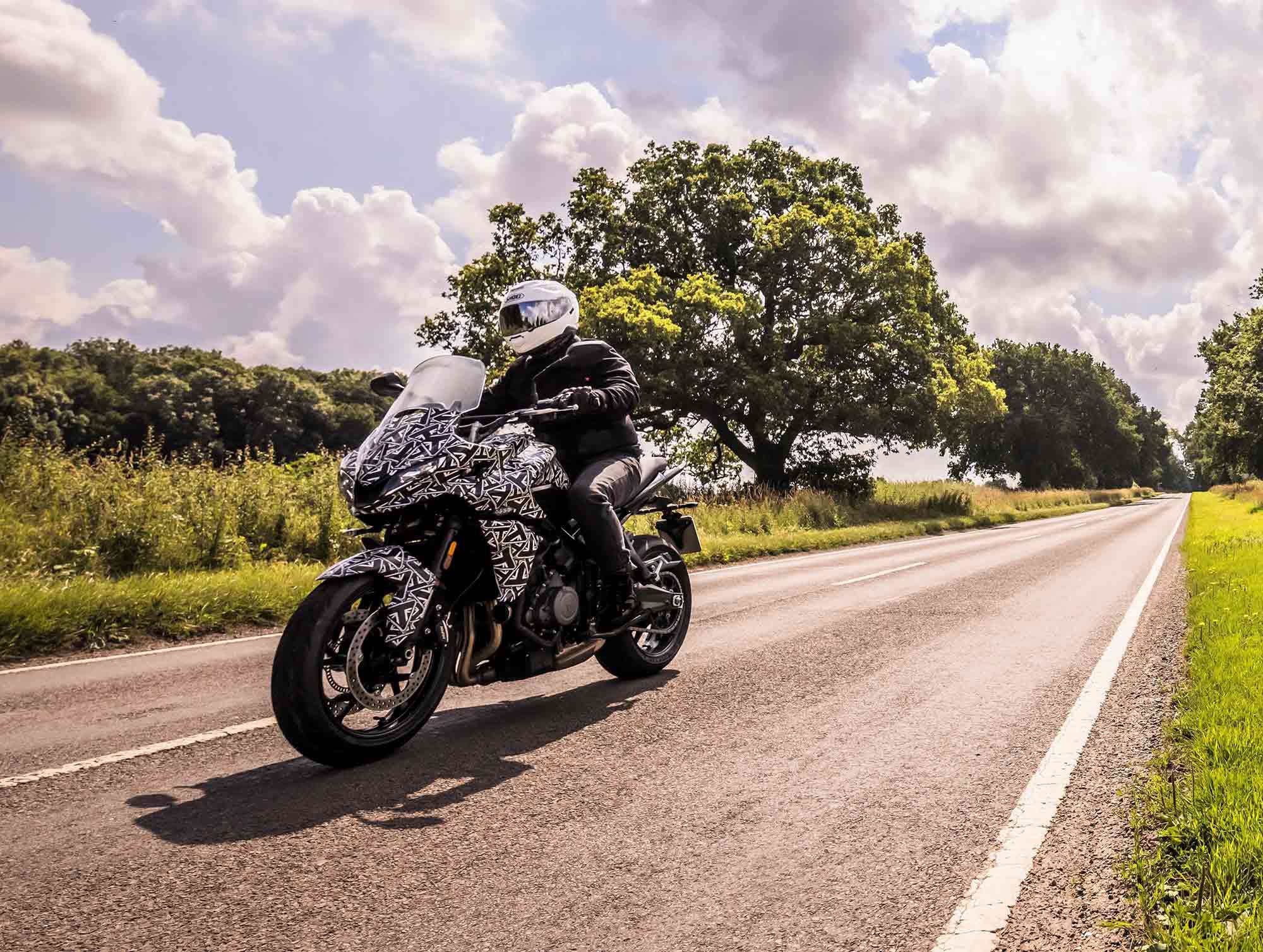 While ergonomics on the new Tiger still look upright, obvious differences like new bodywork and a bigger tank make their mark. (Triumph Motorcycles/)

After overseas rumors of the Tiger 660 and 660 Sport continued to percolate (and spying an adventure-sport model rendering next to a Trident image from a Triumph dealer meeting last winter), it looks like that new model is just about ready to drop, with Triumph just releasing these “spy” shots of the final prototype of the Tiger Sport 660.

What that means for the smallest Tiger is that we’ll likely see the same 659cc three-cylinder liquid-cooled 12-valve DOHC motor from the Trident, which produced 72.05 hp at 10,200 rpm with a peak torque reading of 42.85 pound-feet at 6,660 rpm on our in-house dyno. But given the new model’s more aggressive positioning, it’s likely the Tiger Sport 660′s engine will get a sportier tune, so torque and horsepower numbers, and where those peaks come, are sure to reflect preferences in the segment. 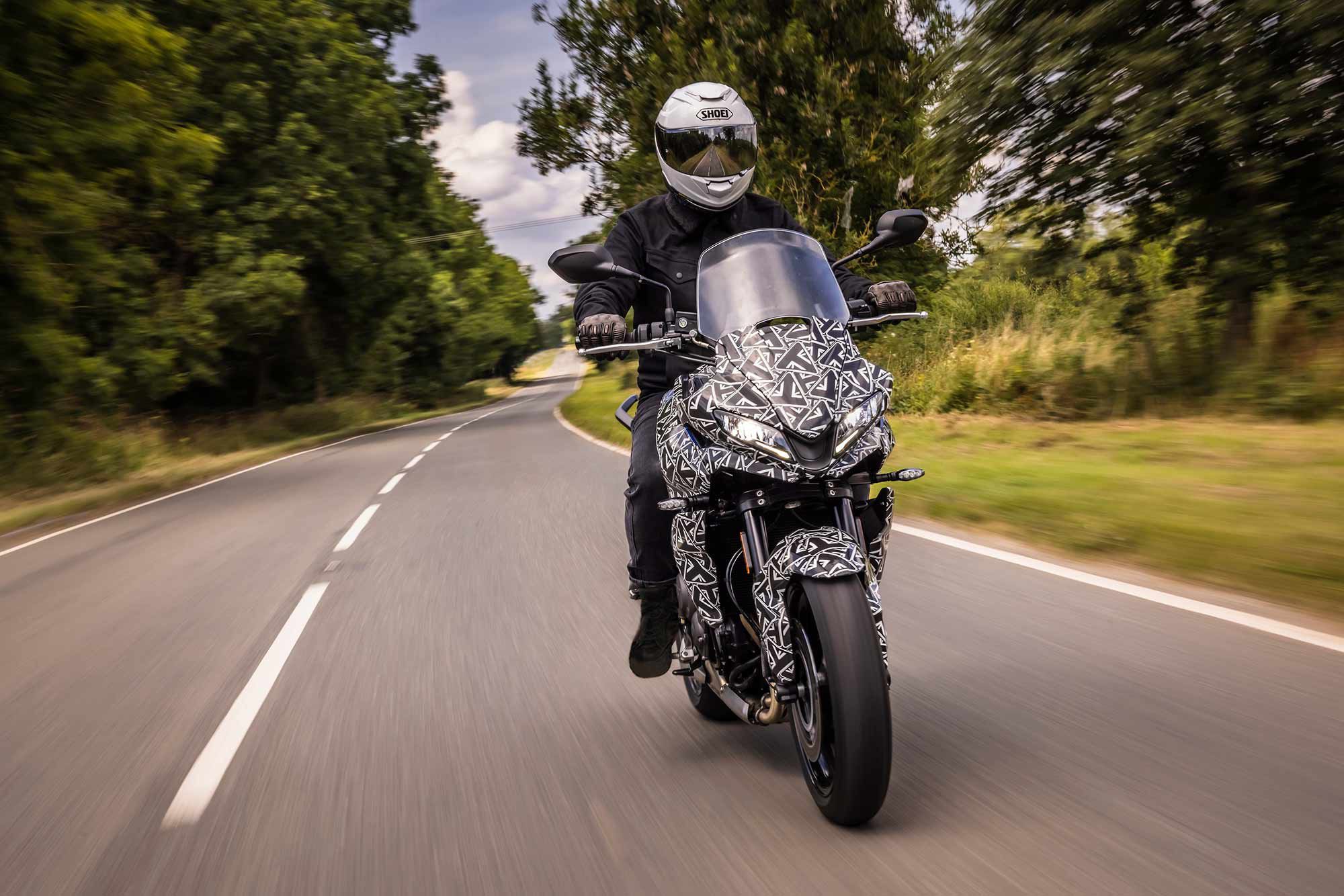 As suspected, the Trident’s chassis and powertrain appear to be carried over, but the prototype employs its own distinctive bodywork with a taller and differently shaped fuel tank (likely to have increased capacity) and a tall touring shield mounted up front. The low-slung exhaust confirms the street intent and we can see there are dual Nissin brake calipers up front, as with the Trident. The inverted Showa fork looks like the same nonadjustable unit, and there’s also likely to be the same preload-adjustable monoshock at the rear. The Tiger 660 Sport is also expected to offer similar electronic rider aids, with things like traction control, two riding modes, and ABS offering additional safety while still keeping costs in check and staying within the parameters of the existing competition. 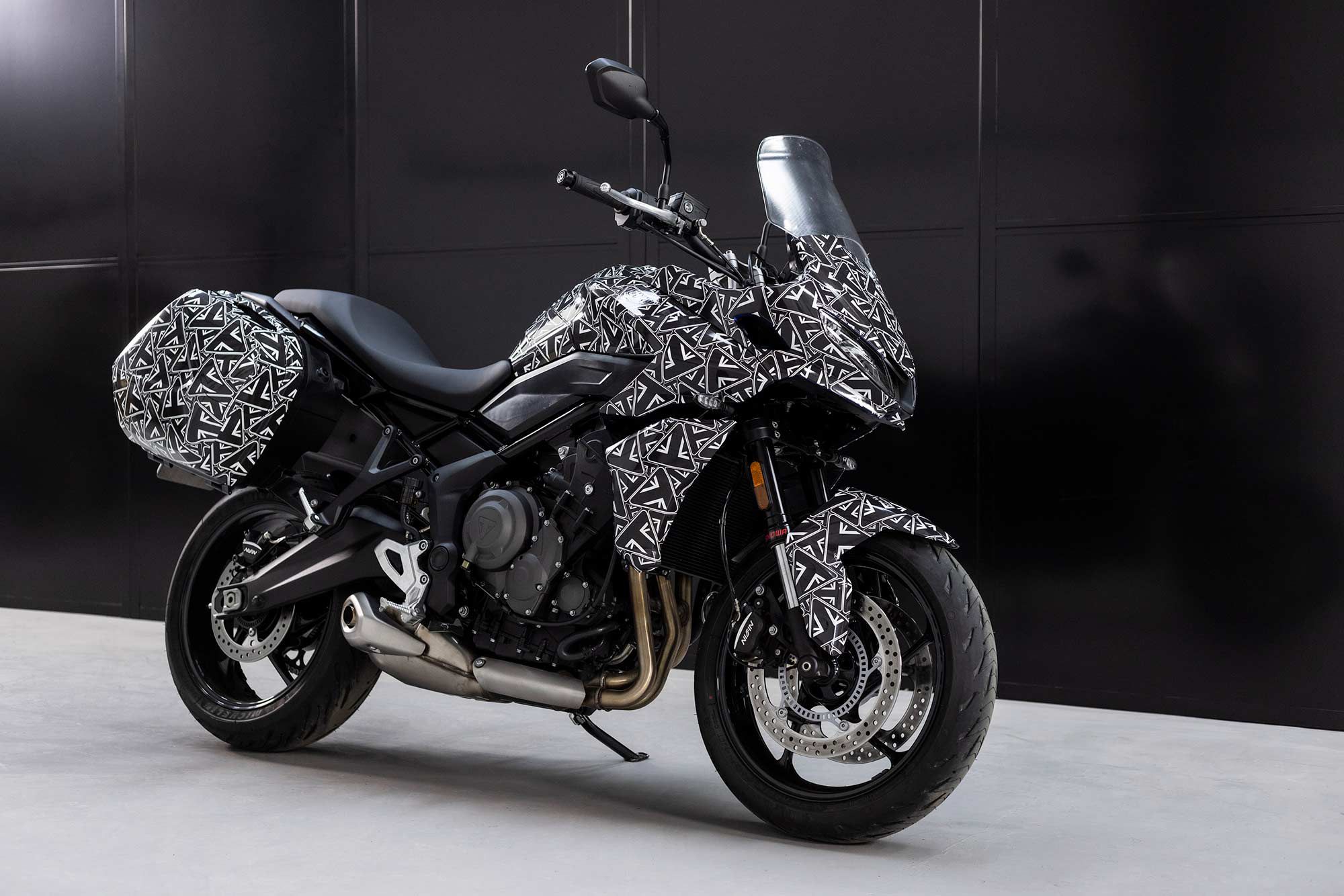 With this image, Triumph hints there will be a luggage-equipped version of the Tiger Sport 660 as well. (Triumph Motorcycles/)

With the entry-level Trident currently priced at $8,195, or right between the Honda’s and Kawasaki’s price tags, we can reasonably guess the Tiger Sport 660 would ask a slight premium over that, possibly in the $8,500 range. But with these images confirming that the bike looks fairly close to launch, we’ll find out soon.