Here at MotorBikeWriter, we pride ourselves in bringing you news curated from all over the globe. We don’t discriminate, and there’s nothing that tickles us a prettier shade of pink than when we are digging up little gems for you to grin at on a dreary Monday afternoon. 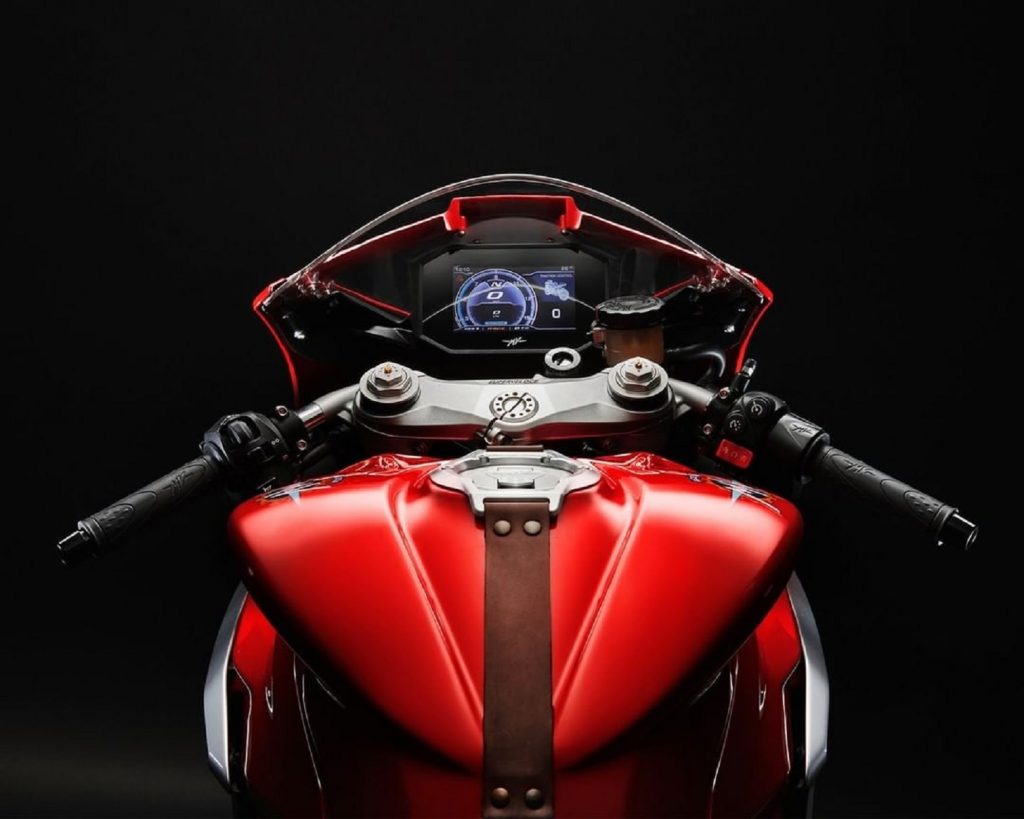 So, without further ado, here is a showdown courtesy of Visordown, where the fresh specs of the newest Triumph Speed Triple 1200 RR are pitted against Italy’s MV Agusta Superveloce F3 800 track-focused bike – the closest rival to the Triple in today’s two-wheeled market.

The report states that finding competition for Triumph’s new plaything wasn’t easy.  With the company branding the bike as a ‘modern cafe racer,’ the fact that it is a proper sports bike was lost a bit in the shuffle.

Hence, the hunt was on to find a ‘modern cafe racer’-style bike that sat around the 150 to 180hp mark, yet featured a similar aesthetic when it came to looks (no sense in choosing something with race fairings that might have an advantage and cut the wind better. We’re trying to be fair here).

Thank heavens the Italians are still in the business of style and speed – and given that the Superveloce F3 800 boasted a bloodline straight from the track, it made sense to hike it up for perusal next to the Speed Triple.

The first score between the two beasties had to do with APPLICATION – an interesting category, especially considering that the MV Agusta Superveloce is technically a track bike outfitted for the road.

That being said, the Superveloce’s tweaks have made it more than happy on pedestrian pavement – from the roomy cockpit to the more logical and reasonable handlebars and footrests.

The second score? You know we had to…PRICING.

The MV Agusta is a bit of a deeper dent in the pockets, with the two flavors (standard and S variants) setting you back anywhere from £18,550 (standard) to a hefty £21,110 for the S variant.

For CHASSIS AND ELECTRONICS, you really can’t get better than the Öhlins EC 2.0 electronic suspension system on the Triumph Speed Triple 1200 RR.

By contrast, the Fully adjustable Marzocchi forks and Sachs shock absorbers on the Superveloce don’t quite make the mark.

The Agusta DID come through with the Brembo brakes, though – four-piston monobloc calipers biting down on 320mm discs, married to a Continental MK100 ABS system with rear lift intervention and cornering function.

Now the next category – ENGINE, POWER, AND TORQUE.

Both these beautiful beasties feature an inline three-cylinder engine, though admittedly, here’s where things get a tad unfair.  The Italian puts 148 pretty ponies to the test with 800cc of displacement and 65 lb-ft torque at 10,600 rpm – a far cry from the 1160cc and 177 hp kicking out 125 NM peak torque in the Speed Triple RR (and RS).

And the final category – USEABILITY. 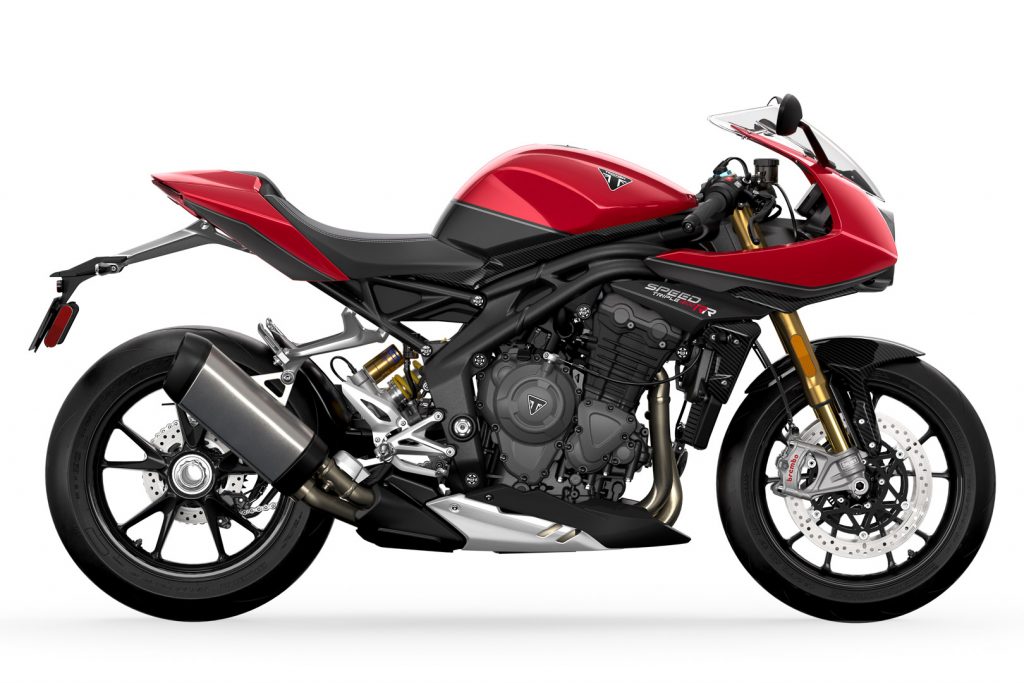 Visordown states that the MV Agusta Superveloce F3 800 is undoubtedly a gorgeous choice for the comparison but is limited by a few factors; namely, the more extreme riding position, the less-than-comfy seat, condensed chassis that is less-than-friendly to giants like me, and the all-or-nothing engine that we have come to adore from MV Agusta.

The conclusion? Being created from a road bike, the Triumph Speed Triple RR appears the better of the two options with smoother handling, roomier body, and even the rather simple fact that it was built around a road bike – a motorcycle designed to be ridden with comfort in mind, despite the outrageous power output.

Stay tuned for updates, as we are told that test rides will bring much more to light along these general lines.

While you’re here, make sure to check out the Triumph Lineups, as well as some lists of attractive bikes from the ’90s that we have curated, especially for your perusal.

Clearest image yet shows how new Honda Transalp could look