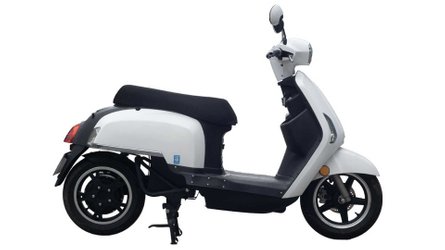 Surely, the origin of a product, especially one as coveted as our beloved two-wheelers, plays a role in its value—at least so in terms of perception. Nonetheless, it goes without saying that some of the finer things in life are strongly associated with their place of origin. Think Belgian chocolate, Italian Mozzarella Cheese, and sure, Aussie Vegemite.

The same goes for bikes, too, with European, American, and Japanese-made bikes holding more prestige than those of, let’s just say, other Eastern countries. That said, French mobility startup Mob-ion takes pride in its newest scooter, the AM1, with its certified made-in-France status as one of its main selling points. Surely, the Mob-ion AM1 has the goods to back it up. It has an AFNOR accreditation, which is one of the most stringent in the industry. It stands for Association Française de Normalisation, and in order to show this mark, it must mostly be made in France, with at least 50 percent of its production taking place in the country.

This is the case with the AM1, which has a battery made in Artigues-près-Bordeaux. Meanwhile, in the Nantes suburbs, all of the electronic systems that surround the battery and powertrain are created and manufactured. In all, roughly 70 percent of all the components of the electric scooter are produced in France. With the addition of multiple production lines, Mob-ion plans to increase this percentage in future years.

From a tech standpoint, this L1e certified electric scooter, which falls under the moped category, is driven by a brushless motor with a nominal output of 3 kW. It’s powered by two batteries under the saddle that give it a range of up to 121 miles. The batteries may also be fully charged in only two and a half hours. The AM1 comes with a reverse gear and a GPS system, as well as an anti-theft feature that allows the user to disable the scooter remotely from a smartphone or computer.