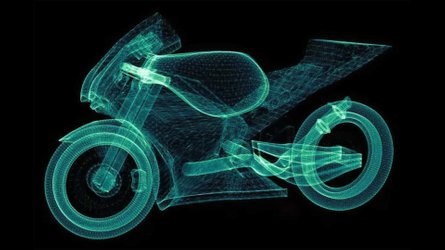 Ukrainian tech company Intellias creates software solutions for a number of different industries. While it’s been operating in the automotive space for some time, CES 2022 featured the debut of a self-balancing motorcycle concept from Intellias. It’s positioning this idea as one that could potentially “allow autonomous control of the vehicle at low speed,” according to a statement.

The system, as you might expect, utilizes sensors that keep track of your bike’s movements. According to Intellias’ own description, “the automatic system monitors the angle of deviation from the vertical axis and the rate of descent, and adjusts the position of the motorcycle, moving the handlebars in the right direction to stabilize.”

The company envisions this system as being particularly helpful to “new drivers” (sic) who may have a difficult time balancing while moving at slow and even moderate speeds, particularly in stop-and-go traffic and congestion. As with previous self-balancing motorcycle concepts, there’s of course also an argument to be made for disabled riders, who may find themselves able to enjoy a bike again with the advent of helper technologies like this. Those are extremely cool, positive use cases for a system like this.

However, a different question inevitably arises within the minds of people who already love riding motorbikes. There are often some fundamental differences in how drivers and riders approach their vehicles, and sometimes devices like these make it seem like we’re definitely not speaking the same language. Anecdotally, I can tell you I’ve known plenty of drivers who don’t enjoy their cars, and who in fact view driving as nothing more than a necessary chore. When’s the last time you met a rider who felt that way about their bike, though? You probably haven’t.

That divergence in thinking is why most riders find the idea of autonomous or partly-autonomous bikes, um, distasteful (to put it politely). If you have a bike that can ride itself, what’s even the point of riding a bike? We ride primarily for the fun and enjoyment of the entire experience. Accomplishing errands or getting to places we need to go is an added bonus, but we could’ve taken any other form of transport to do the same thing. We chose to ride somewhere for one or more Reasons (capitalization both intentional and emotional).

What happens when you try to lean through a corner on a bike equipped with software like this? Will it try to wrestle your bike back into its perceived perfect position, so that it’s perfectly upright? That’s a whole world of no right there. Sure, sensitivities can no doubt be tweaked, and perhaps if this tech is someday implemented in a road-going bike, riders will have the choice to simply turn it off. While many modern rider aids make tons of sense (dynamic traction control and ABS come to mind), this only seems like a potential positive in very specific use cases.