The sports touring category just got a lot more exciting. Suzuki has taken the wraps off its new GSX-S1000GT, which will sit above (and is based on) the recently updated GSX-S1000. The new model replaces the GSX-S1000F and comes with many features that make it a proper contender in the segment.

Powering the new GSX-S1000GT is the same GSX-R1000-derived 152bhp, inline-four unit that’s also at the heart of the naked GSX-S1000. Visordown reports that the recent Euro 5 update brought a revised camshaft, a new airbox and exhaust, and a slipper clutch. The recent update to the GSX-S1000 also brought the addition of an electronically actuated throttle, and the feature will likely make its way onto the GT, as well. 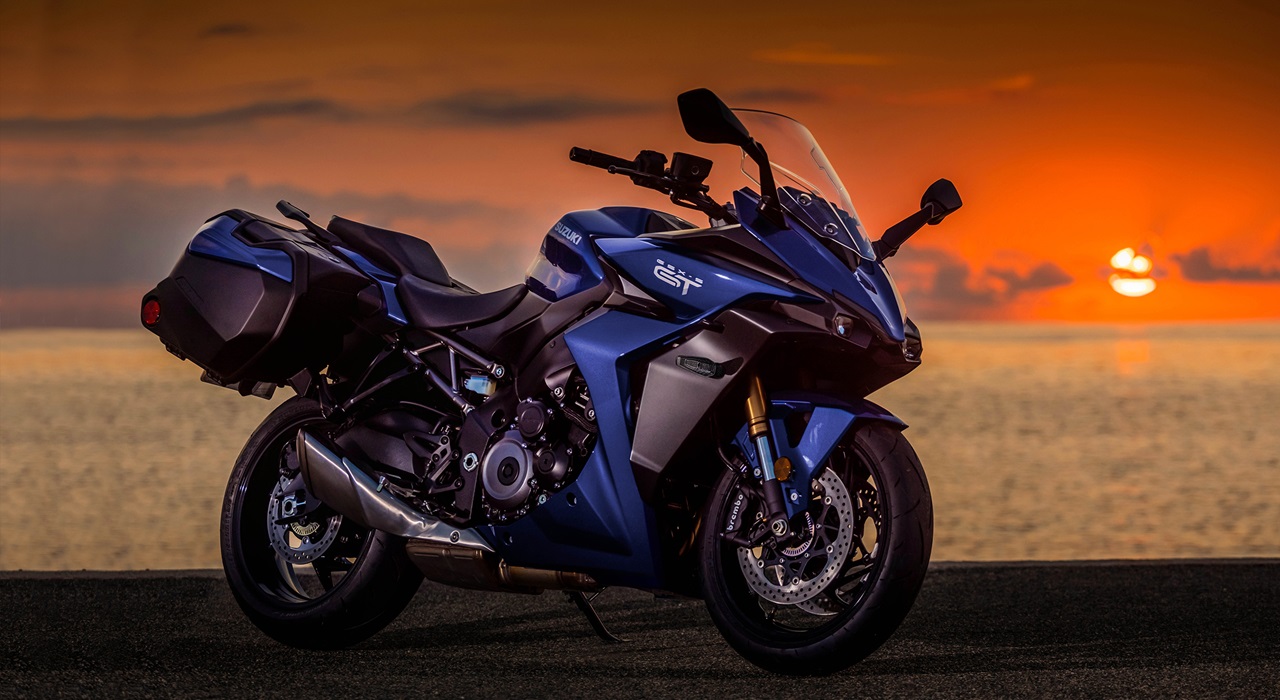 The chassis components on the GT have been borrowed from the S1000, as well – the frame is the same, but the subframe has been tweaked to support the additional weight of a pillion or luggage. The KYB-sourced USD fork and mono-shock, as well as the Brembo brakes, have been carried over, too. The GT sets itself apart with the wheels – while the GSX-S1000 uses three-spoke wheels, the GT gets lightweight six-spoke alloys that wear Dunlop Roadsport 2 tires. 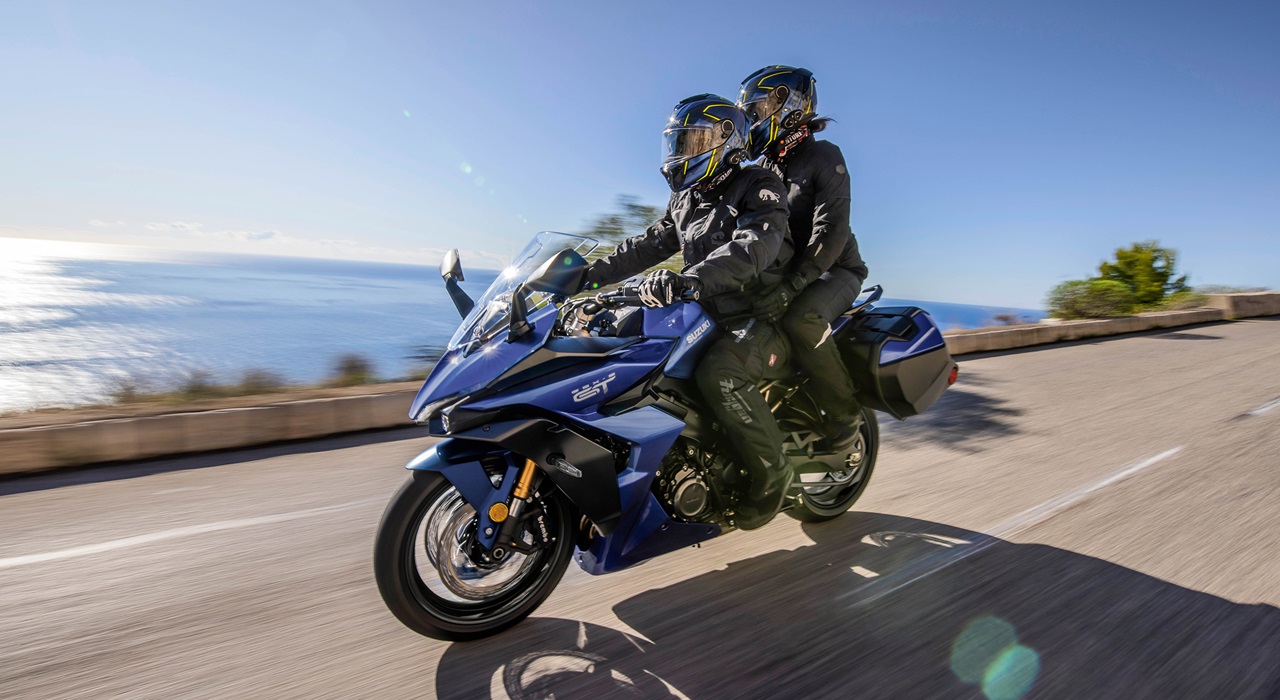 Another significant change, when compared to the bike it replaces, is the design. Just like the new GSX-S1000, it’s unlike any other model in the Japanese manufacturer’s current portfolio and points towards a new design language that Suzuki is heading in. The main fairing features a slightly elongated, almost beak-like nose with twin-pod headlights. Behind this fairing is an all-new 6.5” TFT screen that allows for navigation, call features, music selection, and more.

The new GSX-S1000GT has been added to the Suzuki US website, but prices have yet to be announced. Given the additional hardware, we expect it to come at a premium compared to its street-naked counterpart.

Reckon you can get your elbow down on a motorcycle at 1...