Honda has a raft of upgrades in store for its RC213V as it prepares for the 2022 MotoGP. To work the kinks out of the heavily-revised prototype race machine, Honda Racing Corporation (HRC) and Stefan Bradl joined the Superbike World Championship (WSBK) pre-season test at Spain’s Jerez Circuit on January 26-27, 2022. Following the two-day session, HRC and Bradl flew to Kuala Lumpur, Malaysia, for the MotoGP Shakedown Test at the Sepang Circuit.

While the team and test rider arrived at the circuit in time for the three-day test, Bradl’s bike and gear were marooned in United Arab Emirates. With no time to spare and a host of new components to test, the HRC team scrambled to assemble a makeshift RC213V from the available parts at the Sepang track. As a result, number 6 missed the first day of the Shakedown Test, but he was back in action the following day.

“Honda showed in this situation that they react quickly in such an emergency,” revealed Bradl. “When the going gets tough, HRC is able to come up with an improvised solution and turn the crate into a pristine race bike. On Tuesday I had a fully functional and competitive new bike at my disposal.” 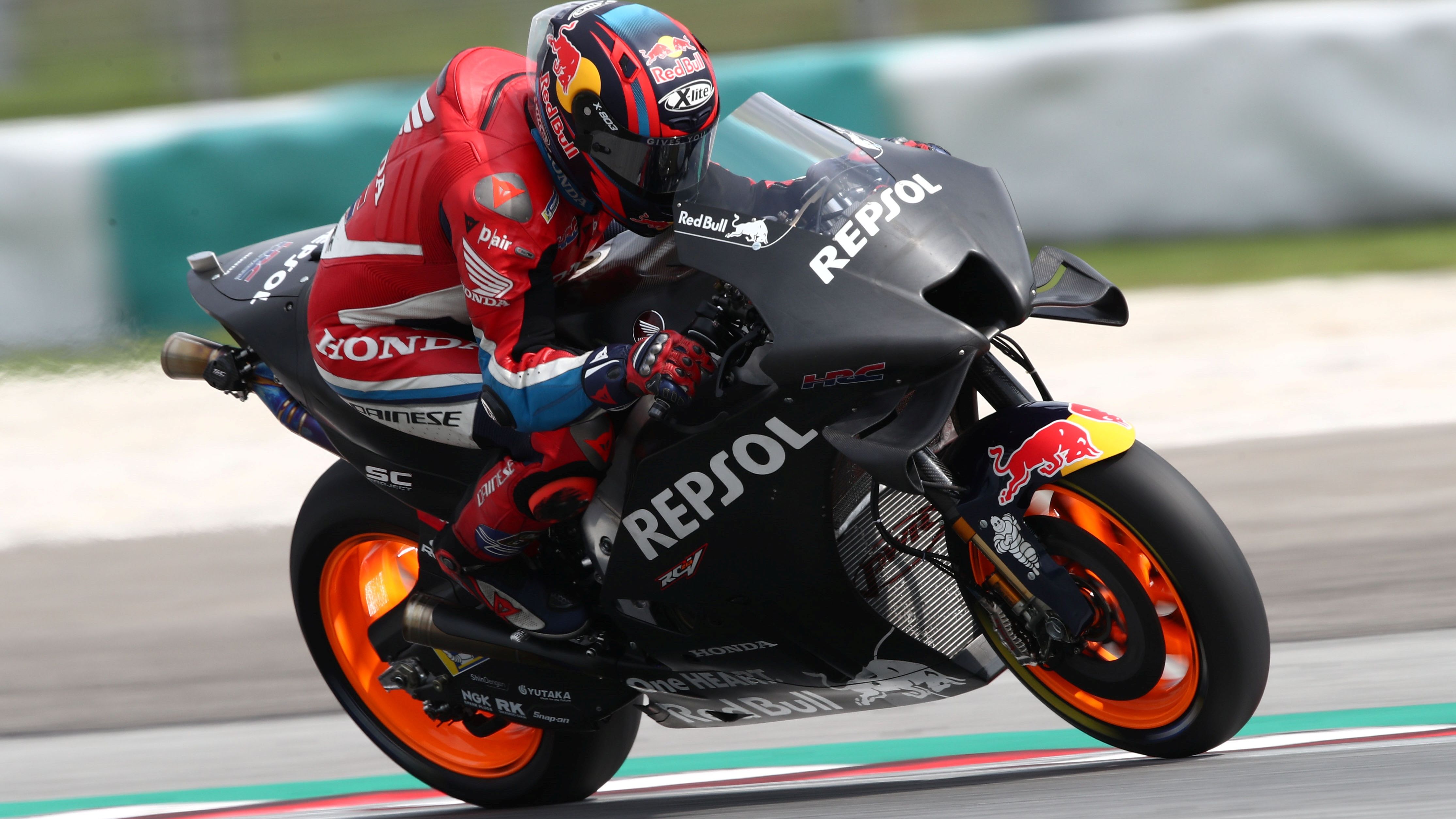 The German rider’s steed may have been sorted, but he also needed a race suit, gloves, and boots to join the proceedings. Luckily, Repsol Honda rider Pol Espargaro’s gear was already in Malaysia. Bradl was also fortunate enough to share Espargaro’s dimensions, with both weighing in at 138 pounds and Espargaro enjoying a slim, one-inch height advantage at five feet, seven inches. Despite that likeness, the Honda test rider still found Espargaro’s gear ill-fitting.

“It would have been nice if it had been my own Dainese leather, but it was from Pol Espargaro,” admitted Bradl. “I really had to squeeze myself in there. His boots and gloves were a size too small for me! It wasn’t until Wednesday after the lunch break that I rode my own stuff, meaning the red HRC leather.”

Both Espargaro and Bradl are Dainese-contracted riders, which allowed made Espargaro’s suit the perfect choice compared to the Alpinestars suit donned by Marc Marquez. Fortunately, Bradl also had the foresight to bring an extra X-Lite helmet with him on his flight, as Espargaro wears an HJC lid and Marquez is sponsored by Shoei.

After Bradl’s standard gear and bike arrived, he trimmed nearly a second off his fastest time recorded on the first day of the test. The HRC team and test rider have a ways to go before the RC213V is ready to consistently fight at the front of the MotoGP pack, but with all the pieces in place again, they’re definitely taking steps forward.

Sepang MotoGP Test Preview: Making Sense of All the Changes