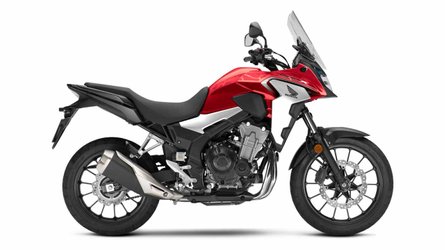 On September 2, 2021, American Honda Motor Company issued a recall for certain 2019 and 2020 CB500X and CBR500R ABS models due to a potential brake fluid leak caused by improper grease application during assembly. In the event that brake fluid does leak, braking distance without ABS activation could increase, which could also increase the risk of a crash.

Approximately 262 total bikes could potentially be involved in this recall, with Honda estimating that only around one percent of bikes sold in the U.S. may be affected. After a thorough check of manufacturing records, Honda estimates that the number of bikes affected breaks down by year and model as follows:

On affected bikes, Honda says that excessive grease was applied to the O-ring of the reservoir piston on the ABS modulator. Following continued use, the grease may attract foreign matter to it (like dirt or debris), which can get pinched in the check valve under braking. That could, in turn, cause a brake fluid leak, leading to an increased braking distance and greater potential for a crash.

Honda previously issued a recall regarding this issue for certain 2020 model year bikes in non-U.S. markets, and the National Highway Traffic Safety Administration was notified of this issue at that time.

As of August 26, 2021, Honda has not received reports or claims regarding crashes or injuries as a result of the issue addressed in this recall. The OEM is, however, issuing this recall in the interest of continued safety. Registered owners of affected bikes will have their ABS modulators replaced free of charge via authorized Honda Powersports dealers.