Some 2015-2021 Yamaha FJRs May Not Accelerate As Expected 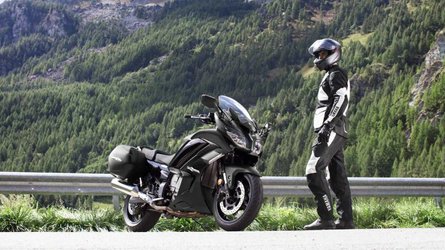 On November 30, 2021, Yamaha issued a safety recall for certain 2016 through 2021 FJR 1300 motorcycles due to overly restrictive engine control unit (ECU) programming that was installed on a previous recall. This could prevent a rider accelerating as they expected, which could in turn increase the risk of a crash. However, if riders did not have the previous recall service performed, they still need to heed this more recent recall because older recall also involved replacement of a potentially faulty second gear that could break under stress.

Yamaha Motor Corporation U.S.A. estimates that 2,462 bikes are potentially affected, or around five percent of the population. Affected bikes were produced between December 1, 2015 and August 31, 2021. The range of VINs affected is as follows, with all VIN ranges being non-sequential:

Yamaha advises riders of affected motorcycles to not ride their motorcycles until after the recall repairs have been performed. The previous recall was National Highway Traffic Safety Administration campaign number 20V-813, and if your FJR was previously repaired under that recall, you will need to schedule a new service with your local authorized Yamaha dealer to address this issue. If you did not previously have that service performed, you still need to schedule recall service because the main axle and drive axle assemblies must be replaced with stronger parts.