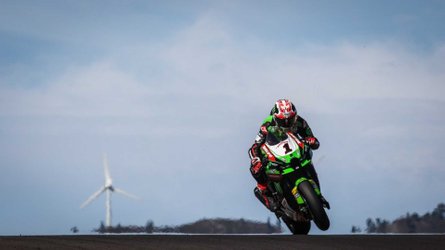 Six-time WSBK champion and proud Northern Irish rider Jonathan Rea certainly started the year 2022 out on a high note. At the end of 2021, he was officially named to the Queen’s New Year Honours List for 2022 for the second time in his motorcycling career. Back in 2017, Rea was made a Member of the Order of the British Empire, or MBE To start off 2022, however, Rea has now officially been made an Officer of the Most Excellent Order of the British Empire, or OBE

For those unfamiliar, the Order of the British Empire was first instituted in 1917 by King George V, as a way to reward services to the British war effort during WWI by people who were not on the front line. Over time, these honors were eventually extended to civilians, which leads us to the current day.

In 2022, there are four levels of honor, in order of precedence:

Jonathan Rea’s official OBE entry in The Gazette, which is the official journal of public record for the kingdom, simply lists his OBE as being awarded to “Jonathan REA, M.B.E. For services to Motorcycle Racing.” While it’s not uncommon to hear of notable British actors, actresses, musicians, and professional athletes outside of motorsport receiving such awards, it doesn’t often happen for racers—and particularly motorcycle racers.

In 2021, John McGuinness received an MBE, but the list of bike racers to achieve both OBE and MBE status is vanishingly small, consisting of Joey Dunlop and John Surtees—the latter of whom was also awarded a CBE in 2016 for services to motorsport.

To celebrate Rea’s momentous achievement, the Belfast News Letter invited the man himself to pen a special guest column in hono(u)r of the occasion. The column is planned to be published in two parts, with the first part having gone up on January 8, 2022 and the second part due out on January 15, 2022. Since it’s now January 10, 2022 as we’re writing this, only his first column is available to read thus far.

Rea wrote, “It was quite a cool experience and I’m really humbled. I’m not big into stats or awards, but the only other person I can think of in our sport who has an MBE and OBE was Joey Dunlop, so that’s incredible and I’m in great company. It makes it all the more special for me, especially given my family connections to Joey through my grandad, who sponsored Joey, and my dad, who of course raced against Joey. It’s an honour for me to be able to fly the flag for our wee country on the world stage like Joey did.”

We’ll link Rea’s column in our Sources so you can read the whole thing, but congratulations once again to one of the greatest WSBK racers in the sport on this achievement.

5 Safety Features To Look For In A New Car