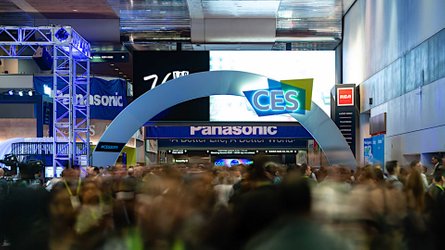 We’ve seen more motorbike and motorbike-adjacent news come from the annual Consumer Electronics Show lately. Since it traditionally takes place in January each year, that meant that while the 2020 event took place as usual, the 2021 event was, by public health necessity, a completely virtual affair.

However, since COVID-19 vaccines began to roll out worldwide in 2021, CES organizers have been planning on a triumphant return to an in-person event for 2022. In fact, as of December 22, 2021, CES 2022 is currently scheduled to take place, live and in person, from January 5 through 8, 2022 in Las Vegas, Nevada. Proof of vaccination is required for all attendees in order to pick up their badges at the event, and a raft of other mitigation measures are also clearly spelled out on the CES webpage.

Unfortunately, as the new Omicron coronavirus variant continues to spread both in the U.S. and around the world, several major attendees have already announced that they won’t be coming to the event in person after all. So far, Amazon, AT&T, iHeartRadio, Meta (formerly known as Facebook), Nvidia, Pinterest, T-Mobile, and Twitter have all pulled out of their previously planned attendance. As well, tech publications including CNET, Engadget, TechCrunch, TechRadar, Tom’s Guide, and the Verge have publicly stated that they don’t want to endanger their journalists by sending them to the event in person.

No matter where you live, it’s likely that you’re seeing a number of mitigations at local, regional, and national levels in response to the rise of this new and worrying variant. While CES organizers so far intend to go ahead with the event as planned, it won’t be surprising if other attendees also pull out in the coming days. To that end, it’s also unlikely that anyone would be surprised if organizers did opt to shift to an online event as public health circumstances shift.