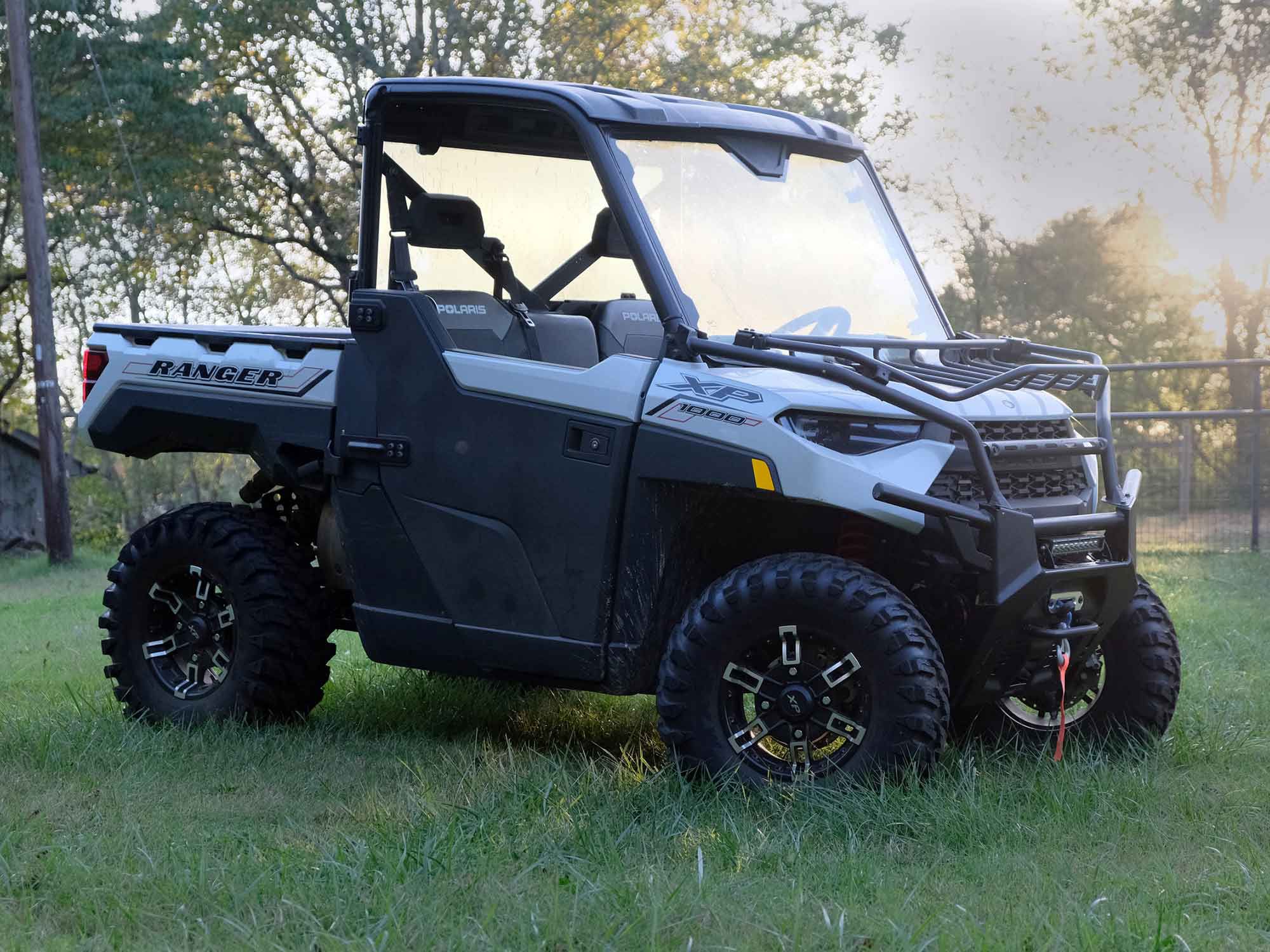 When the 2021 Polaris Ranger XP 1000 Trail Boss rolled into the driveway at the end of 2020, none of us had any idea just how much use this utility rig would see, or just how long it would be with us. To send off the machine properly, we wanted to recap all the adventures and memories we had over the last year. 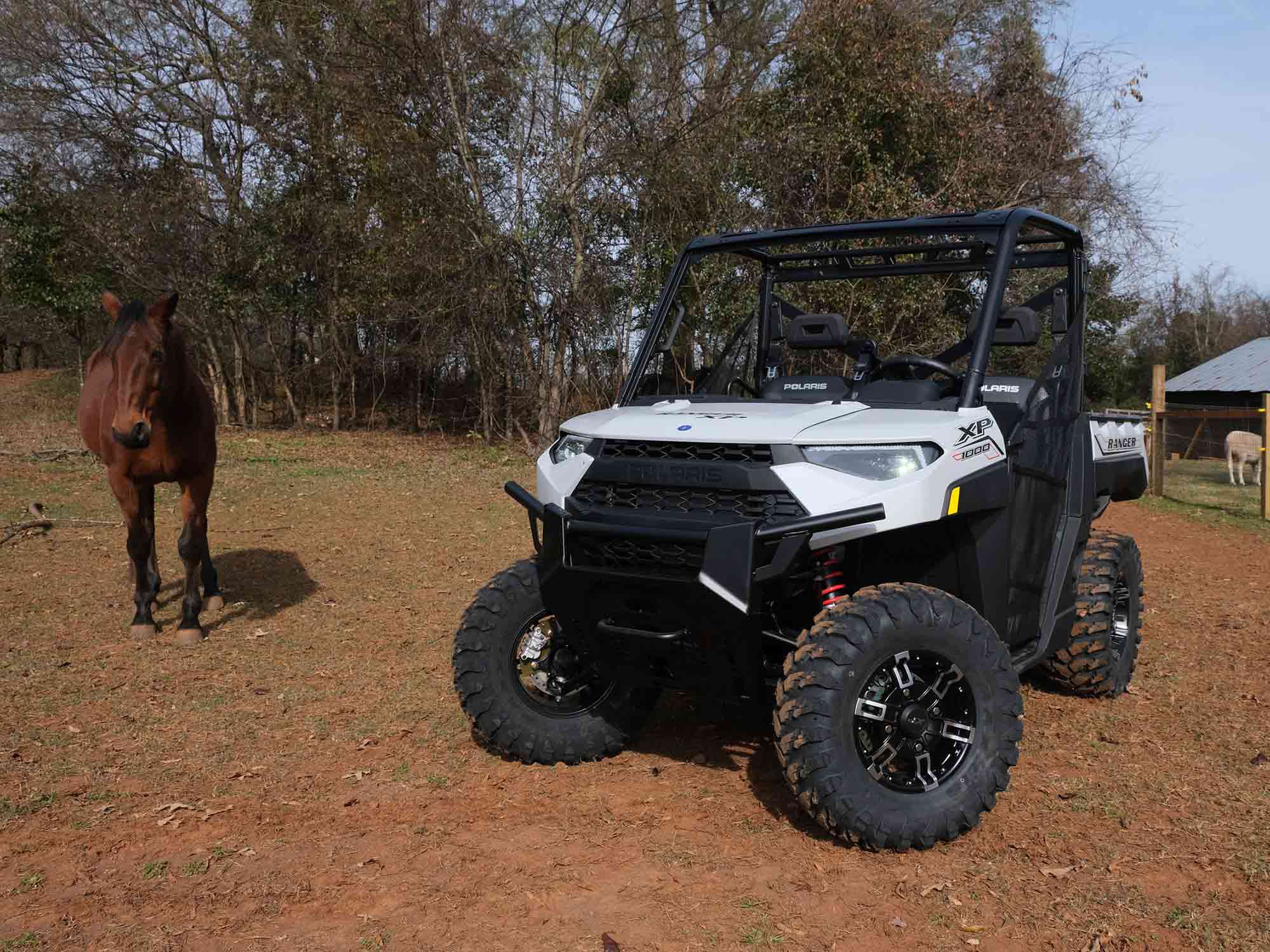 We loved the improvements made for 2021. The stiffer chassis reduced flex when moving over rough terrain, the standard LED lights were impressively bright, and the hefty cargo and towing capacities allowed us to expand the amount of work we could get done around the farm. 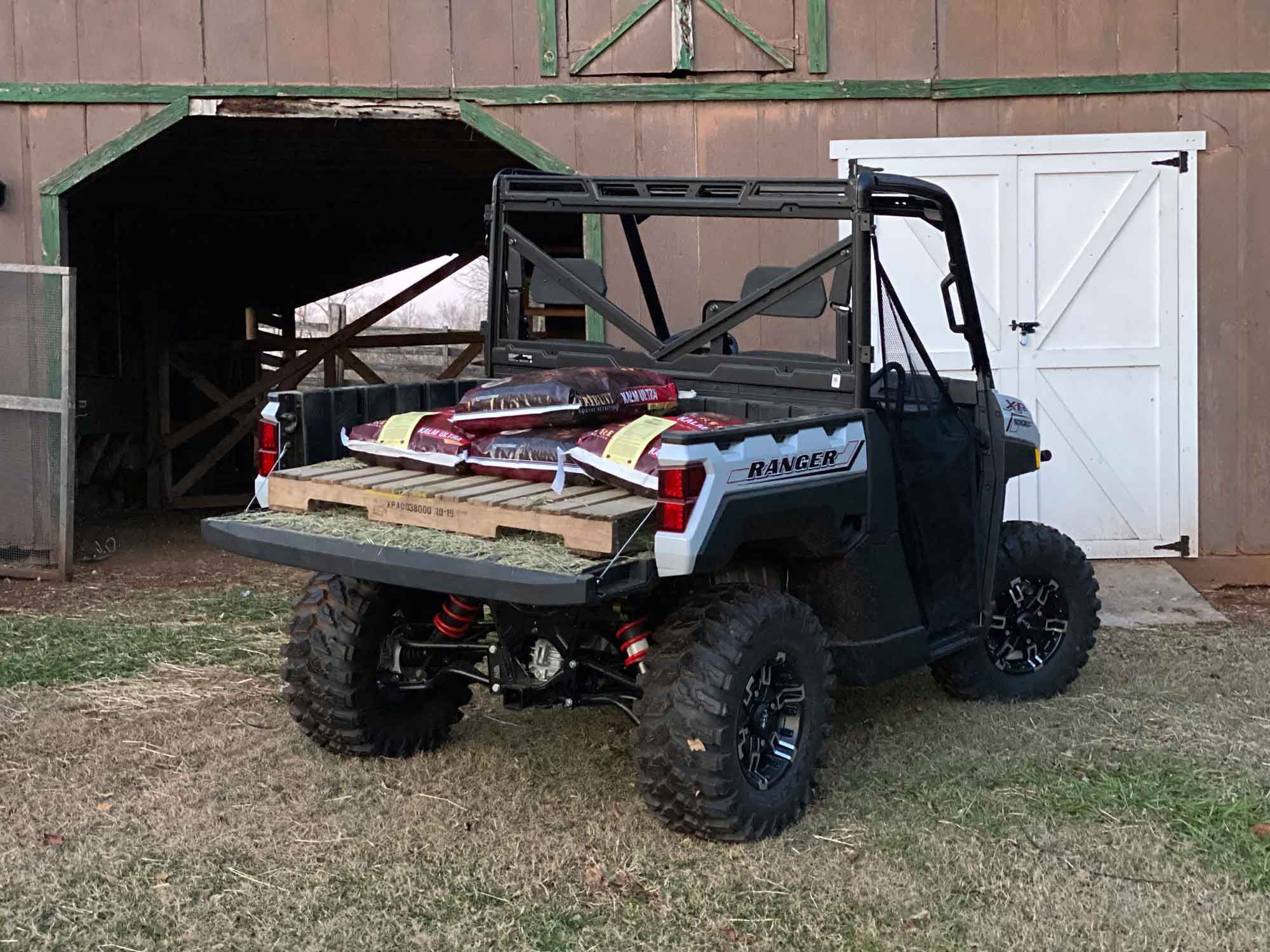 We started with light loads on the farm, but things escalated quickly. (Christian Moe/)

In our first review we found the Ranger to be an ideal tool for the life of a hobby farmer. The bed is just large enough to fit about 10 bales of hay, and the dump mechanism made unloading easy. During a major rainstorm, the 29-inch Maxxis tires did their job, clawing through the muck and giving us easy access to check the fence lines around the property. There were some complaints about the lack of standard features like a roof. This is also the start of our woes and complaints with the finicky factory fabric doors, a problem Polaris solved on ‘22 models. 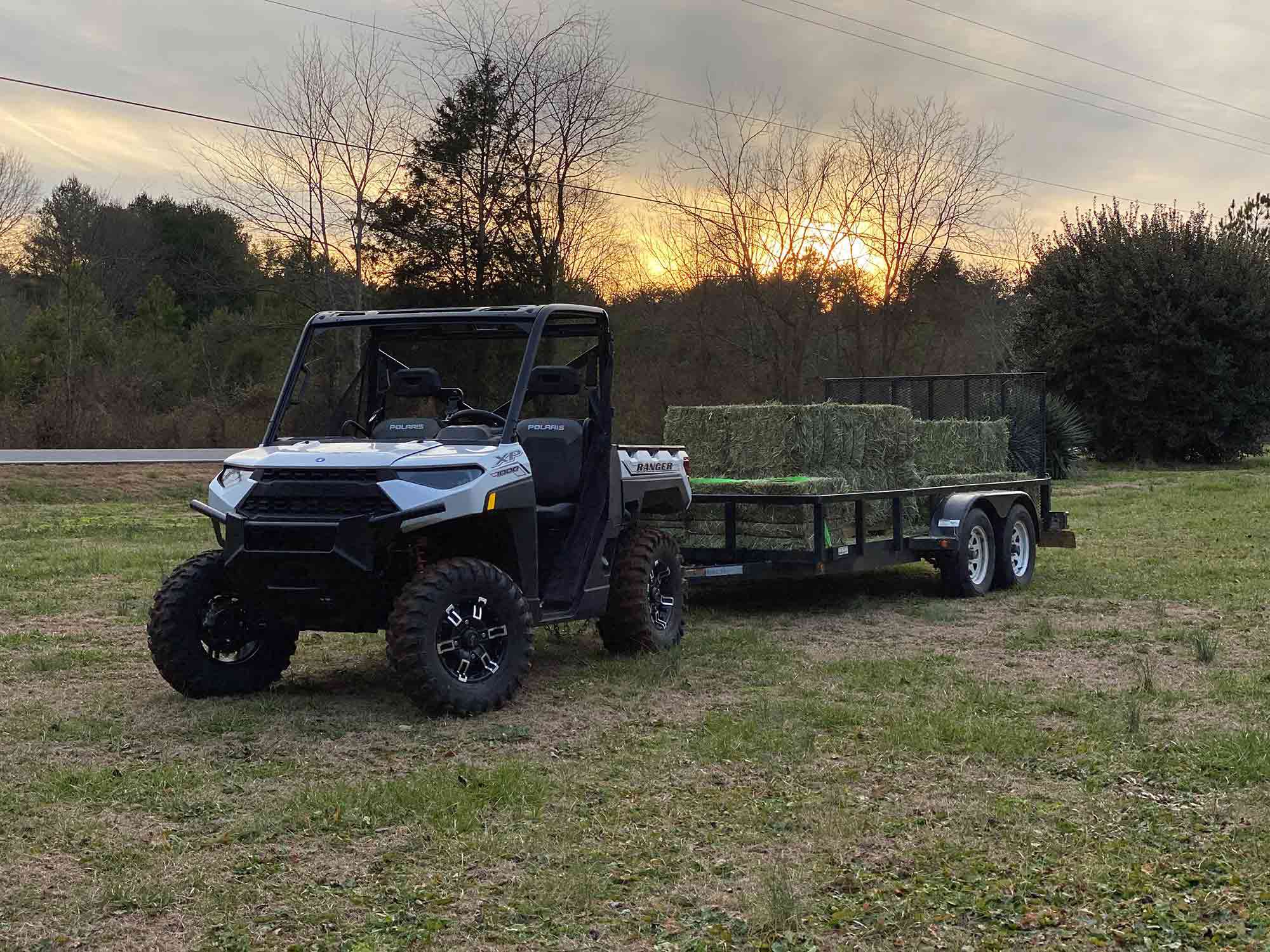 By the end of winter, the pain points were beginning to show. In our second review, we noted that the aggressive tires that were so great in the mud were also very good at destroying yards and fields. Record rainfall amounts meant the lack of a roof was changing from a nuisance to a deal breaker. We also began running into overheating issues as we pushed the limits of the towing capacity. Turns out our radiator fan was never plugged in at the factory. Once that was sorted, we never had overheating issues again. Despite the complaints, the Ranger still worked hard. From ripping out old fences, building new ones, or just going for a leisurely ride, the Ranger saw constant use. 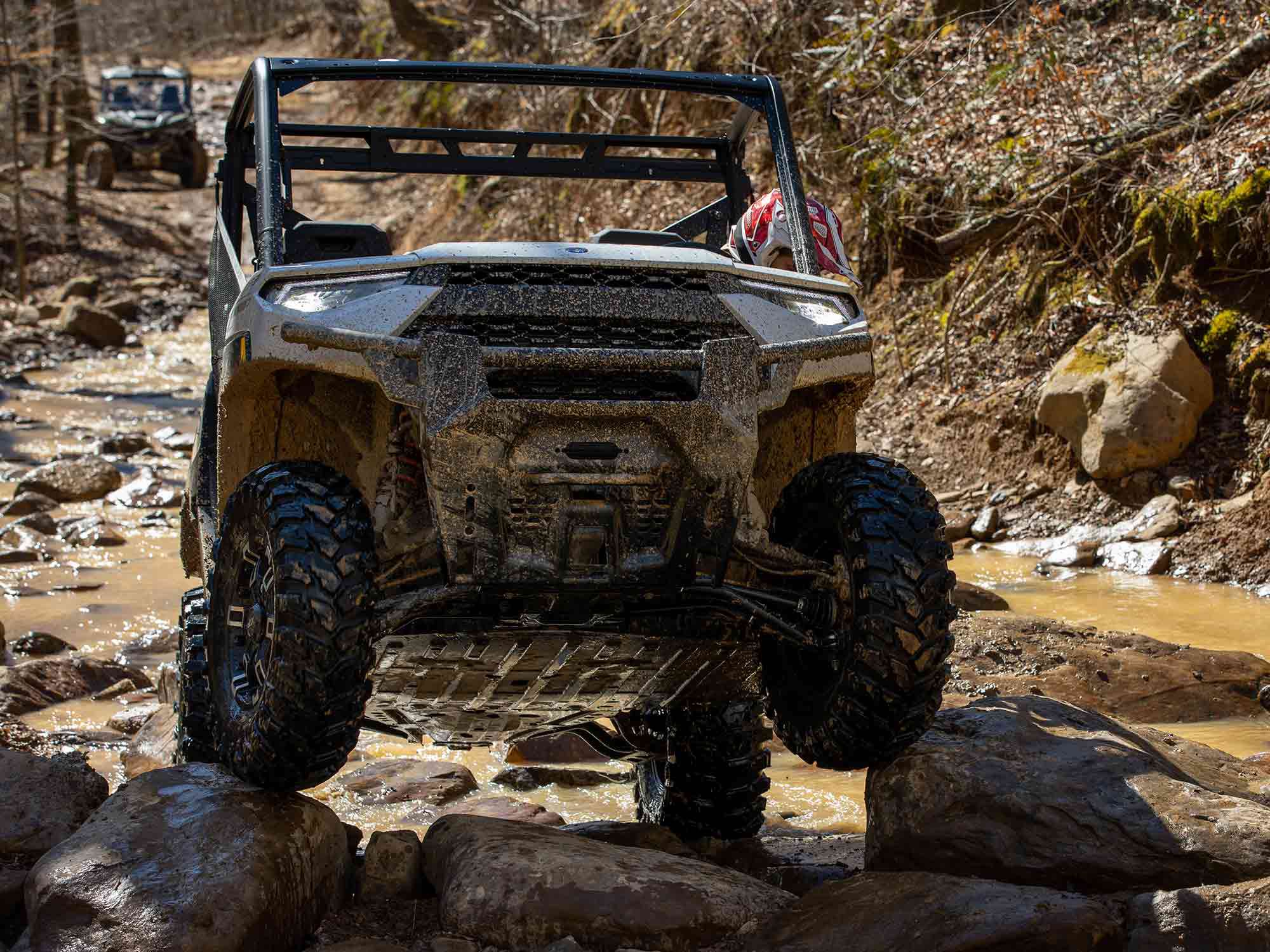 It was somewhere around this time the Trail Boss earned the “Danger Ranger” moniker. (Kevan Ray/)

Our next stop for the Ranger XP 1000 was the Knoxville office where the team took it out to Windrock OHV to put that Trail Boss name to the test. Associate Editor Kevan Ray beat the Ranger as hard as he could on some of the more gnarly trails in the park and came away impressed. The lack of support in the seats saw complaints, as did the soft doors, but the Ranger’s ability to handle every obstacle on the trail gained it a solid recommendation. It feels more at home when doing work, but it won’t leave you stranded at the bottom of a climb if you take it riding on the weekend with some friends. 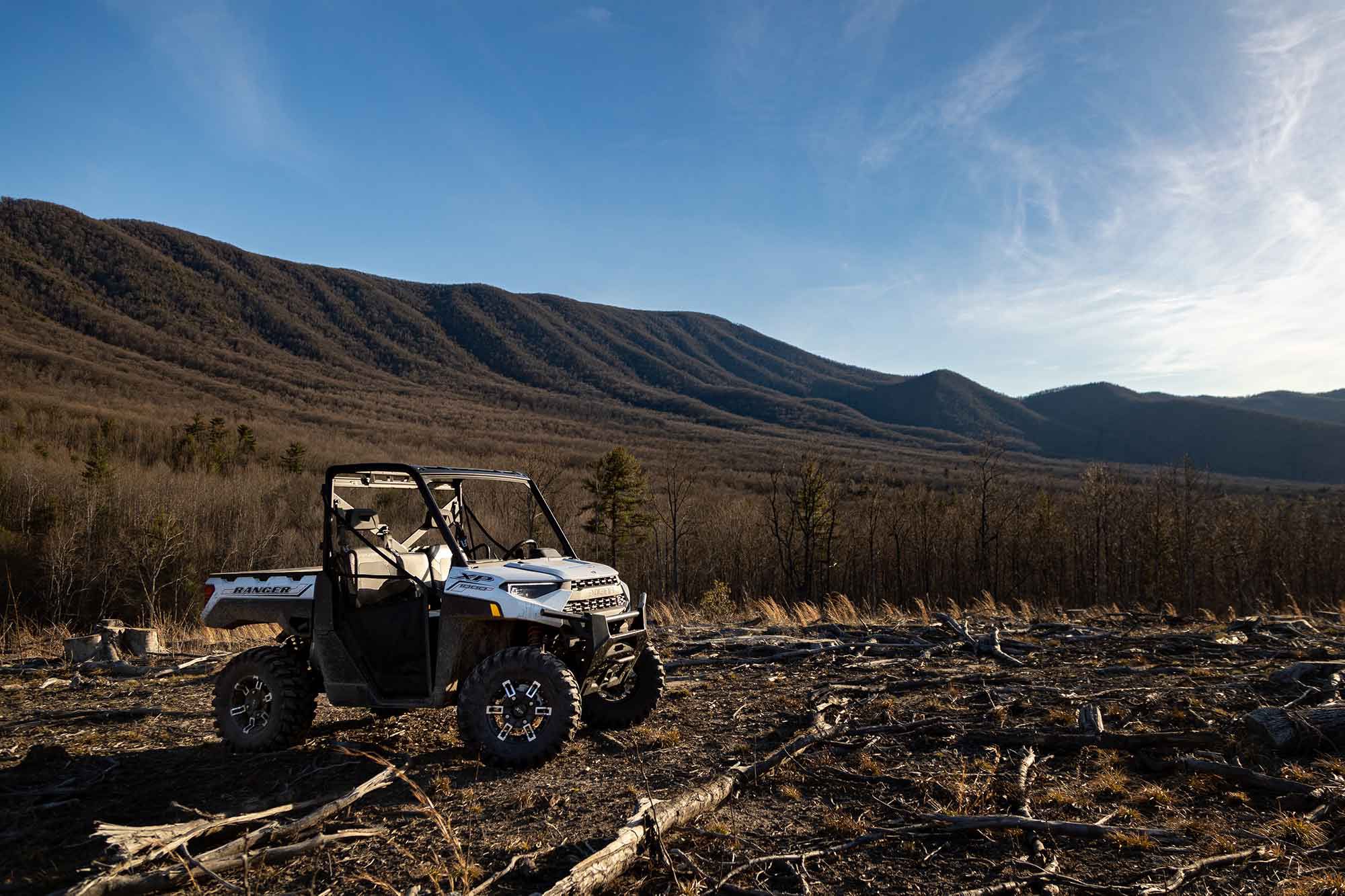 With the Ranger proving itself so useful on a small farm and on the trails, we decided to drag the Trail Boss to Virginia alongside the new Yamaha Wolverine RMAX 1000 to do some head-to-head testing on a cattle farm. The RMAX is better equipped, more comfortable, and more powerful, but the Ranger ended up claiming the farm victory. Most of us agreed the RMAX is a better machine, but the Polaris Ranger could not be beat from a utility perspective. 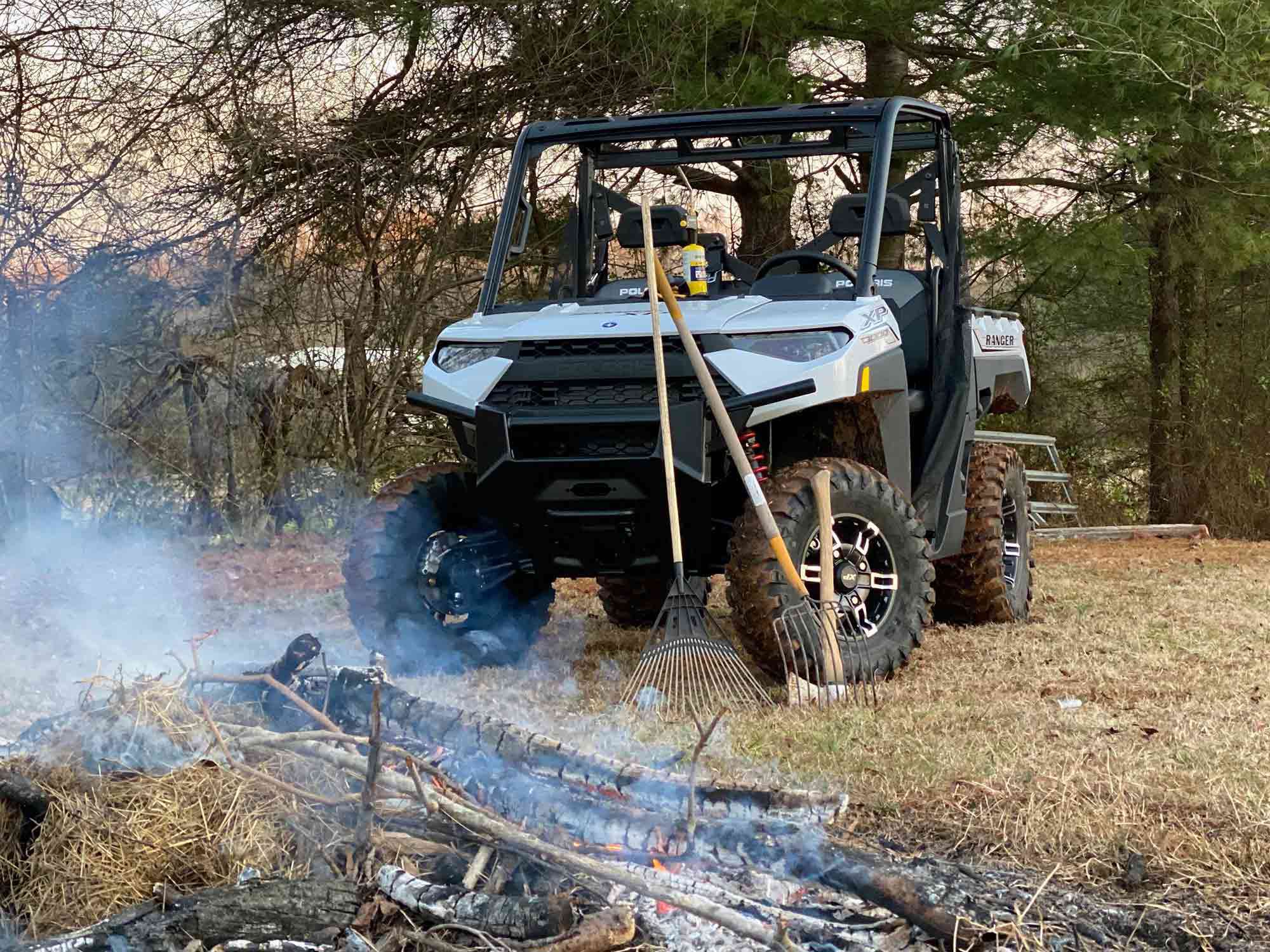 From the smallest tasks to the largest, I found any reason I could to use the Ranger. (Christian Moe/)

When we got back from Virginia, it was nearly time to send the Ranger back to Polaris. In what was supposed to be our final review of the Ranger we praised the rugged capability of the machine, but the lack of equipment and features had reached a breaking point in a lot of scenarios. Then we decided to see if our gripes could actually be addressed with some more equipment onboard. What it looks like to throw a stack of dollar bills at a Polaris Ranger. (Christian Moe/)

Over the next few months we threw thousands of dollars’ worth of accessories at the Trail Boss to try and create our ideal rig. We replaced the awful soft doors with hard-sided half doors, added a roof, glass front and rear, a winch, some accessory lighting, and some more storage courtesy of a hood rack.

The project gave us more time to appreciate the Ranger, become intimate with its construction and build quality, and we ended up with a machine that felt greater than the sum of its parts. 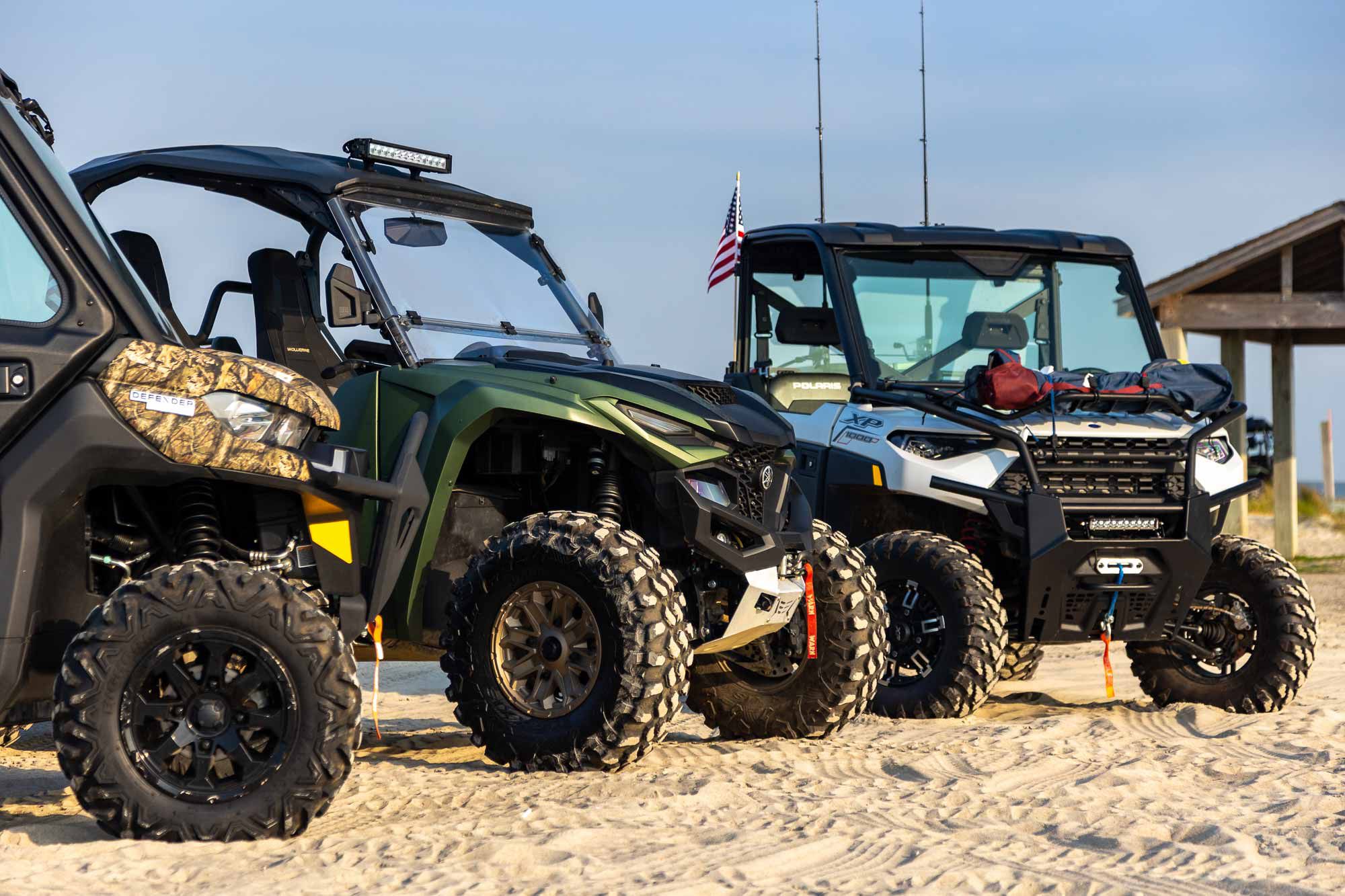 A trio of great UTVs enjoying some time at the beach. (Kevan Ray/)

When summer arrived, the Ranger joined the RMAX and a Can-Am Defender Limited for a camping trip on the beaches of North Carolina’s Outer Banks. The journey to Portsmouth Island was a great demonstration of the upgraded Ranger. Parked next to one of the best-equipped Defenders on the market, the Ranger managed to still hold its own. Sitting in the driveway or on a trail, the Ranger still looks good. (Christian Moe/)

One year later, after hundreds of miles and dozens of working hours, the Ranger sits quietly in the garage awaiting transport back to Polaris. It started its life as a sparkling rig with a $19,000 price tag. Now it sits, covered in dirt and hay, a $25,000 collection of accessories, scraped paint, and memories. What more could you ask of a UTV? Just one of a thousand Ranger memories. (Kevan Ray/)

Bugatti Enters The EV Game With A New Electric Kick-Scooter