Indian Motorcycle launched the latest generation of its Chief platform in February, 2021. While the brand updated the cruiser with stripped-down styling, a new chassis, and an electronic suite, the 2022 Chief lends itself to customization. That fact wasn’t lost on Indian either, with the company launching a build-off series throughout the year.

Unfortunately, master builder Roland Sands wasn’t on the docket, but that didn’t stop him from delivering one of the most radical renditions of the new-age cruiser. After taking a 2022 Indian Chief into his charge, the team ripped out the Thunder Stroke 111 engine and fabricated a custom frame around it. Sands is known for pairing modern-day performance with retro aesthetics, and the El Camino Indian Chief is no different.

Leveraging the neck and front end from a 1946 Indian, RSD lead fabricator completed the rest of the chassis by bronze brazing new steel tubes to the existing steering head. The throwback frame even mimics the single-line backbone commonly found on hardtailed cruisers by mounting a monoshock to an Indian FTR-style swingarm. The result is a mash-up of today’s tech with yesteryear’s looks. 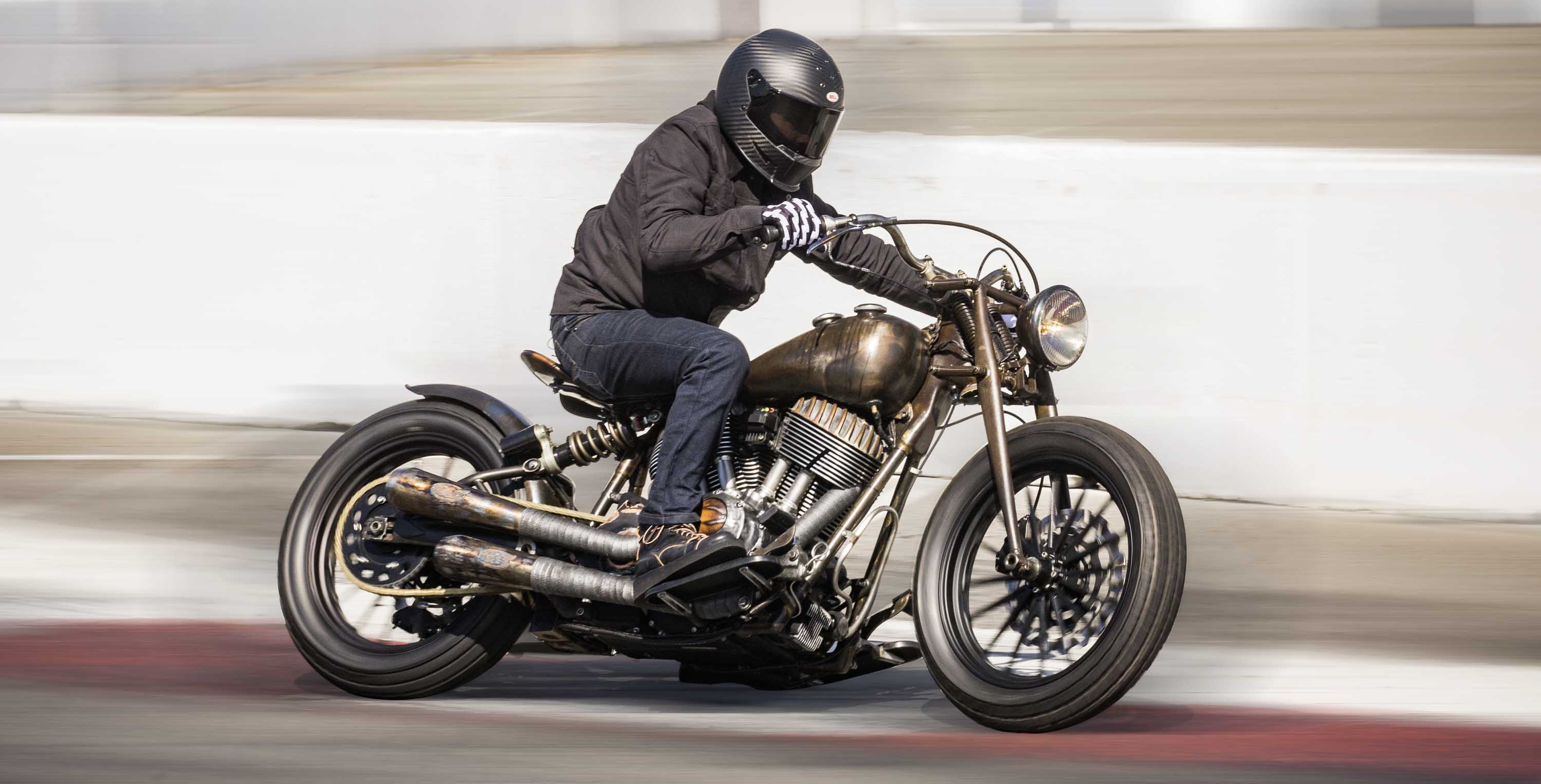 That theme continues with a custom single saddle, vintage gas tank, and old-school handlebars. While the big-bore V-twin, cast wheels, and exhaust system are thoroughly modern components, Sands maintains the aged look with a perfect patina on the pipes and engine covers. The team takes that idea one step further by ditching the Thunder Stroke engine’s electric fuel injection and installing a Mikuni carburetor in its place.

Final touches such as a vintage Indian air intake cover and Performance Machine brake calipers mated to wave rotors caps off the balance between old and new. Indian may have a Chief build-off already in the works, but next time, adding Roland Sands to the lineup is practically mandatory.