Modern superbikes are faster than ever. With 200+ horsepower at a rider’s beck and call, all that speed and power also make them more dangerous than ever. To mitigate the damage sustained from a high-speed crash, raceways implement extended run-off areas, gravel traps, and inflatable soft barriers. Not all circuits are created equally though.

To standardize safety regulations across all MotoAmerica race tracks, the series turned to Roadracing World Action Fund to raise money for additional off-track safety equipment. The non-profit organization raised nearly $150,000 dollars at the WeatherTech Raceway Laguna Seca round in July, 2021.

“When I realized that the Roadracing World Action Fund was a 501(c)3, I was pretty excited,” noted Talbott. “It was something different than our normal donations. I’ve crashed and hurt myself, broken ribs, and various things and I understand how this could be an incredible lifesaver. I love this, and that there can actually be something to be done to keep riders safe.” 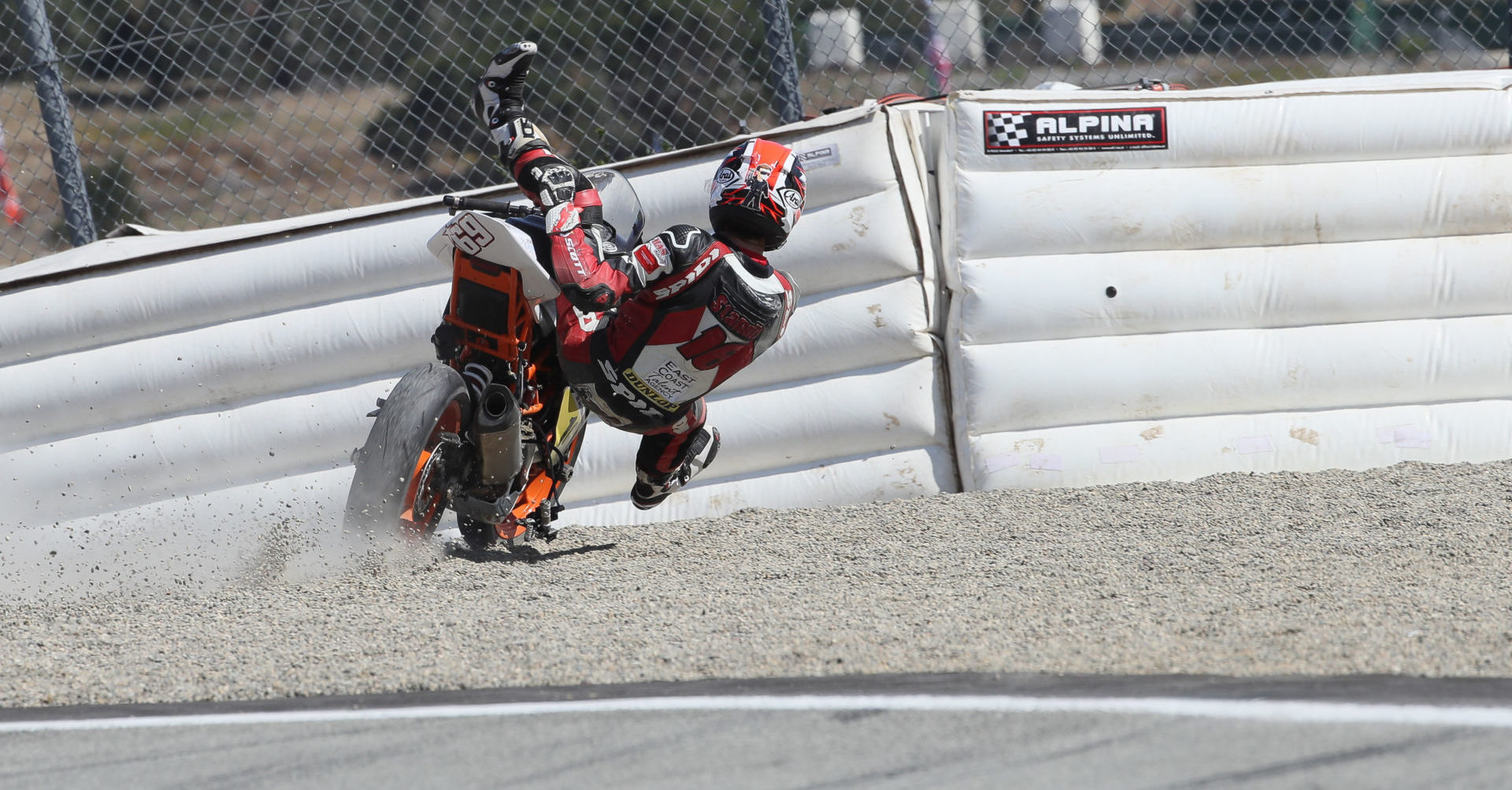 The majority of the funds raised during the event will be used to promote racing safety and the incorporation of Airfence and Alpina inflatable soft barriers at MotoAmerica courses. While Talbott contributed $20,000 to the fund, Two Up Rides chipped in $13,000, and MotoAmerica’s fines program added $4,000 to the pot, the CEO of 2022 MotoAmerica sponsor Medallia donated $100,000 to the cause.

“For me it’s very simple,” Stretch said. “Every track I go to where I know that everything has been done for the safety of the riders, I exponentially enjoy going there. All sponsors should allocate part of their investment to ensure that is the case. It results in happier spectators, more focused competitors, and happier sponsors all around. It’s just the right thing.”