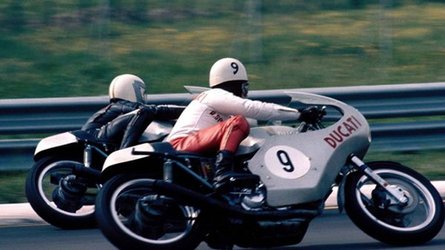 On October 27, 2021, former racer Paul Smart died after a crash on the road while riding his motorcycle in East Sussex and Kent, England. He was 78 years old, and both police and the coroner are investigating circumstances surrounding the crash. Smart competed in many racing events throughout Europe and America in the late 1960s and early 1970s before retiring from racing in 1978.

Paul Smart was, of course, most synonymous with Ducati. After his 1972 Imola 200 race win aboard a Ducati GT750 propelled the pride of Borgo Panigale to instant international acclaim, there was simply no going back. Decades after the fact, Ducati created the Paul Smart 1000 LE, and later the extremely limited Scrambler Paul Smart Limited Edition to further immortalize this important part of its shared history with Smart.

Several OEMs tasted various levels of racing success with Smart at the helm throughout his career. He fielded bikes for Kawasaki, Norton, Suzuki, Triumph, and Yamaha prior to his retirement. In 1967, he took second place at the Isle of Man 750cc Production race on board a Norton Dominator. He scored another second-place finish in that same class in 1969, both times finishing behind Triumphs. In his final TT podium, Smart finished third for Yamaha in the 1970 Junior TT.

He is survived by wife Maggie, as well as children Paula and Scott. Smart lived a rich, full life, and was well-liked both inside and out of the paddock. He will be missed by friends, family, and fans all around the world. We at RideApart send our deepest condolences to Smart’s family, friends, and fellow fans everywhere.