Bulky external Bluetooth intercom systems not only cause wind noise issues, but look unsightly and could even be an issue with head rotation in a crash.

The 3S PLUS Boom and 3S PLUS Universal Bluetooth 4.1 headsets are cheap options, too, at just $A139.

While the Universal has a very small controller that sticks on the outside of the helmet making it suitable for all helmets, the Boom has the controls on the boom microphone, so it’s only really suitable for open-face helmets or modular helmets when the chin guard is in the up position.

I tested the Boom model and found it so quick and easy to install I am able to swap it in seconds from one open face helmet to another.

The lightweight 55g unit simply velcros into the helmet and the wires tuck behind the liner. It includes a USB charging socket on a cable which you can discretely tuck under the liner.

The only issue I had was that the boom mic is a bit heavy and sometimes droops because the velcro backs of the speakers won’t stick very well to the helmet liner. 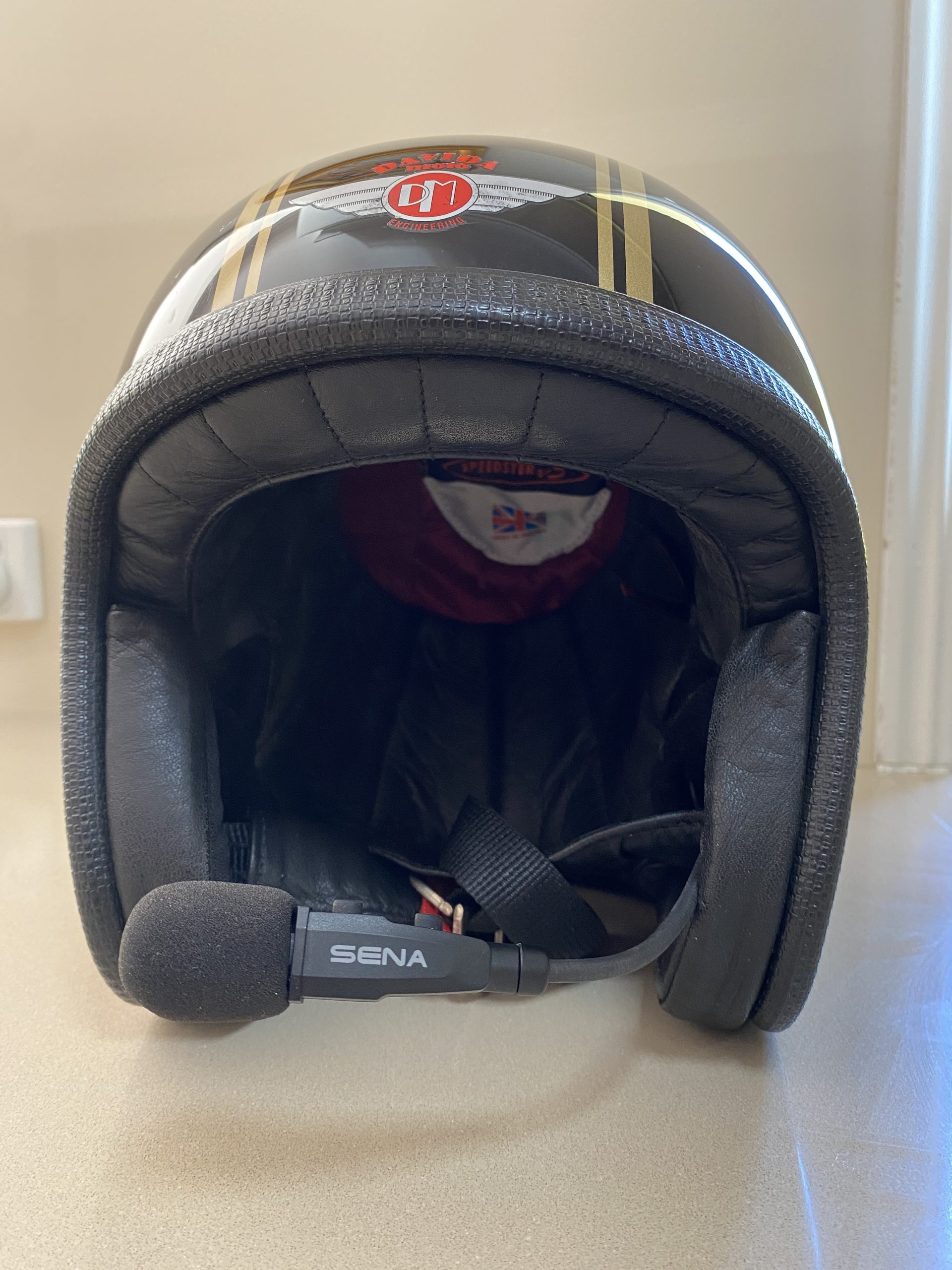 The boom has only two controls with plus and minus signs on them. Yet they control power on and off, pairing, tracks up and down, volume and all phone functions.

It sounds easy, but you have to remember how to use them as some functions require using both buttons and others just the one, but tapping it or holding it down for a certain period. It takes a little while, but you soon get used to it. 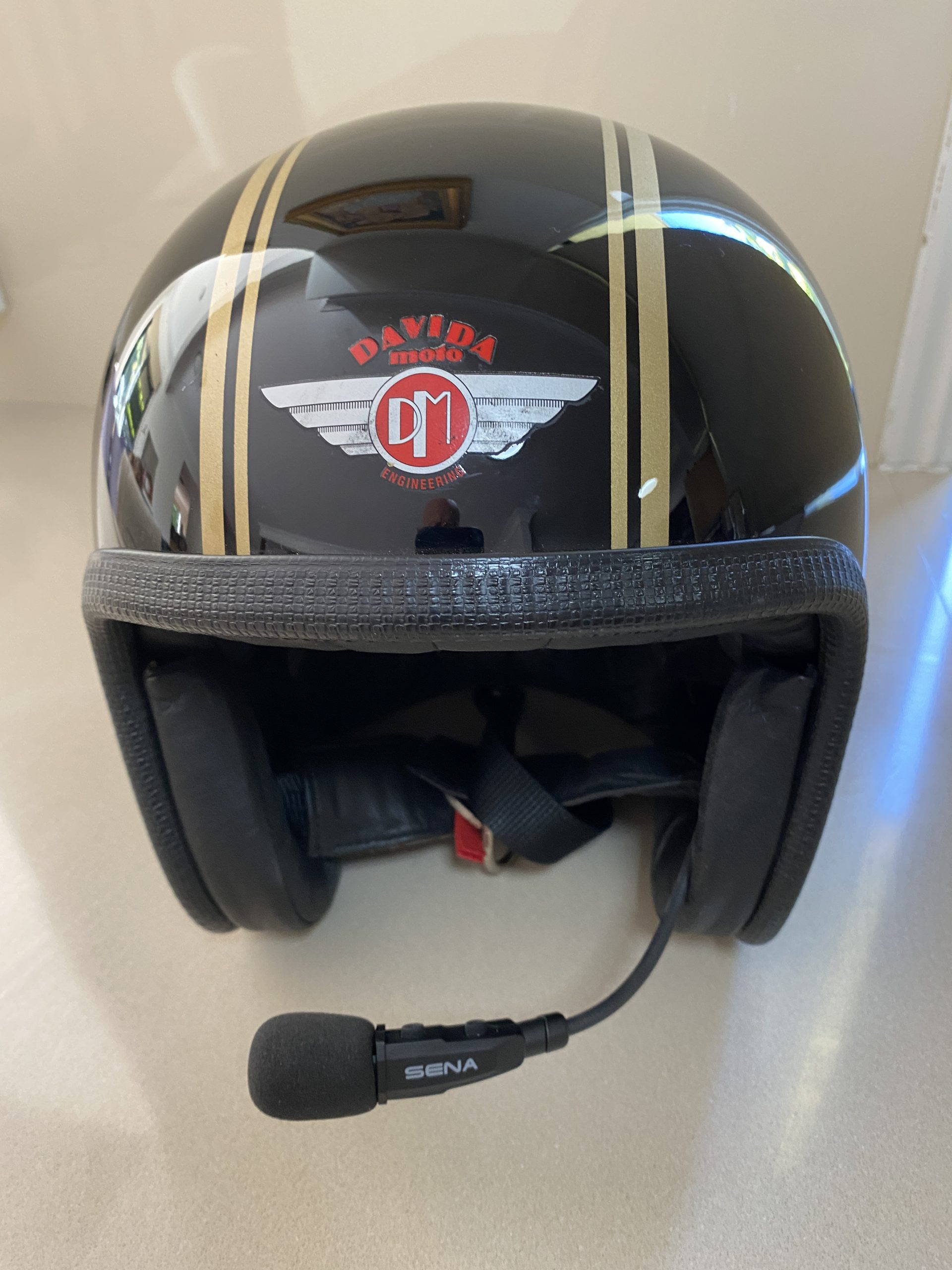 While the mic features Sena’s noise control system, it was impossible to have phone conversations when riding over about 80km/h with an open-face helmet.

That’s not because of the wind noise in the mic, but because the speaker volume is not high enough. You also tend to shout at that speed to hear yourself over the wind noise, causing the person on the other end of the phone to ask you to stop shouting!

It’s ok for around town and is fine if you don’t wear filtered earplugs. However, IU always wear filtered plugs so phone calls and music over 80km/h are out of the question.

Sena claims up to eight hours of talk time on a single charge and seven days of standby time. I can confirm the latter, but not the former. Who talks for that long!

However, I was able to listen to music all day and take a couple of calls without the battery going flat.

I suspect the 3S PLUS Universal would also have the same volume level issue in open-face helmets.

Both claim two-way HD intercom at a range of 400m, so long as there aren’t major obstructions such as buildings.

The New YZF-R15 Is The Best-Selling Yamaha In India