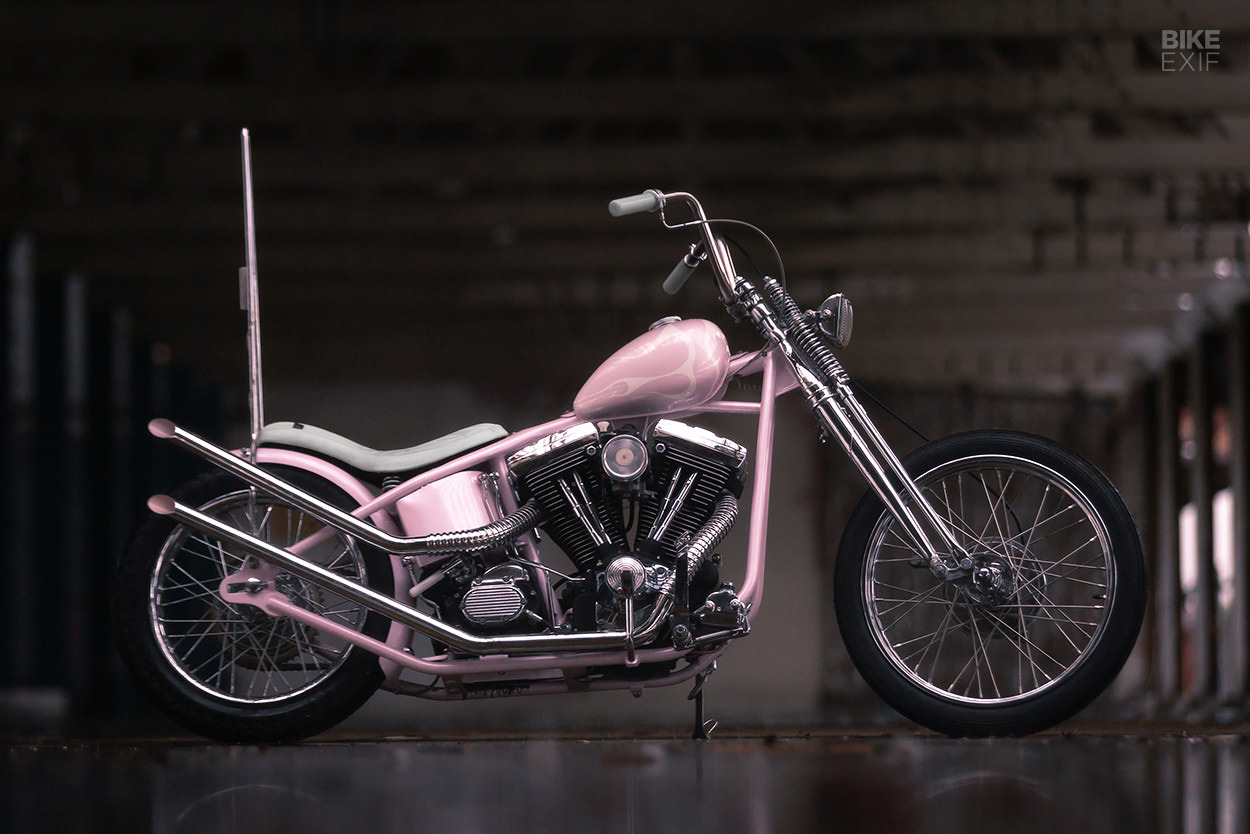 Our job involves hunting for the world’s freshest custom motorcycles, day in, day out. But we’re only human, and it’s impossible to get to everything while it’s still hot. Flicking through Prism Supply Company’s portfolio, we stumbled across a sultry Harley-Davidson Softail chopper that was actually built a while ago—but was too good not to share.

Based in Charlotte, North Carolina, Prism Supply Co. was founded by brothers Zach and Jake Hindes. Not only does the shop produce a hearty catalog of parts, but they build some pretty sweet choppers too. 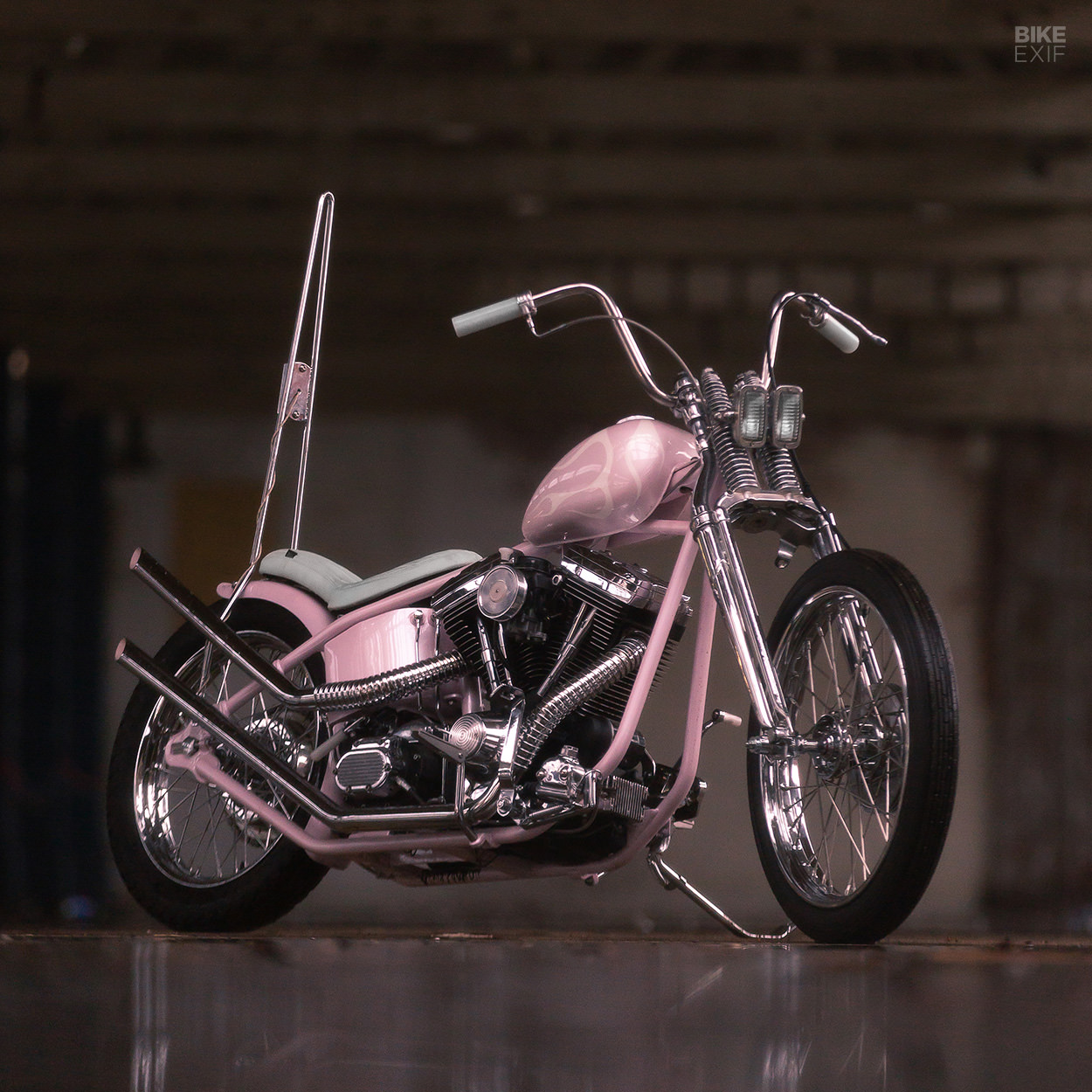 This particular one was put together for a friend, with a few prerequisites. “Our basic goal with the bike was to combine a newer power plant with a bike that looked like it was built in the 60s,” explains Prism’s content director, Matt Best.

“It had to have a strong and reliable powertrain with classic chopper style—something you wouldn’t hesitate to take on a long trip.” 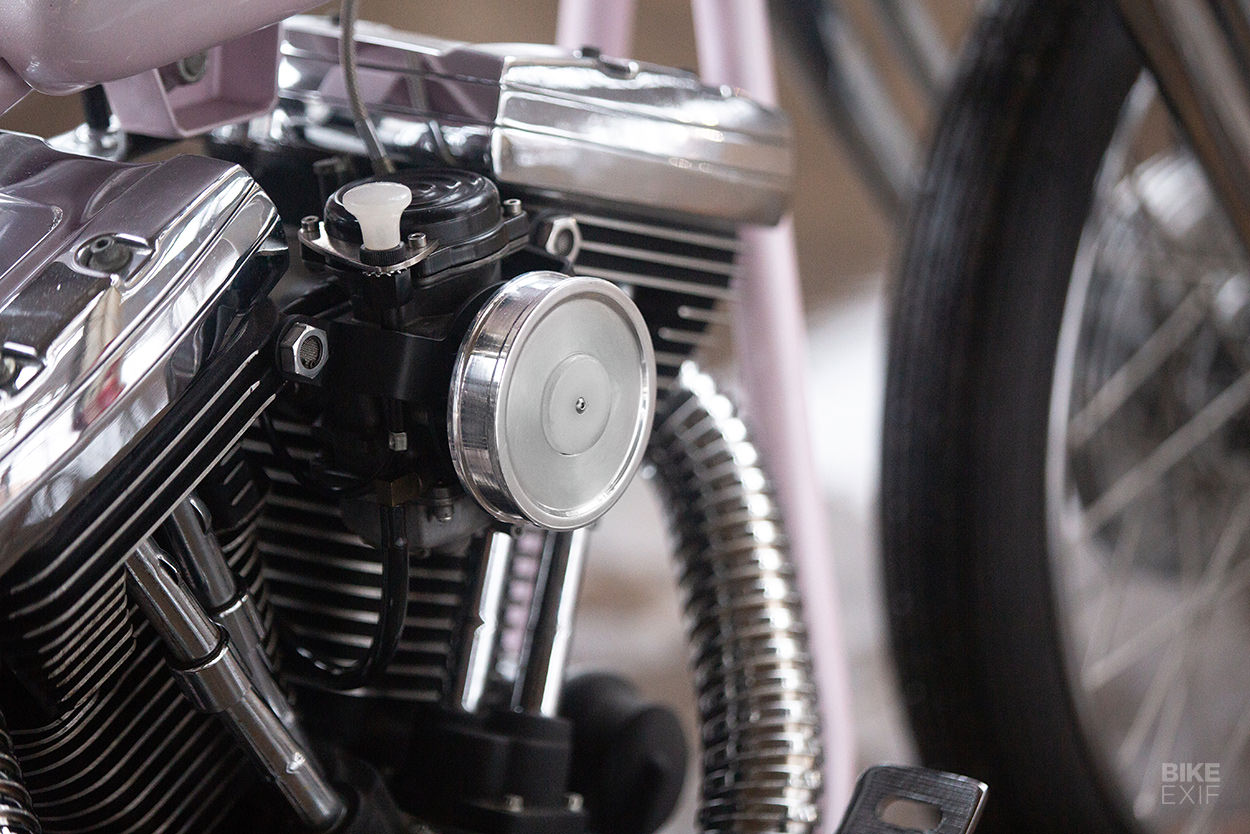 Prism started the project with a 1,340 cc Harley-Davidson Big Twin Evolution V-twin engine, that they lifted from a 1995-model Softail. The engine was in good nick, which meant that the crew could focus on building the rest of the bike around it.

Next, they ordered a hardtail frame from Paughco, opting for geometry that was raked enough to get the right vibe, but not overly extended. Then they bolted on a classic springer front end from V-Twin Manufacturing. The bike rolls on 21F/18R wheels, with an Avon tire up front and a Coker at the back. 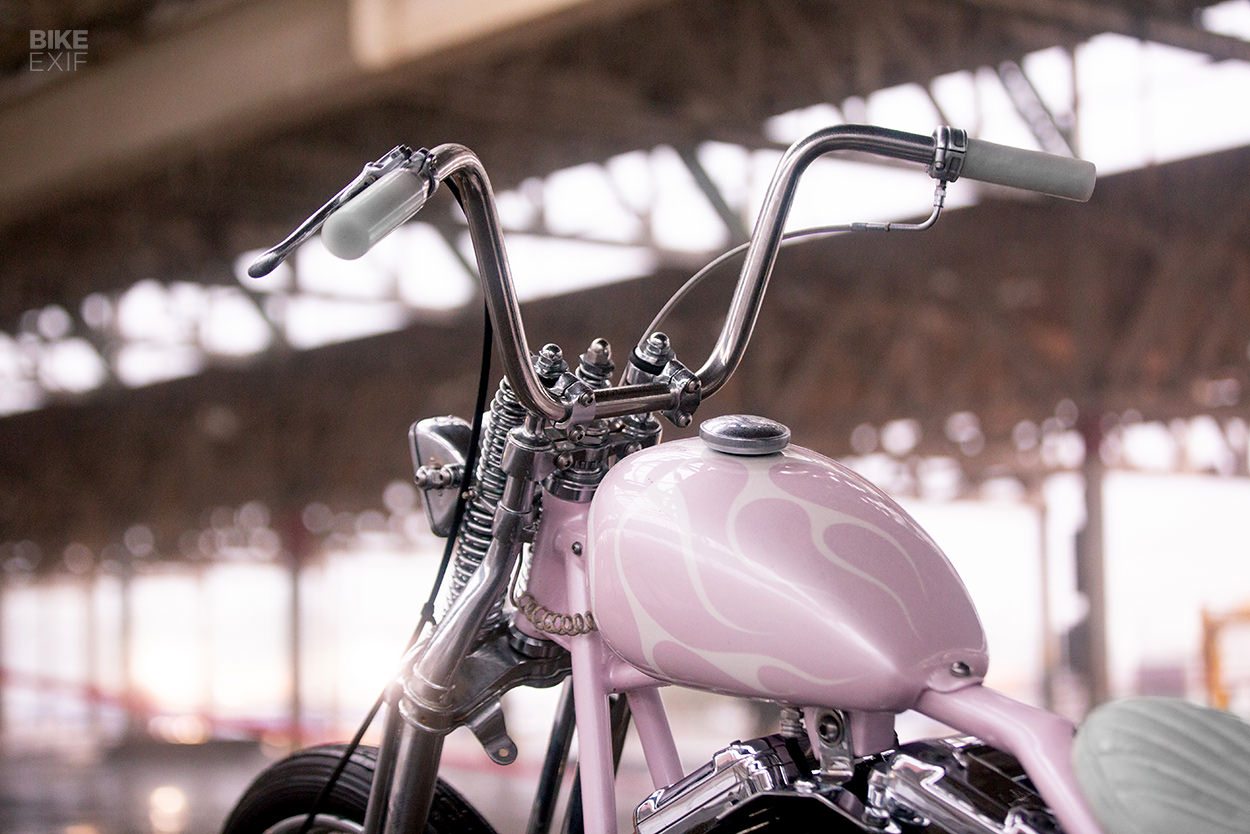 Higher up are a pair of repurposed fog lights, that have since been swapped out for a slightly brighter 4.5” headlight from Prism’s stash.

Behind those is an interesting rubber-mounted riser setup that’s integrated with the top clamp. It holds a set of custom handlebars, with one-off acrylic grips that match the bike’s choke knob and jockey shifter. 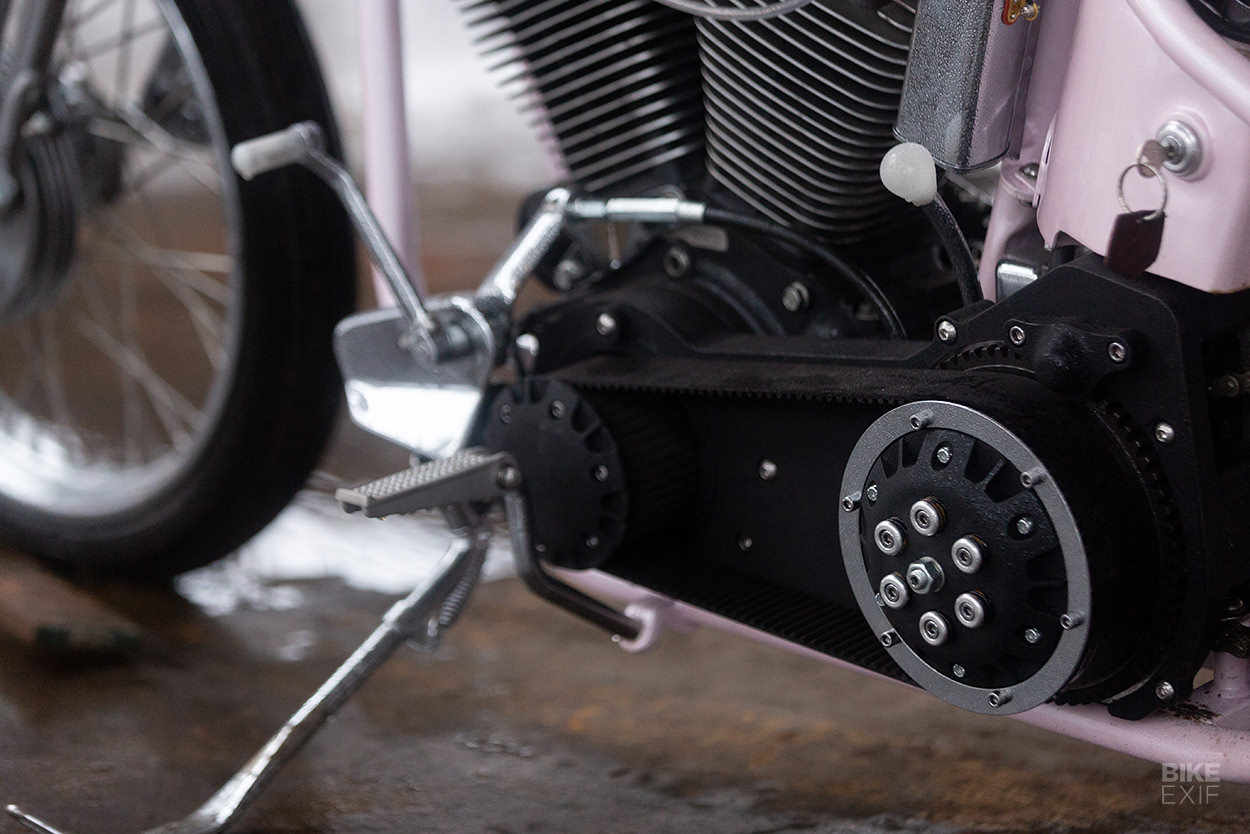 The overall control setup is rather unique. The front brake lever’s mounted on the left side, and the foot-operated clutch was built by modifying a regular shift lever. So it’s hard to tell from a distance that you actually need to shift gears by hand.

Up top is a traditional Wassell-style peanut tank, supplied by Lowbrow Customs. Prism plumbed it in with a 1/4” stainless steel petcock from their catalog, that opens via a grooved ring that you twist. 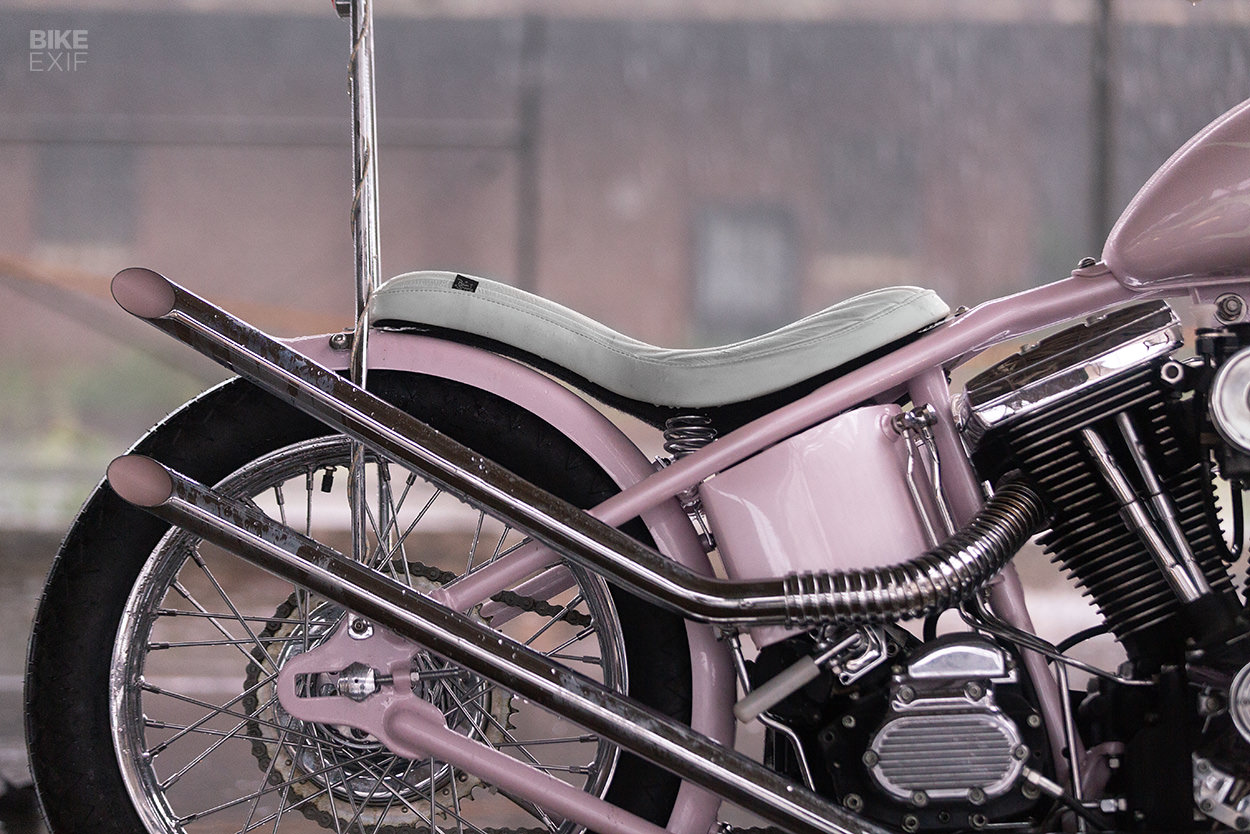 The oil tank is stock, but it was trimmed to make room for the new starter. This bike uses an early prototype of Prism’s ‘Quick Stick’ starter—a lever that you pull to start the bike. The oil tank was modified further to accommodate the key ignition on the opposite side.

Other Prism parts include a new ignition cover, and a custom intake that was also being prototyped during this project. The exhausts are custom, following traditional chopper lines. 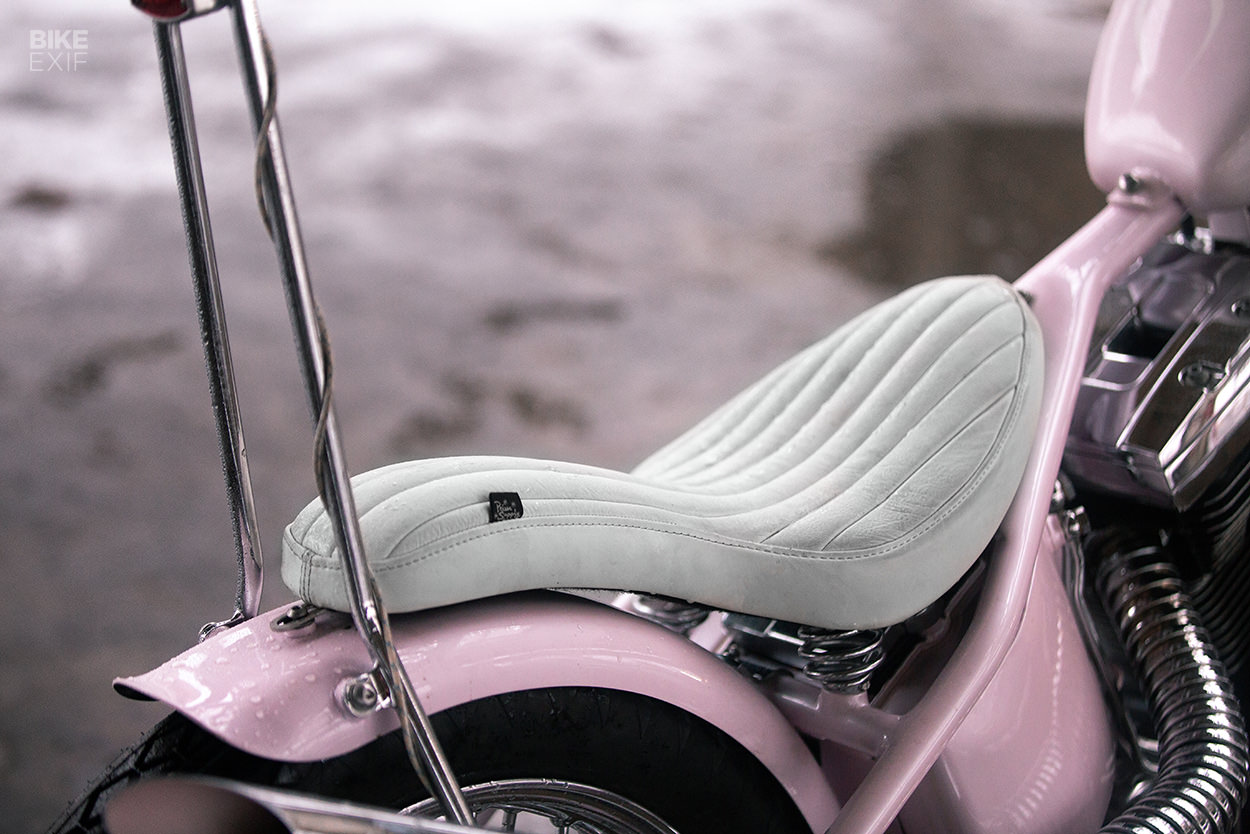 For the seat, Prism started with a standard chopper seat pan, then reworked it to resemble a classic Bates Cobra seat. Wes at Counter Balance Cycles laid down the upholstery.

Just behind it is an abbreviated rear fender, and an extended custom sissy bar. The taillight’s a vintage-looking LED unit from Prism’s catalog. It’s wired in with their ‘Magic Box’—a small unit that uses a single wire to activate both the running and brake lights. 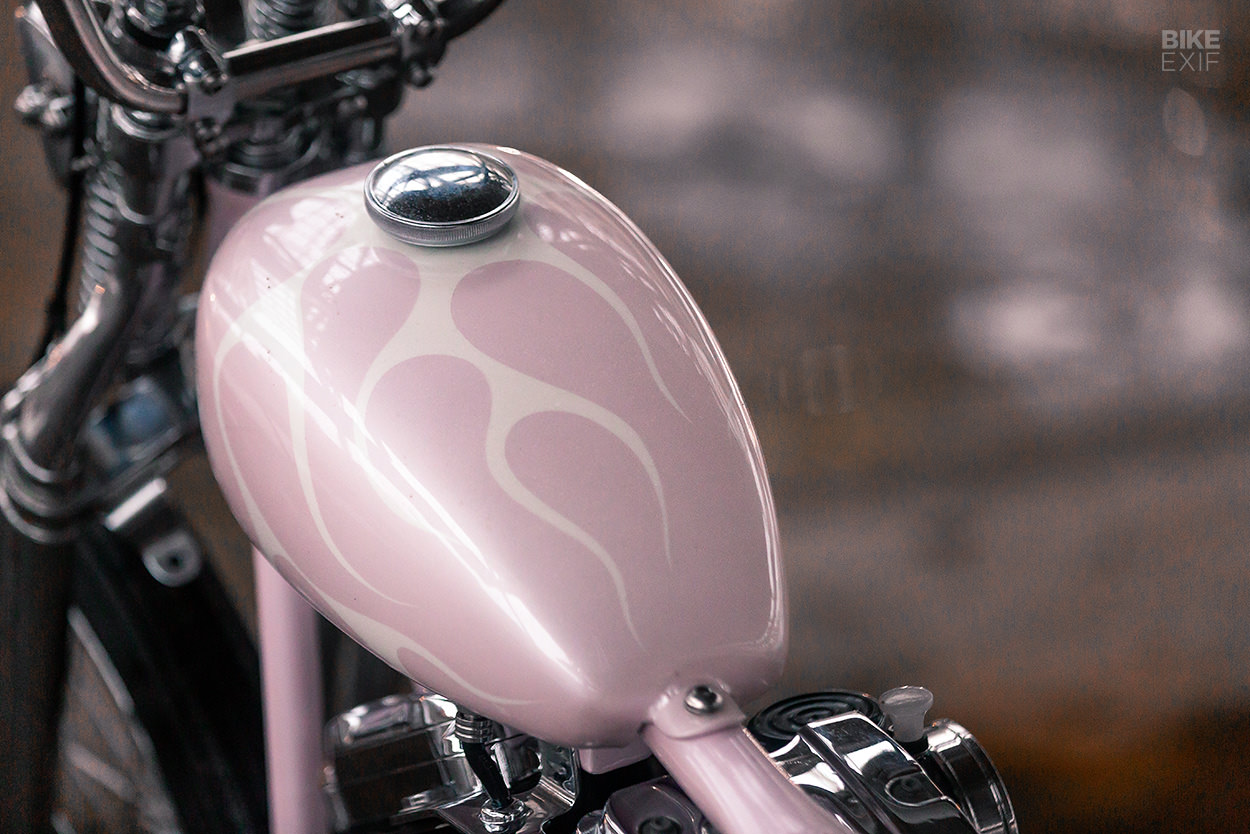 But it’s the Harley’s unmissable Mary Kay Pink paint job that sets it apart. The client requested it because he wanted something that would stand out—and the Prism crew were all too happy to oblige. Another Hindes brother, Caleb, handled the paint work.

With a matching pink frame and a subtle flame job on the tank, it’s a total knockout. 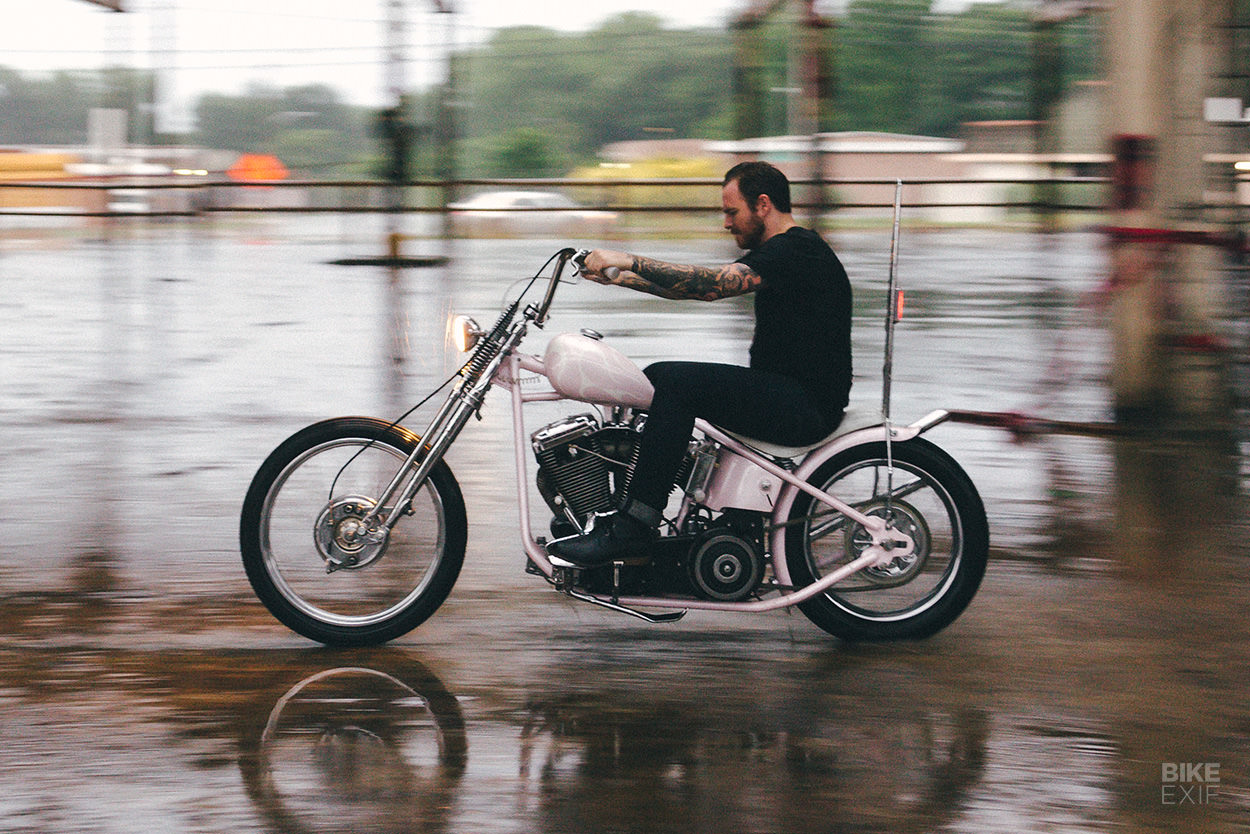 The bike found its way back into the Prism shop earlier this year for a little maintenance, complete with road dirt and the pink paint on the exhaust tips faded. Which means it gets ridden… a lot. 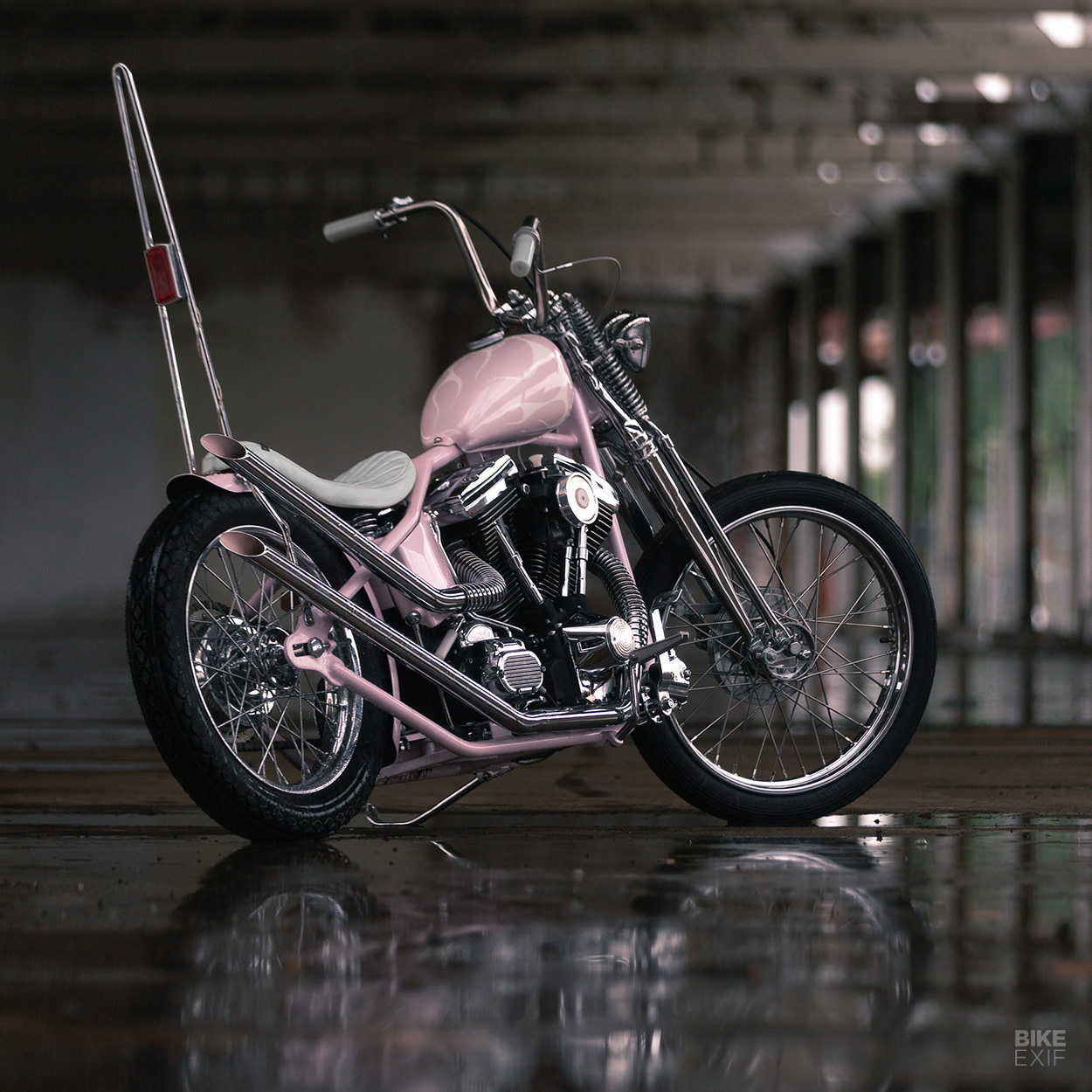 All of the 2022 motorcycle events and dates for your diary