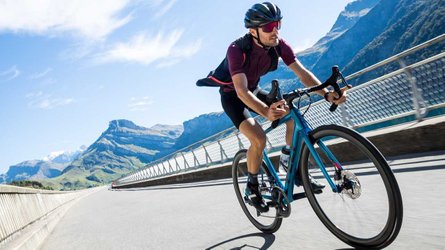 Those of you who enjoy cycling when you’re not on the saddle of your motorcycle will probably be familiar with Felt. This American bicycle manufacturer has made quite a name for itself in the performance cycling industry, thanks to its technologically advanced, lightweight bicycles. The company was founded in 1991 by Jim Felt, and immediately saw racing success when Paula Newby-Fraser won the Ironman World Championship aboard a Felt road bike.

Felt’s bicycles, at the time, set themselves apart from the competition, as they focused mainly on ergonomics. More specifically, putting the cyclist in a position wherein they’re able to maximize their leverage over a prolonged period of time. Apart from this, the cyclist was also put in a riding position that offered the most aerodynamic advantage, thanks to the use of what are commonly known as aero bars today. Thirty years hence, bike-fit is one of the most technical, controversial, and highly scrutinized aspects in the cycling world.

As such, even today, Felt’s bikes have remained extremely desirable, both among competitive and casual cyclists. It is with Felt’s impressive track record in mind that Pierer Mobility Group, the parent company of KTM, has acquired the cycling company. Although KTM already has a roster of impressive bicycles, particularly premium mountain bikes in its collection, it looks to bolster its presence in the E-bike segment, as well as offer some impressive products in the road cycling and triathlon segment.

Stefan Pierer, CEO of Pierer Mobility, expressed his excitement towards the acquisition stating, “The acquisition of Felt Bicycles fits perfectly with the overall strategy of Pierer E-Bikes – that of becoming a global player in the field of two-wheel mobility, with both electric and non-electric bikes, across all cycling categories.” Given this recent development, Felt bicycles gives Pierer Mobility immediate access to the North American cycling market, as well as the potential to develop new and exciting products in the cycling, e-cycling, and electric scooter segments.