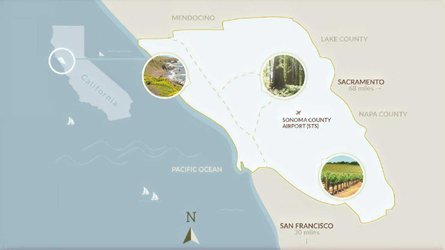 As California moves through yet another record-setting wildfire season in 2021, it’s no wonder that climate change is on many residents’ minds. In March, 2021, Petaluma, California became the first city in the U.S. to ban two things: New gas station construction and adding additional fuel pumps to existing gas stations.

While the U.S. has not been as quick as many other countries in switching from piston-powered to electric vehicles, California is nevertheless the state with the greatest number of EVs currently on the road. If you know anything about the Golden State, that likely comes as no surprise.

Still, one of several pain points for consumers in adopting EVs is the current lack of sufficient infrastructure to support widespread EV use. After Petaluma put its bans in place, Sonoma—the county where Petaluma is located—began to explore the idea of implementing a county-wide ban that mirrors Petaluma’s in July. The county plans to vote on a final resolution regarding such a ban this September.

Student activists have pushed hard in favor of this ban. To proponents, the reasoning is simple: Petaluma has all the gas stations it needs to support the piston-powered vehicles that currently live there and/or drive through the area. It doesn’t need more. Similarly, proponents within Sonoma County feel the same way about the larger area.

Sure, Petaluma may be one city, and Sonoma may be a single county—but every change has to start somewhere. While they haven’t explicitly said that it’s the case, it’s quite reasonable to think that supporters also hope to be an example to other cities, towns, counties, and states that are concerned about climate change. Shifting gears may be tough, but once you get moving, momentum is a powerful driver.

Is Stuffing A Yamaha VMax V4 Inside A Kei Truck The Best Idea Ever?