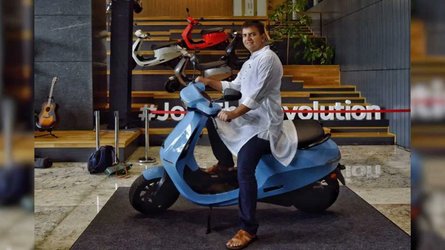 Ola Electric raised $200 million USD in funding, bringing its valuation to $5 billion USD. In its last round of financing, investors such as Tekne Private Ventures, Alpine Opportunity Fund, and Edelweiss were among the main investors that went for it.

Last September, Ola Electric was only valued at $3 billion USD, still a sizeable sum, but it only took five months for the three to grow to a five. This is coming off the back of a few criticisms of Ola Electric’s work culture and CEO, Bhavish Aggarwal, being cited as untrustworthy. The added drama, however, didn’t seem to put a damper on the investments.

Ola Electric co-founder and CEO, Bhavish Aggarwal, said, “I thank the investors for their support and look forward to partnering with them to take the EV revolution from India to the world,” after securing Ola Electric’s funding.

The electric market is going to grow bigger and bigger in the next few years, and Ola Electric has announced and unveiled its first electric scooter called the Ola S1, which will be sold for $1,350 USD. The electric scooter will get up to 75 miles of range with its battery power.

India is a country where a vast majority of motorized transport in the region is comprised of two-wheelers. About 75 percent of the motor vehicles in India are bikes, and it’s a prime opportunity for a company like Ola Electric to grow and spur the development of electric mobility in the region.

However, the company may face some stiff competition from well-established brands looking to conquer the electric scooter segment and new entrants like Bounce who have their own Ola S1-Esque competitor. On top of that, Ola experienced delays with regard to shipping, leaving a lot of customers without their orders. Furthermore, Ola also tweaked the production of its S1 scooter, changing the lineup by removing the base model S1. Hopefully, the extra funding can alleviate some of the concerns and bring Ola Electric into the mainstream.