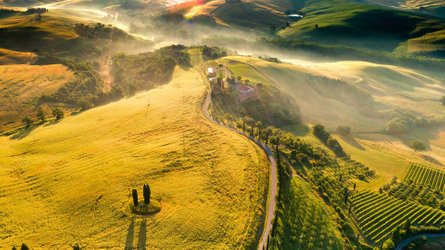 As if the recent restrictions placed on off-road riding in Italy weren’t bad enough, a recent outbreak of swine fever in Piedmont and Liguria makes it even harder for off-road enthusiasts in the region to enjoy their passion. The situation, in fact, has become so bad that a total of 114 municipalities in the area have begun implementing stringent measures to prevent the population from interacting with the region’s wild boar population.

The carcasses of wild boars have been found scattered across the woods and forests of Italy, indicating that the epidemic of African swine fever in the region is not one to be taken lightly. Although reports state that the African swine fever is harmless to humans, it certainly poses a major threat to the livelihoods of farmers and those in the agricultural sector.

In the case of off-road riding in Italy, the recent swine fever outbreak and subsequent bans on outdoor activities with the potential of encountering the wild boar population makes it even harder for riders to go out and enjoy their sport. The same, unfortunately, goes for other outdoor sports aficionados, such as hikers, mountain bikers, and folks just out for a stroll in the countryside. The ordinance banning the interaction with the wild boar population will be enforced for six months, and has been signed by Health Minister Speranza and Agricultural Minister Patuanelli.

The ordinance states that stringent measures will be taken to “implement all measures useful for an immediate contrast to the spread of ASF and its eradication to protect the health of the national pig fauna and zootechnical heritage and the economic interests connected to extra-EU trade and exports to third countries of pigs and derived products “.

As mentioned earlier, African Swine Fever, is not directly hazardous to human health. That being said, it’s clear that the measures being taken are geared towards an economic standpoint. This is especially true, considering that some markets have already placed a ban on the import of game meat from Italy, and that local authorities are putting together a program of targeted wild boar hunting in an attempt to curb the outbreak.