The Yamaha Niken has cornered the three-wheeled tilting motorcycle market since its debut in 2018. While the segment only commands a fraction of the motorcycling world, that hasn’t stopped Honda and Kawasaki from developing their own projects. Still, the Niken remains the only leaning trike to hit the production line.

Back in September, 2020, patents revealed that Aprilia was also designing a three-wheeler based on the firm’s discontinued Mana 850 naked bike. Those initial blueprints included a parallelogram-style linkage system similar to the Niken, but Aprilia’s design employed double-wishbone suspension to connect the wheel to the single-sided cast alloy struts.

At the rear, the prototype replicated leveraged the Mana’s frame, 839cc V-Twin, suspension, and bodywork. However, the latest Aprilia patents show that the Noale factory has moved on from those initial designs. Opting for a streamlined suspension layout, the new configuration sheds the original double-wishbone suspenders and the Mana 850 components. 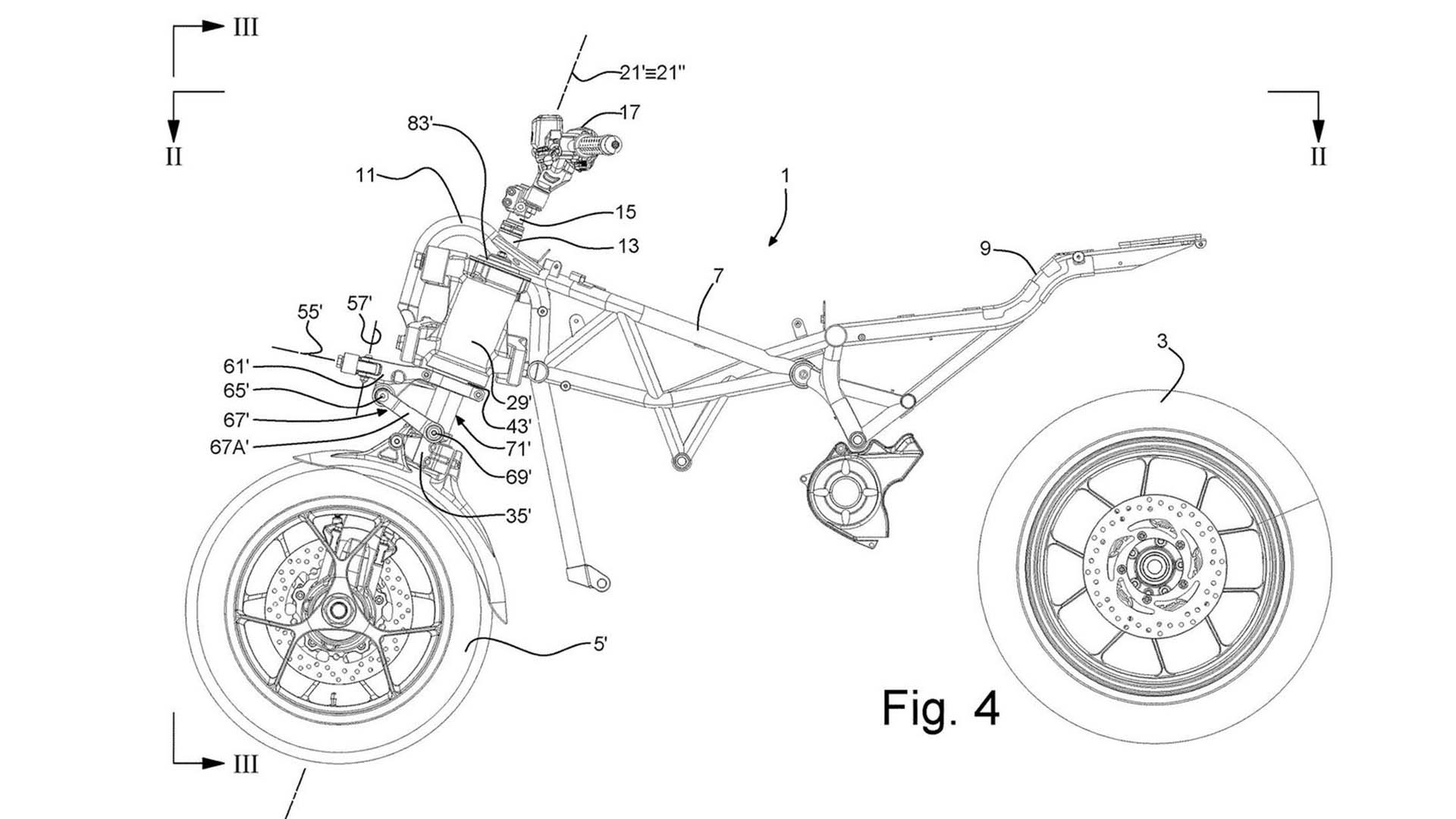 The new patents confirm that the parallelogram-style tilting geometry remains but scissor-style linkages now help the telescopic legs suspend the trike. Aprilia doesn’t put all its eggs in one basket though, also delivering a design that utilizes a ball joint at the top of the strut while a single steering link reinforces the lower section. Aprilia’s parent company has championed a parallelogram-style tilting system with its innovative MP3 scooter, but Aprilia is keeping all of its options on the table.

That includes everything aft of the twin-wheeled front end. Patents submitted in October, 2019, but just recently published show a trellis frame connecting to the tilting apparatus, but it doesn’t include an engine or swingarm. Cycle World super sleuth Ben Purvis notes that the sprocket cover illustrated in the document matches those found on Aprilia’s new 660 family. That fuels speculation that the brand’s 100-horsepower, 660cc parallel-twin could power the leaning trike if Aprilia greenlights production.

Unfortunately, we’ll have to wait for the company to officially announce such a move, but the latest patents exhibit marked progress thus far.