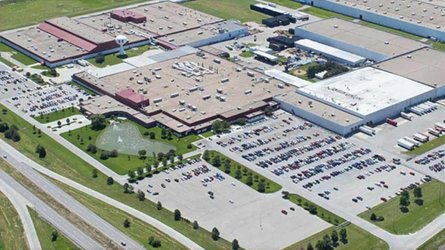 Saying that 2020 and 2021 have posed significant challenges to motorcycle OEMs—along with the rest of the world—is a bit of an understatement. Still, the fact that so many people have been getting out and riding their way through this stressful time has definite up sides, both for riders and for anyone with bikes to sell.

To meet rising demand, one Kawasaki Heavy Industries executive just announced a major expansion plan for North America in September, 2021. Over the next five years, the company plans to both expand its existing Nebraska factory and also create an entirely new manufacturing facility in Mexico. In total, Kawasaki expects to spend around $265 million to increase its building capacity.

The statement came from KHI Motorcycle and Engine Company president Hiroshi Ito. He also added that this project should create thousands of additional jobs both in the U.S. and in Mexico.

“Kawasaki is also increasing investments in new product development which will be available in the near future, especially in the growing MULE, ATV and JetSki markets as well as innovative new street motorcycles, our new electric, hybrid, and hydrogen power source projects and off-road motorcycles,” Ito added.

This news comes ahead of Kawasaki’s previously-announced spinoff of its motorcycle and powersports business into its own thing, as the company decided to restructure itself back in November, 2020. At the time, Kawasaki Heavy Industries announced that the new motorcycle company would spin off no later than October, 2021.

Fast-forward to mid-September, 2021, and Mr. Ito is the first-ever president and CEO of the newly-formed Kawasaki Motors Limited. As of September 13, 2021, Ito plans to address these and other future Kawasaki Motors development plans in greater detail in a speech to be delivered at Port Hall Takeshiba in Tokyo on October 6, 2021.

Volcon Is Now Shipping Its Grunt Electric Bikes To Customers