Vittorio Minarelli and Franco Morini founded Fabbrica Bolognese Motocicli in 1951, but later adopted the Motori Minarelli name in the 1960s. By the 1970s, the Italian firm supplied Fantic Motors with powerplants, but Yamaha eventually purchased the brand in 2002. After nearly 20 years under Team Blue’s roster, Motori Minarelli came full circle when Fantic acquired the company in 2021.

The Motori Minarelli nameplate returned to Italian hands just in time too, as the Bologna brand celebrated its 70-year anniversary at an event in November, 2021. Of course, a retrospective of Motori Minarelli’s accomplishments has to include Arteno Venturi’s 1966-1974 world records, the race team’s four consecutive constructor’s championships (1978-1981), and Angel Nieto’s two rider’s championships. While Motori recognizes its rich lineage, the leadership is focused on the brand’s future success. 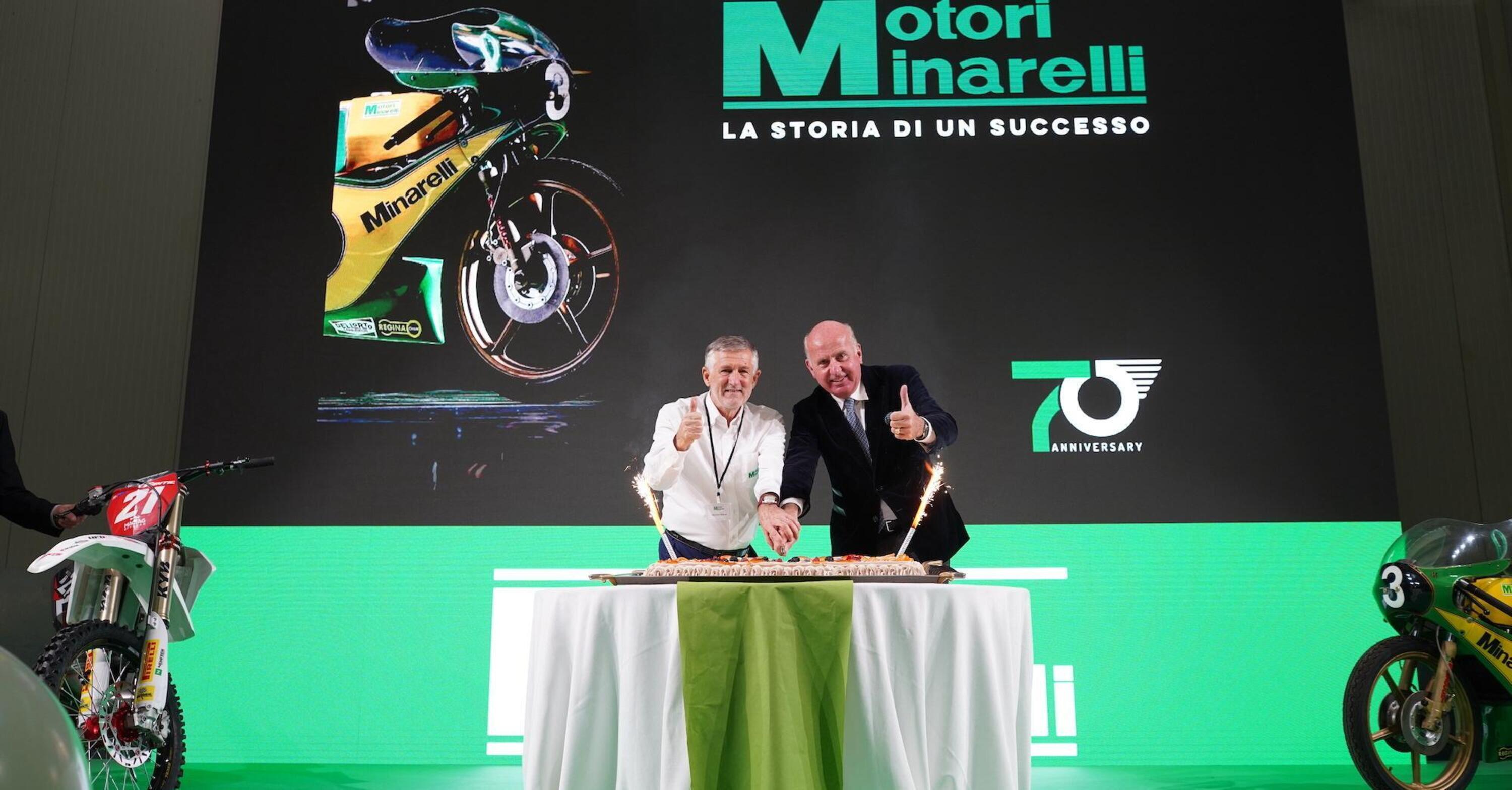 “A strong emotional component pushed us to take over this historic brand, and we will proudly guide it towards a future where all the traditional rules of mobility have been redesigned,” explained Fantic and Motori Minarelli CEO Mariano Roman. “Minarelli is a complementary company to the Fantic project, completely independent as it has consolidated collaborative relationships over time with various motorcycle manufacturers; and is projected to become a European motor engineering hub capable of providing practical and effective solutions available to its customers.”

“We are happy to write new pages in the history of Motori Minarelli and ready to face increasingly ambitious challenges and goals,” stated Motori Minarelli general manager Vittorino Filippas. “On the pitch, there is all the passion that has accompanied us in relaunching Fantic, and by combining our respective skills we will grow and improve even faster.”