Well, it’s the first Moto Guzzi with just about anything modern, but it is the adaptive aerodynamics package that should really turn heads, and it is interesting to see the Piaggio Group featuring this technology on the Eagle brand, rather than the sport-focused Aprilia name, which first teased the idea.

In as many ways that the Moto Guzzi V100 Mandello ushers in the brand’s centenary birthday, it also announces Moto Guzzi’s arrival into the 21st century.

Named after the brand’s storied factory, in Mandello del Lario, the Moto Guzzi V100 Mandello still sports some vintage, as it is a proper sport-touring machine, a segment that was thought dead long, long ago.

The sport-touring segment is making a revival though, so too is Moto Guzzi, perhaps even more so today.

With four valves per cylinder, along with finger followers and a double overhead camshaft, the engine package is 103mm shorter than the recent V85 TT platform.

Peak torque is rated at 77 lbs•ft (105 Nm), with 90% of that figure available at 3,500 rpm. Drive to the rear wheel comes via a shaft drive, which runs alongside the aluminum swingarm.

Moto Guzzi says that he drive shaft exit position is much lower with respect to previous Moto Guzzi engines, and thus does away with any suspension movement from the transfer of torque, and thus needs no swingarm linkage.

The Italians say that this makes for a smooth ride during both acceleration and deceleration, on par to what one would find on a chain drive, but with the typical advantages of a shaft drive.

To help with touring duties, there is a large and wide saddle for the rider and passenger, and the fuel tank is 4.6 gallons (17.5 liters).

But for maximum rider comfort, Moto Guzzi is using adaptive air deflectors at the front of the bike’s fairing (near the fuel tank), which extend to different degrees depending on the riding mode and speed of the bike. Fully extended, they can reduce wind to the rider by 22%.

Öhlins semi-active suspension rounds out the techno-wizardry for the up-spec trim, though both trim levels offer a six-axis IMU, which powers the cornering ABS.

Four levels of traction control are also available as standard, as are three engine maps, and three engine brake levels, all of which is controlled via a 5″ TFT dash.

There is no word yet on pricing or US availability, we are almost certain to see this bird flying stateside, and that makes us happy. 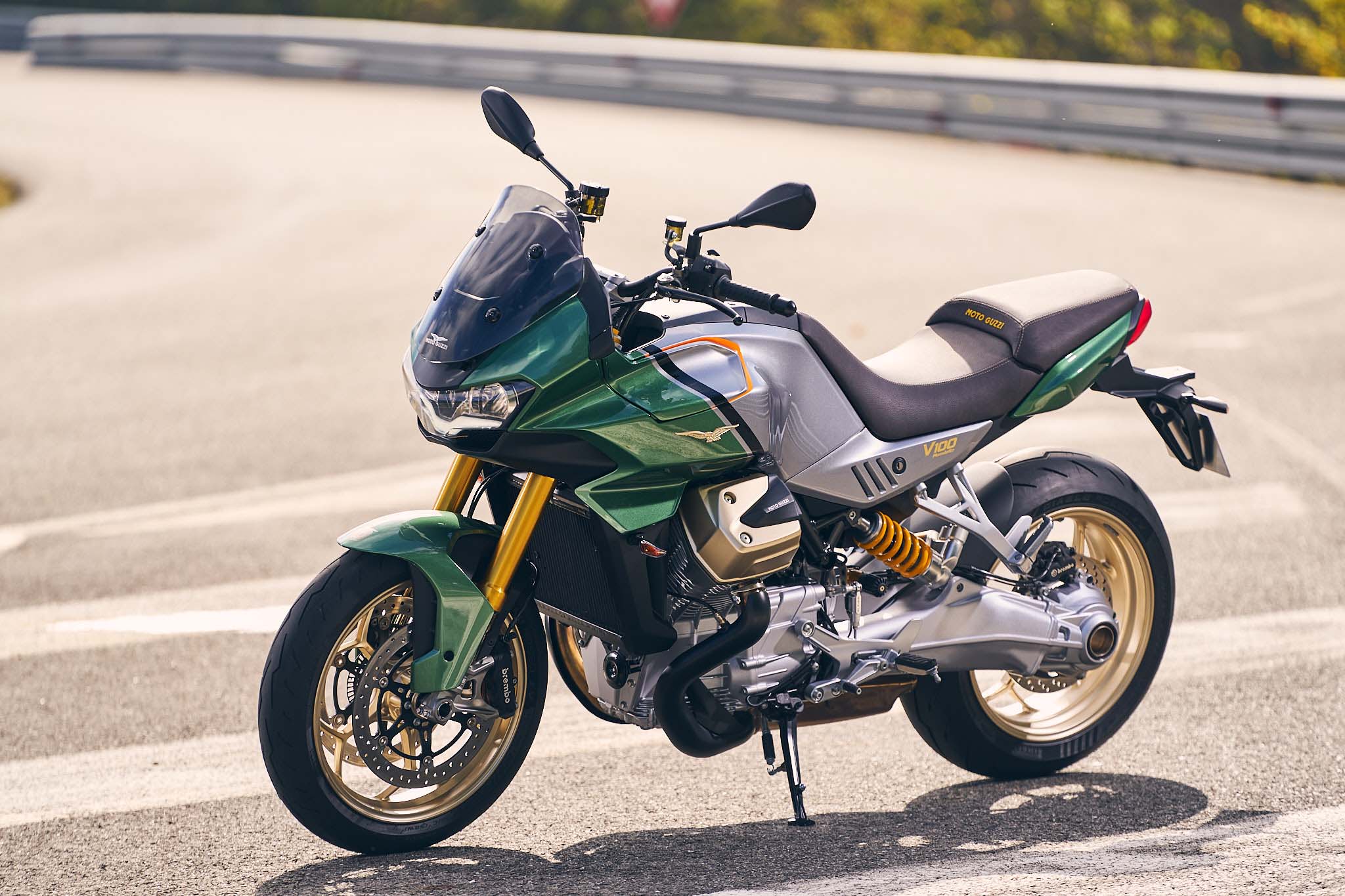