Italian designer Oberdan Bezzi calls his latest creation a modern interpretation of the Moto Guzzi’s iconic Le Mans motorcycle, but we get a distinct MGS-01 Corsa vibe from the concept sketches.

Based on the new water-cooled V100 platform, which is currently the cornerstone for Moto Guzzi’s new Mandello sport-touring offering, Bezzi sees a sportier approach for the transverse 90° twin.

As such, the Moto Guzzi V100 Le Mans concept features more of a full-fairing look than what is on the MGS-01 Corsa, but it probably produces similar performance figures – 115hp / 77 lbs•ft.

The high-mount SC-Project adds to the sporty look, and while the V100 platform isn’t going to compete in outright performance against today’s superbikes, the machine looks like a good time on a weekend track day.

Overall, the V100 platform marks a new chapter for the Moto Guzzi brand – one that takes the Eagle from being a heritage-based afterthought in the motorcycle industry, and into a space with modern and leading innovations.

The idea of a Moto Guzzi sport bike seemed like a ludicrous notion just a few years ago, but today it seems like a very real possibility. Could we see a modern-day Moto Guzzi Le Mans or MGS-01 Corsa on dealer floors? Perhaps.

If we do, I think it will be pretty close to the form we see here in Bezzi’s designs, and that excites me. 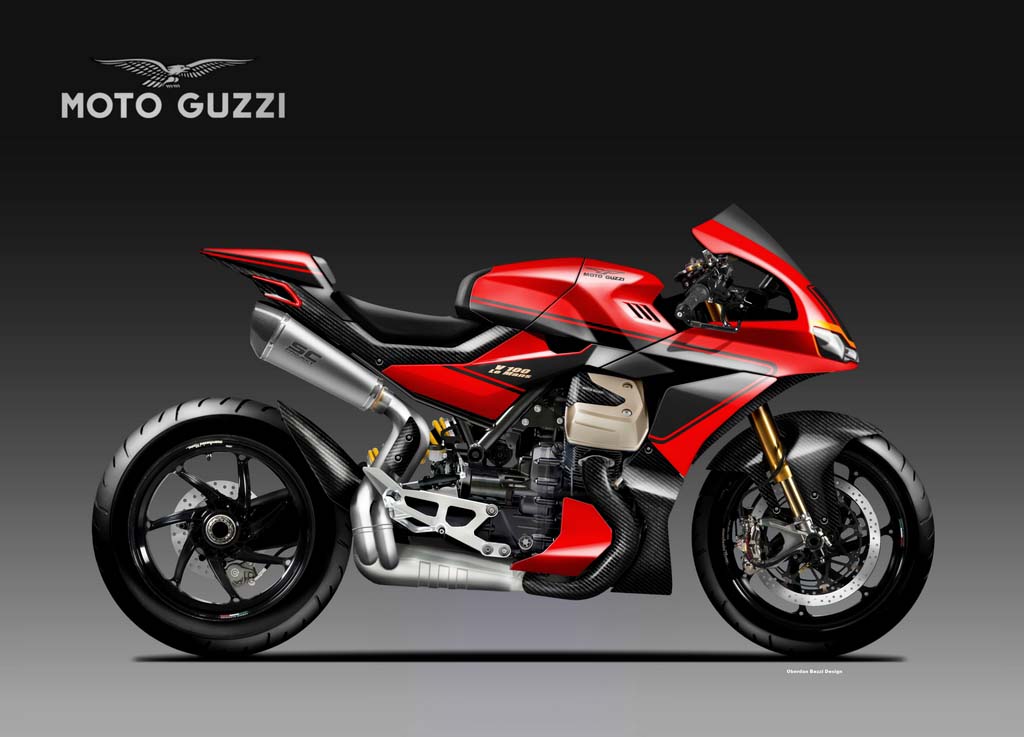 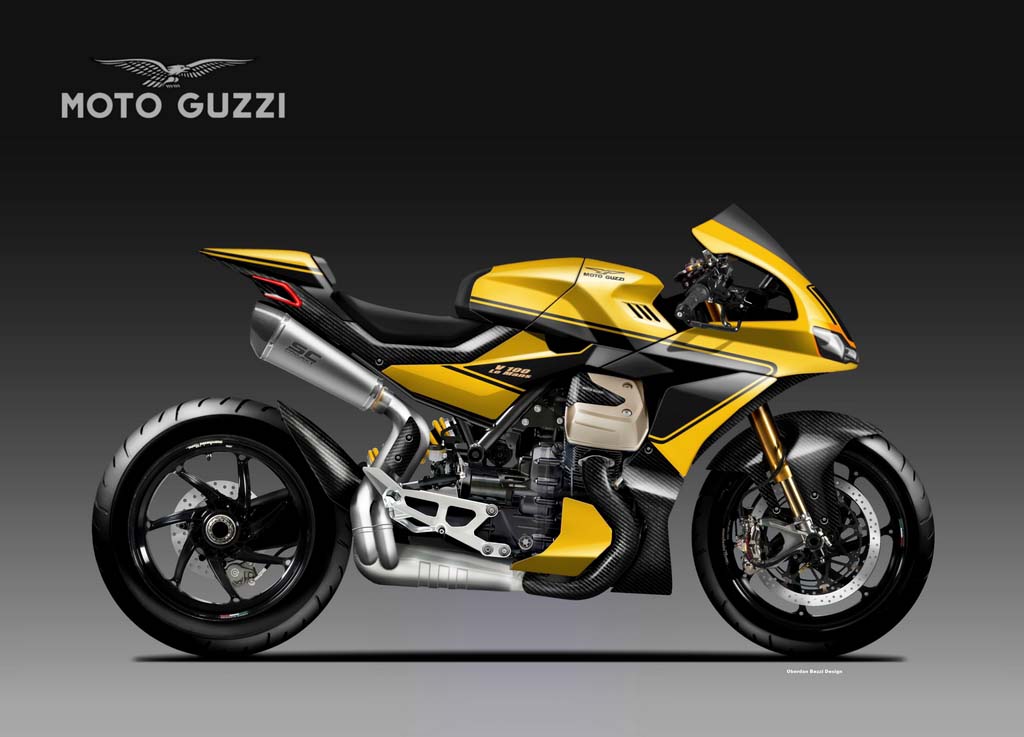