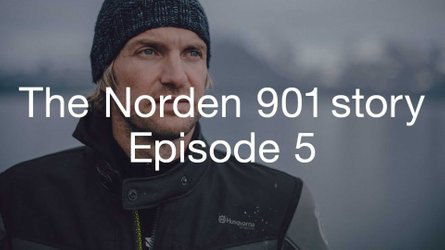 Husqvarna has been building hype for its upcoming Norden 901 for some time now. After revealing the new model at EICMA 2019, the brand continued developing the adventure bike while also juggling COVID-19 restrictions. Most recently, Husqvarna launched a video series documenting that unconventional development process. From project management to field testing, the multi-part series gives us a peek behind the curtain. Now, KTM’s Swedish subsidiary wants to introduce us to its accomplished test rider Lyndon Poskitt.

To push the platform to its limits, Husqvarna entrusted the Norden 901 prototype to British world traveler Lyndon Poskitt and South African-born Swiss explorer Mike Horn. Riding since he was 10 years old, Poskitt is well-versed in numerous motorcycling disciplines including supermoto, road racing, enduro, and trials. From finishing the Dakar Rally to commuting to work, Poskitt’s broad perspective helps him test the new mid-size adventurer alongside Husqvarna’s team of designers and engineers.

Poskitt’s experience with various riding disciplines also culminated in a love for adventure riding. Following a near-fatal training incident in 2013, the British rider embarked on a 245,000-kilometer (152,235-mile) trip around the world. During the journey, Poskitt traveled through 70 countries and raced in 11 competitions throughout the six inhabited continents.

The rider’s trusty steed on the adventure was a heavily modified KTM 690 Enduro R. The international explorer documented the trip in a 200-episode video series which he posted to his YouTube channel. Aside from circumnavigating the world, Poskitt also provides rally and race training to budding off-road competitors.

Lyndon Poskitt Racing (LPR) not only helps groom future rally contenders but also fields riders for its Africa Eco Race team. While LPR isn’t a factory outfit, KTM and Motorex support the rally team. With such a versatile skill set and familiarity with KTM/Husqvarna products, Poskitt seems like the perfect candidate to develop the new Norden 901. Thanks to his efforts, we have a feeling that Husqvarna’s upcoming ADV will live up to the hype.

Yamaha’s Double Y Concept Has Young Riders In Its Crosshairs