Marc Marquez To Miss 2022 Honda RC213V Unveiling Due To Diplopia 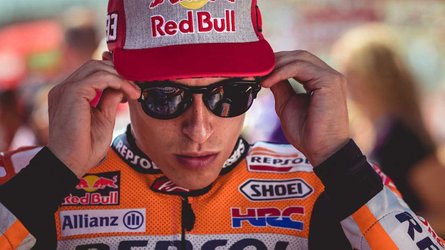 It’s that time of the year again. While most of us are struggling to keep our New Year’s resolutions, MotoGP teams prepare to unveil their bikes for the new season. With the first official pre-season test at Malaysia’s Sepang circuit set for February 4-5, 2022, Honda plans to introduce its 2022 RC213V to the world on January 14, 2022.

Team Red has already announced that Repsol Honda rider Pol Espargaro and LCR Honda riders Taka Nakagami and Alex Marquez will be in attendance. However, the six-time MotoGP champion and Repsol Honda leadman Marc Marquez will skip the presentation as he continues nursing his injured eye.

The annual bike unveiling isn’t the most important date on the Spanish rider’s calendar. On the other hand, Marquez’s camp has been somewhat cagey concerning news of his latest diplopia diagnosis. When the injury first occurred the week of the 2021 Algarve Grand Prive, HRC only reported it as a concussion. A week later when many expected Marquez to return to the paddock, it was revealed that the rider was struggling with diplopia (double vision) as well.

In December, 2021, Marquez’s doctor released an update on the 8-time world champ’s condition, but the report was light on details, noting “adequate progress” with the recovery process. This latest move will only fuel speculation about number 93’s condition.

Last season, while still battling an arm injury, Marquez joined team newcomer Pol Espargaro for the 2021 RC213V unveiling. The story will be different this season, with Marquez choosing to forego the public appearance as he recovers.

While number 93’s presence will be missed at the unveiling, he has bigger fish to fry. With the Sepang test around the corner, Marquez has his sights set on returning in time to ride the updated RC213V. His priority isn’t pulling the covers off the new bike, but we hope he heals in time to make the pre-season tests in 2022.

3-Course Dinner-for-Two Recipes for $15 or Less