Marc Marquez is MotoGP’s comeback king. The crash-prone rider is used to living at the edge of grip, and that’s led to several comeback storylines throughout his career. Luckily, the Spanish rider has risen to the occasion every time. The number 93 spent most of the 2021 season battling an arm injury sustained in the opening round of the 2020 season.

After a training crash and diplopia (double vision) diagnosis prior to the penultimate round of the 2021 schedule, it looks like Marquez will have to fight back in 2022 as well. However, the Honda Repsol rider isn’t taking that fate lying down. Following “adequate progress” with his conservative eye treatment, Marquez is back to work.

To update his fans on the health status, the six-time MotoGP champ took to Instagram, posting a picture of himself in Red Bull-branded workout gear. Marquez is an avid runner and with less than a month before the first 2022 pre-season test at the Sepang Circuit, it’s time for the rider to regain some stamina. Of course, his many adoring fans replied to the image with words of encouragement, and a slew of “strong” and “heart” emojis.

On the other hand, it’s still uncertain if Marquez will return to the paddock in time for the Malaysian test. With the eight-time world champ battling successive injuries, Honda Repsol has started looking at the prospect of signing Suzuki rider and 2020 MotoGP champion Joan Mir for 2023. Marquez’s spot in the Honda Repsol garage is safe through 2024, but the move could displace Pol Espargaro next season.

“Honda are desperately trying to sign a winning rider and it’s the right thing to do,” explained GP One’s Carlo Pernat. “There are two names: Quartararo and Mir, it’s more likely that Joan will end up there, because he costs less and he’s the right man. It will be quite a quick thing, I believe that by the start of the world championship the operation may have already been completed, or almost.”

While the potential signing would future-proof the historically successful but currently struggling MotoGP team, Mir and Marquez don’t exactly get along. Throughout the season, the riders battle in Free Practice and in several key races. Mir even criticized Marquez’s tactics during the 2021 San Marino Grand Prix. 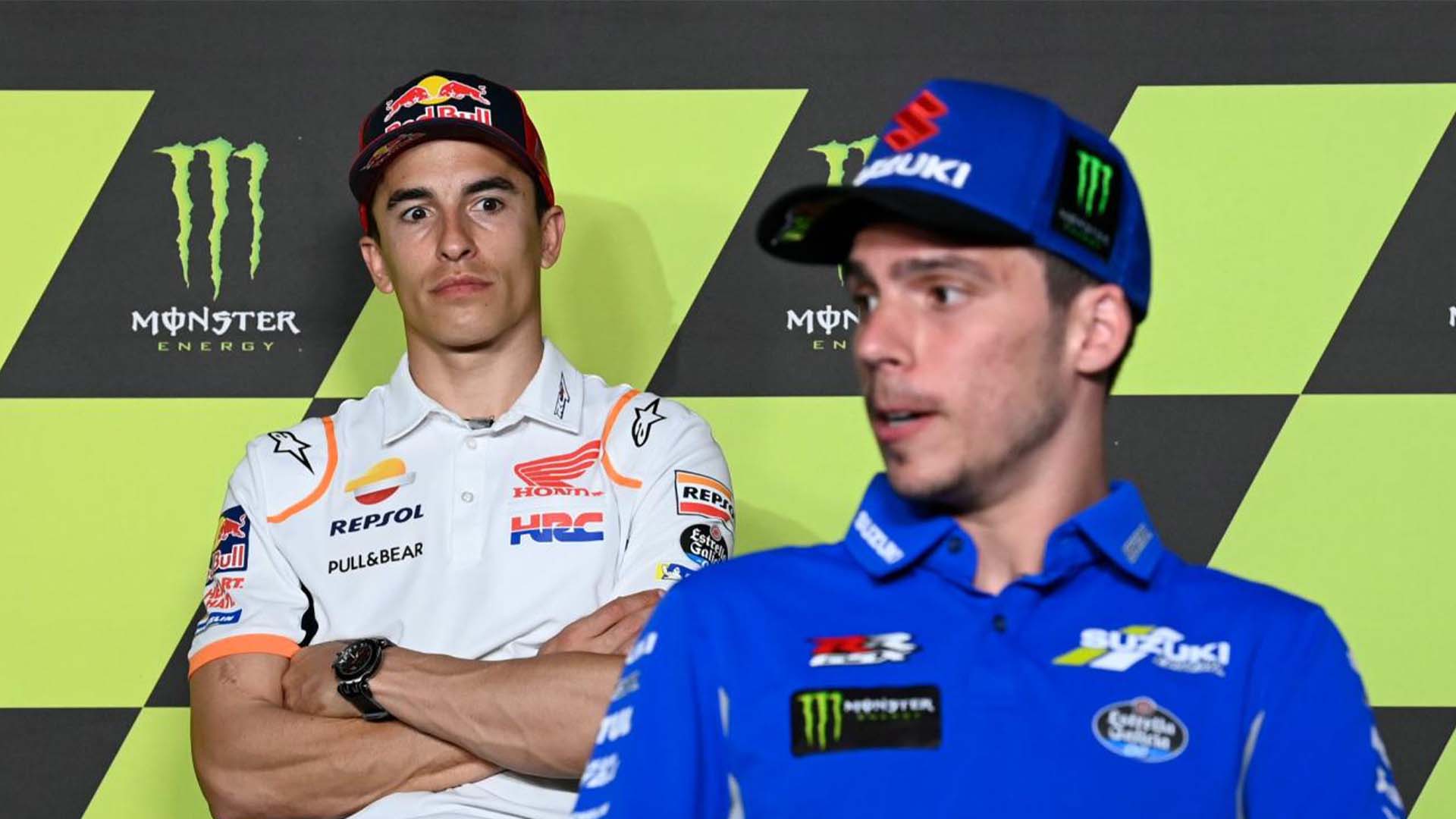 “I don’t know, it’s something that it’s difficult to understand for me how an eight-time world champion cannot make his job on his own and all this and always needs [to follow] someone’s wheel,” Mir stated.

If Honda does pull the trigger on Mir, Marquez won’t just have to battle to get back on the MotoGP grid in 2022, but he’ll have to stay healthy enough to retain his top spot at Repsol Honda.