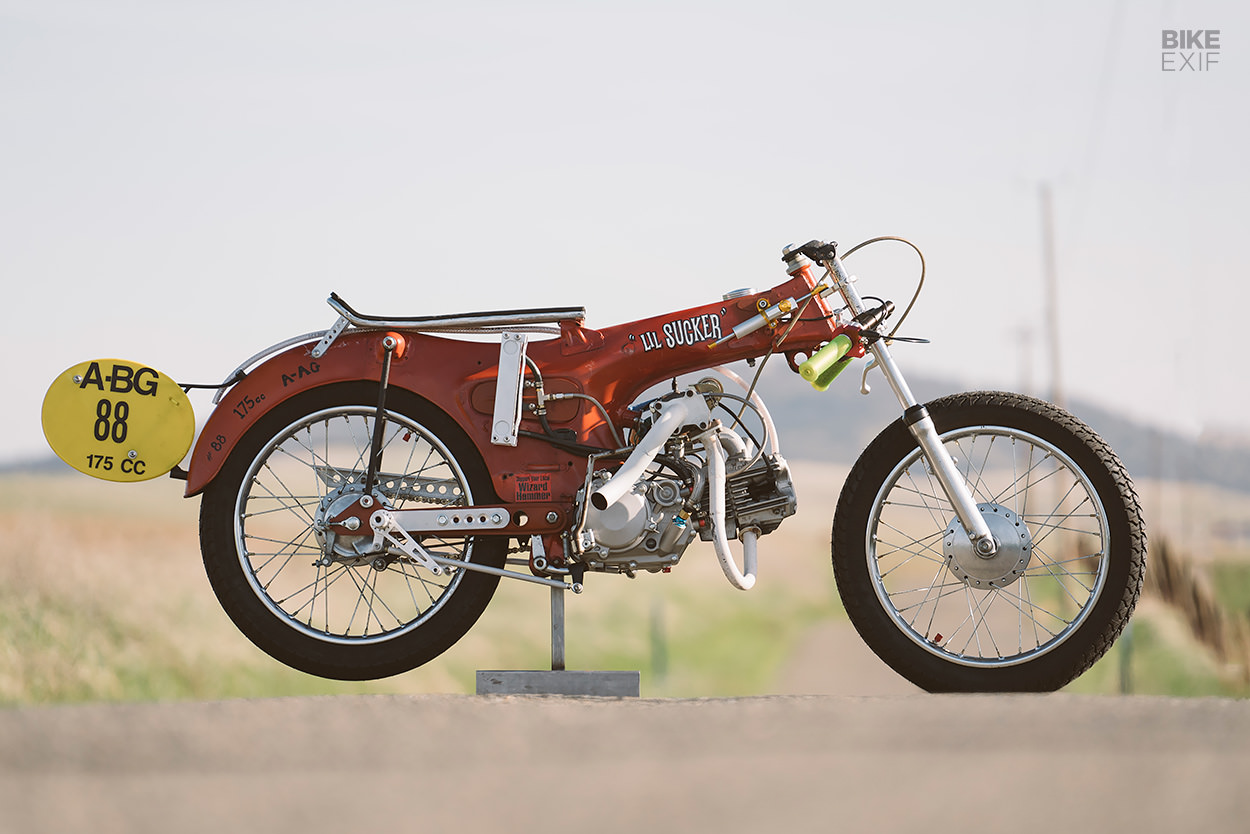 On his first visit to the Bonneville Salt Flats in 2013, Tim Klostermann couldn’t believe the variety of motorcycles he saw, from vintage streamliners to garage-built Hayabusas. The Flats inspired him, and after a few days of roaming around the pits and seeing all types of bikes and the whole gamut of skill levels, Tim decided to build a race bike of his own, despite never having raced or built a bike before.

Tim saw a woman racing a restored Honda C110 and it led him to consider the bike’s successor, the Honda S65 that debuted in the mid-1960s. “I didn’t feel the need to go 200 mph, and an S65 looked pretty simple,” he says. “I felt it was perfect for my first build.” 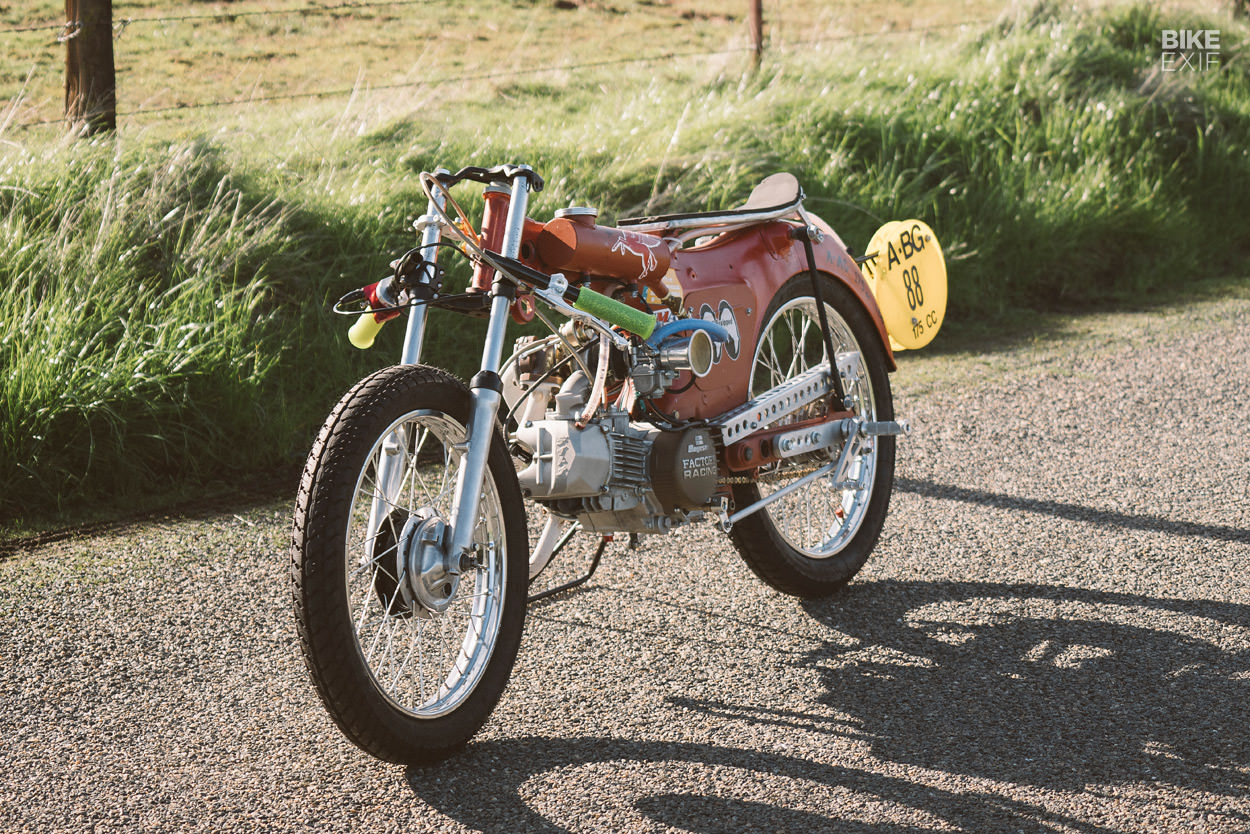 Back home in Northern California, he sourced two donor bikes and put together a build plan. Tim knew how to weld, but when it came to fabricating other parts for his bike, he would have to learn how to use his newly purchased lathe and mill drill; YouTube tutorials proved invaluable.

The S65 would race in the altered-frame class, which requires at least two modified features. Being a straight-line bike, the Honda wouldn’t need a full-size fuel tank, so Tim made a smaller tank out of a chunk of exhaust pipe and tacked it to the top-left corner of the frame. 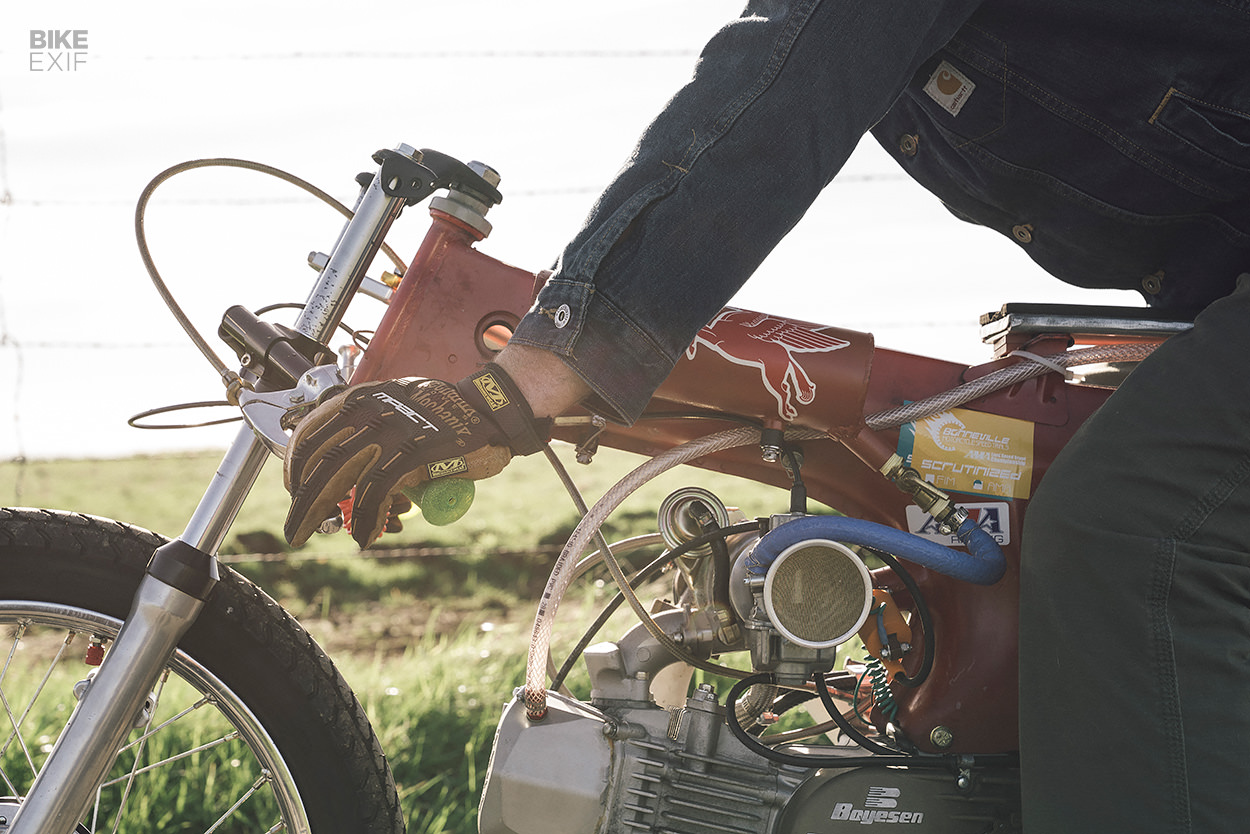 For his second modification, he replaced the stock 63cc Honda engine with a 150cc Daytona Anima engine. “It has four valves, where the standard Honda engine has two, and its clutch assembly runs independently from the crankshaft,” he explains. “The timing and rev limiter are easily adjusted through the CDI module, and most importantly, the Daytona has a claimed 21 horsepower compared to the Honda’s 6.2 horsepower.”

The build became more complicated after Tim thumbed through the AMA rule book and realized no one had claimed a land speed record in the “altered-frame, blown gas engine” class. 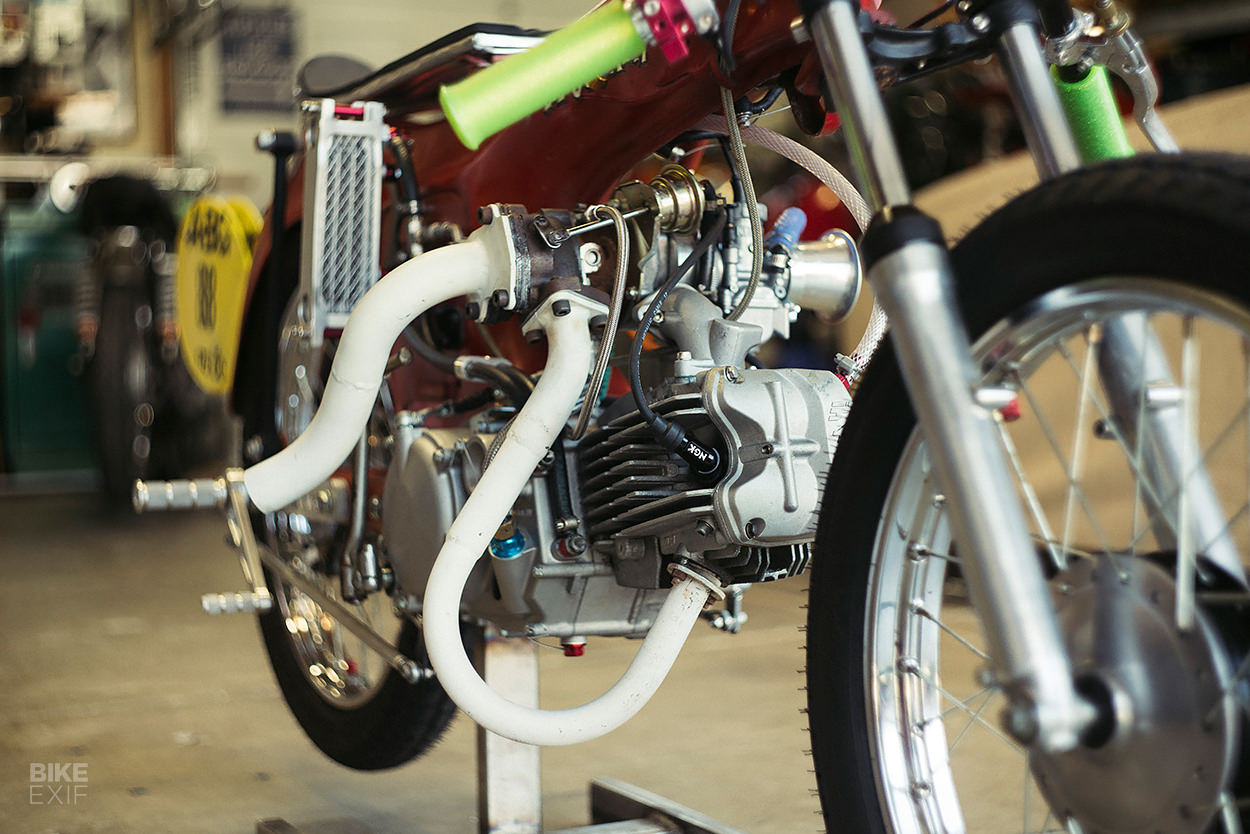 “The fact that there was no record established for that class… I considered it a challenge to fabricate and install a turbocharger on the bike and go out with a record before moving on to other projects,” he says.

Tim happened to have a turbo for a diesel tractor kicking around, and over the next few months, he figured out how to install the small-displacement turbo, replace its cartridges, fabricate a functional exhaust, fabricate carb adapters, fix oil flow problems, re-jet, re-time, disassemble, and reassemble—again and again. Through much patience and determination, Tim finally had Lil’ Sucker ready for the salt. 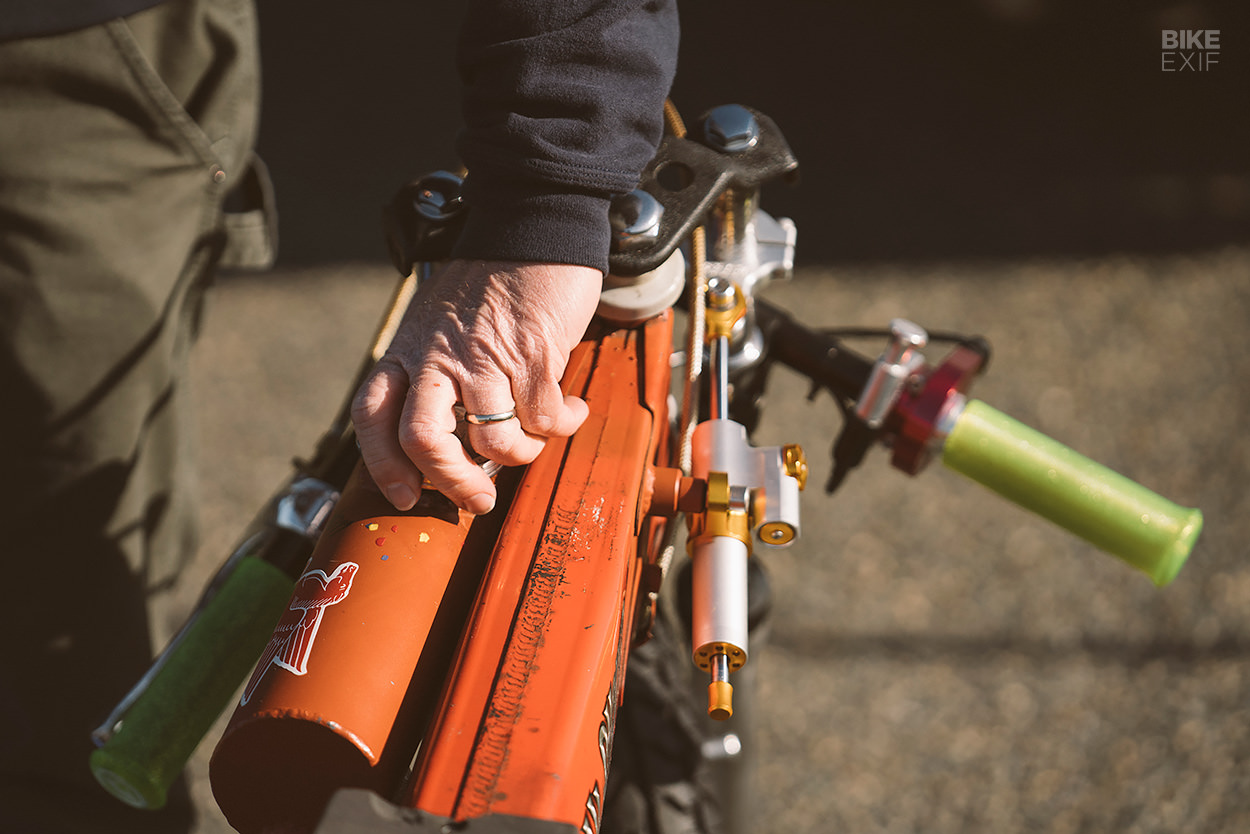 To claim a Bonneville record, all Tim had to do was ride Lil’ Sucker down the flats and come back. He did just that, posting an average speed of 62 mph. A new speed record was set, and Tim’s first-ever build was a clear success.

“I was a bit on the fence about going for an open record at first,” he admits. “Maybe in some respect, it felt a bit like cheating. But going through the complicated process of figuring out how to make the turbo work, I felt that I earned it in the end. And besides, now there is an established record for someone else to go out there and beat.” 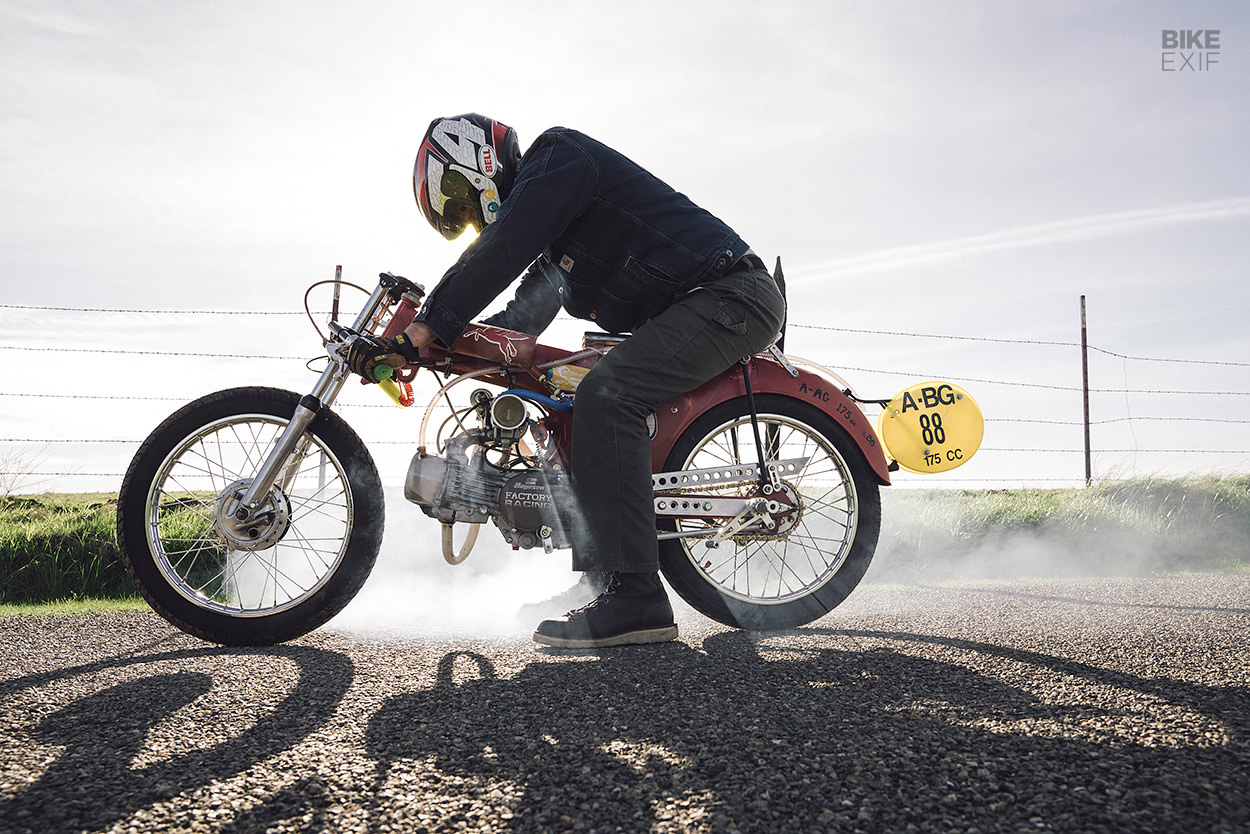 ‘Lil’ Sucker’ is an inspiration and demonstration for aspiring builders—proof that you don’t need a huge budget or years of experience to make a statement and break records.

“The bike is kind of a paradox,” Tim reflects. “It’s really just a diminutive bike initially made for someone to ride to high school back in the 60s that’s masquerading as a turbocharged land speed bike. It’s like a chihuahua: a tiny dog with a bad attitude.” 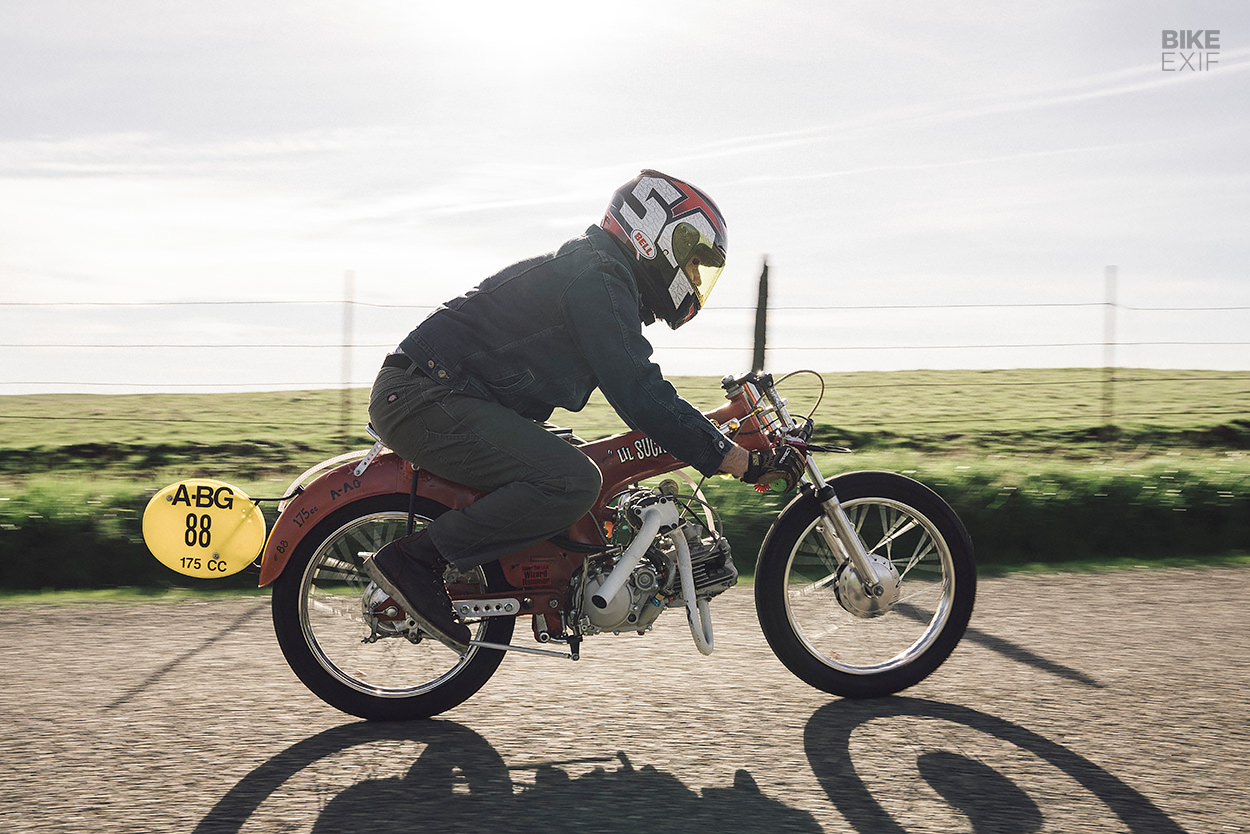 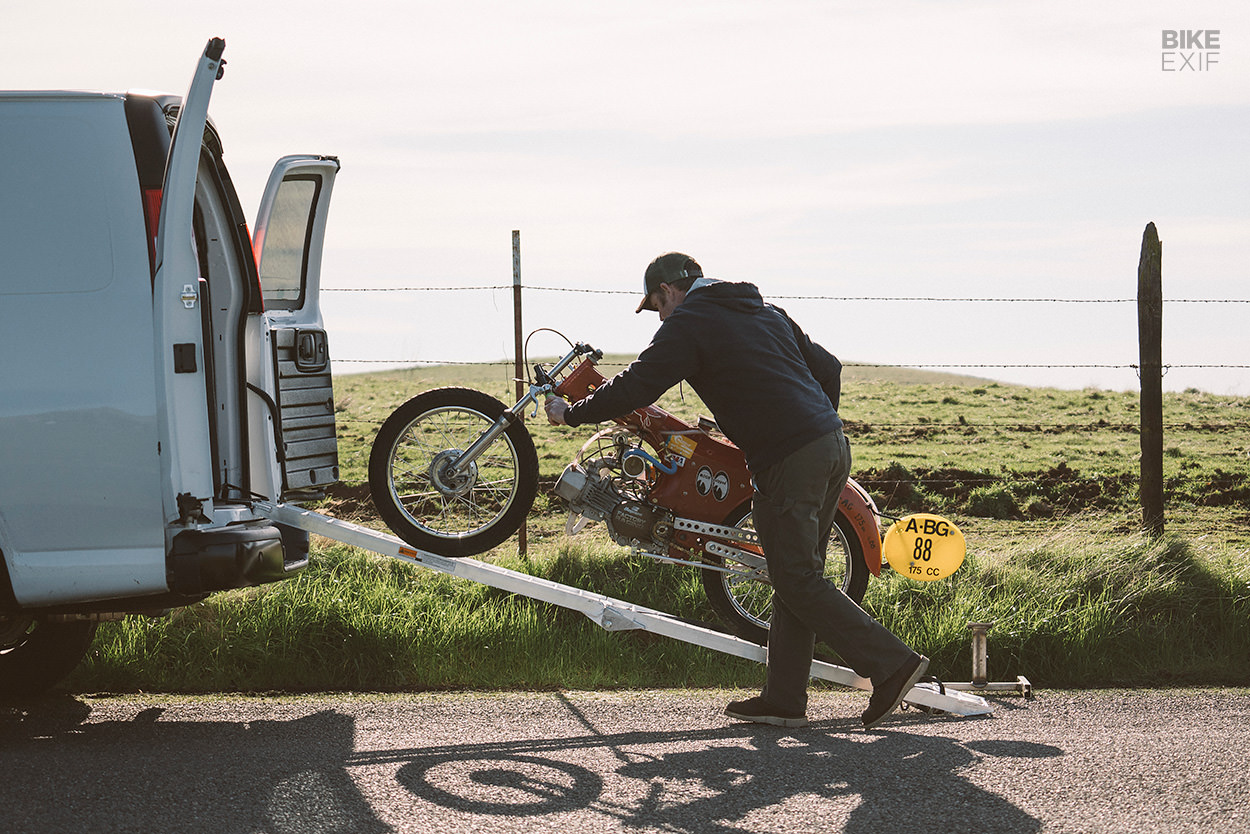 Here's Why A 1990 Honda CBR250RR Is Absolutely Magical