It comes a month after the release of the full-powered Tuareg 660 in May/June.

Pricing has yet to be confirmed for either bike. 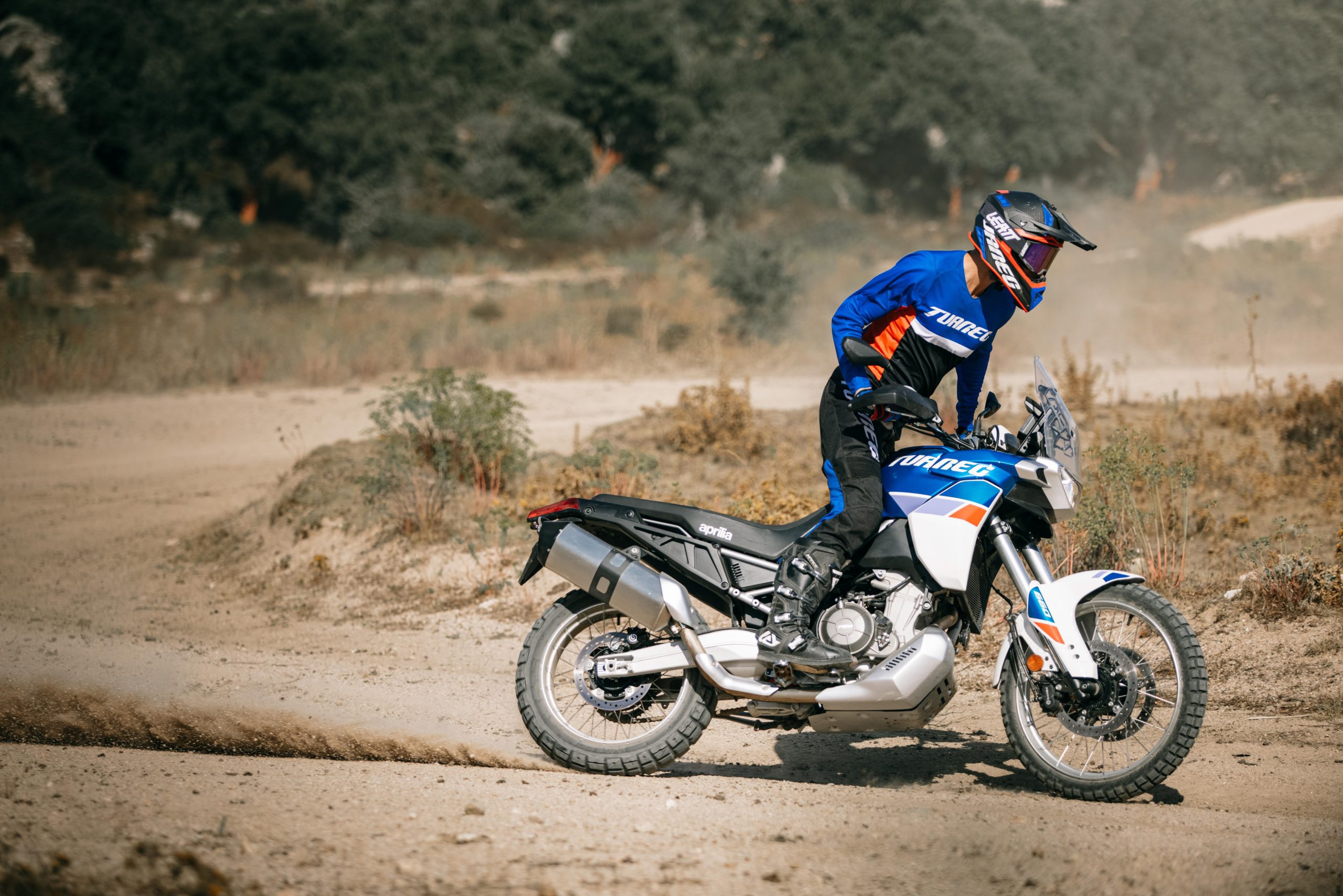 To qualify under Australia’s learner-approved motorcycle scheme (LAMS), the 660cc parallel-twin engine has been detuned to 35kW (47.6hp) at 5500rpm and 61Nm of torque at 5000rpm.

All other technical features of the learner adventurer are unchanged and include such features as LED lighting, traction control, four riding modes and even cruise control. A quick shifter is available as an accessory. 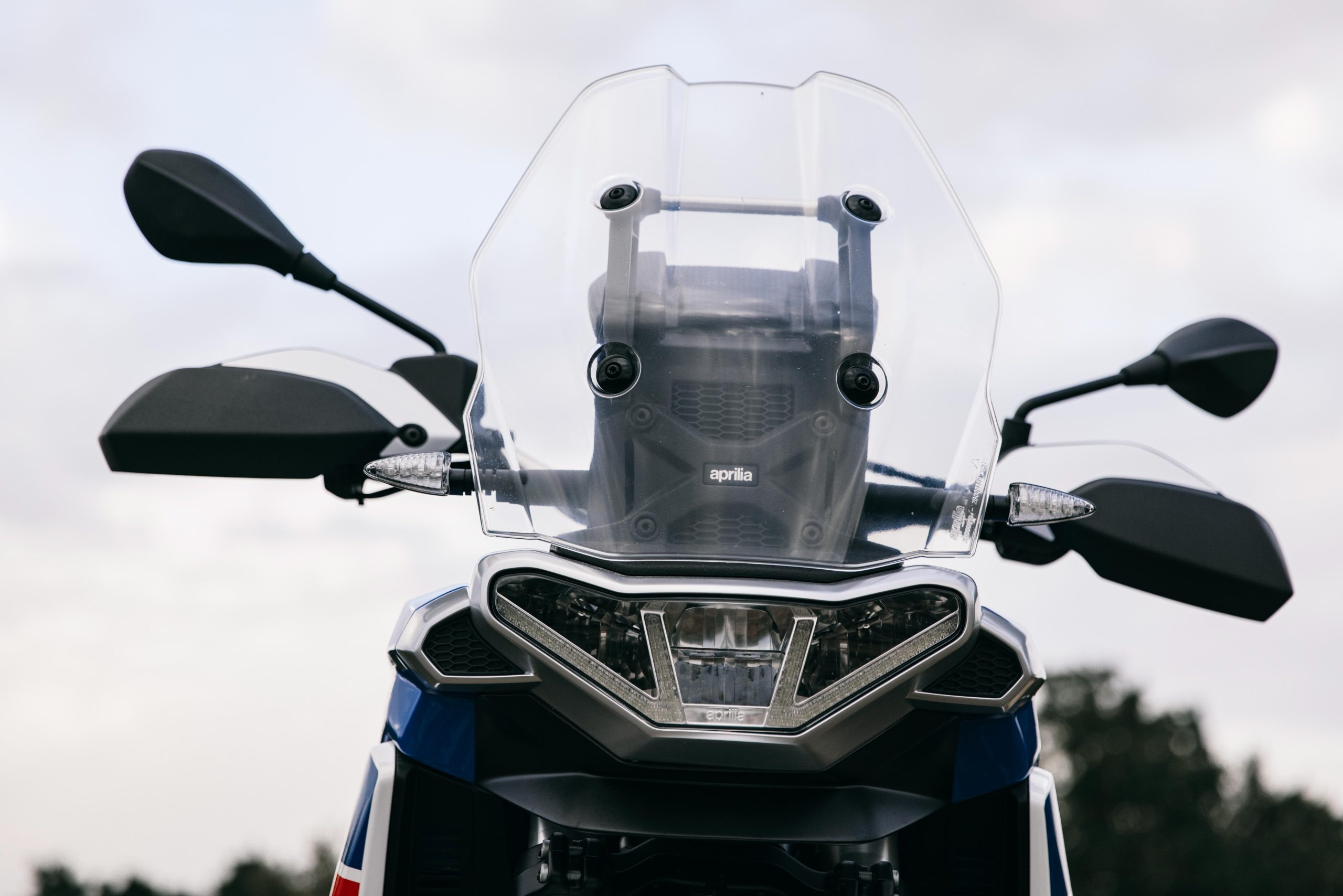 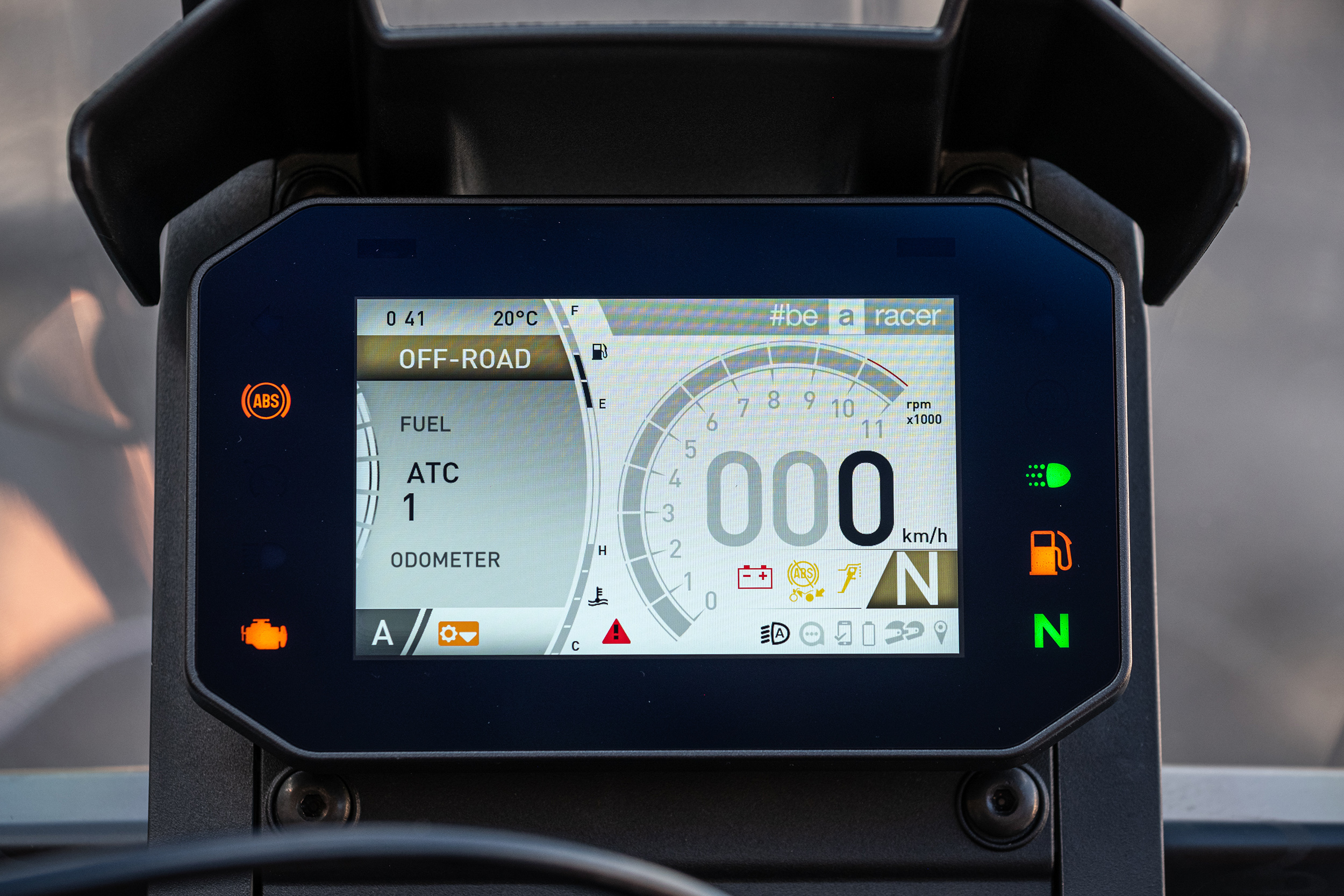 These adventure models are part of the new 660 platform following the RS 660 and Tuono 660.

They represent a return to adventure riding after the Caponord was discontinued, but promise to be much more dirt oriented with 21-inch front wheels and tubeless tyres on spoked wheels. 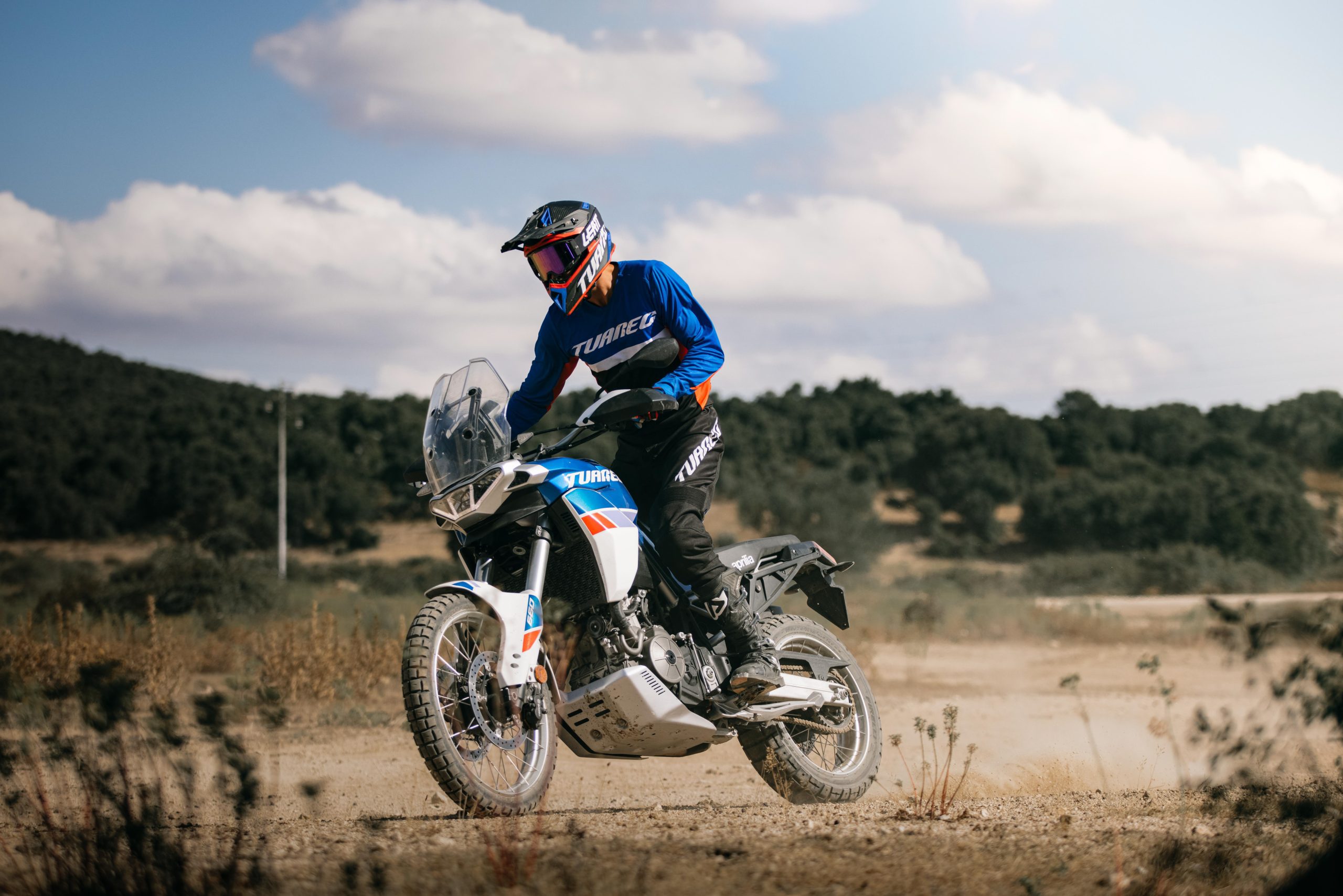 The name is also used by VW for their SUV although it is spelt Touareg. Both names refer to a nomadic Sahara tribe.

Tuareg 660 was designed by the Piaggio Advanced Design Centre in Pasadena, California.

It will arrive in a choice of Acid Gold, Martian Red (black and red) and Indaco Tagelmust inspired by the 1988 Tuareg Wind 600.

Aprilia has developed a range of accessories:

Aprilia will also have a range of adventure helmets, clothing and gloves as seen in the photos on this page. 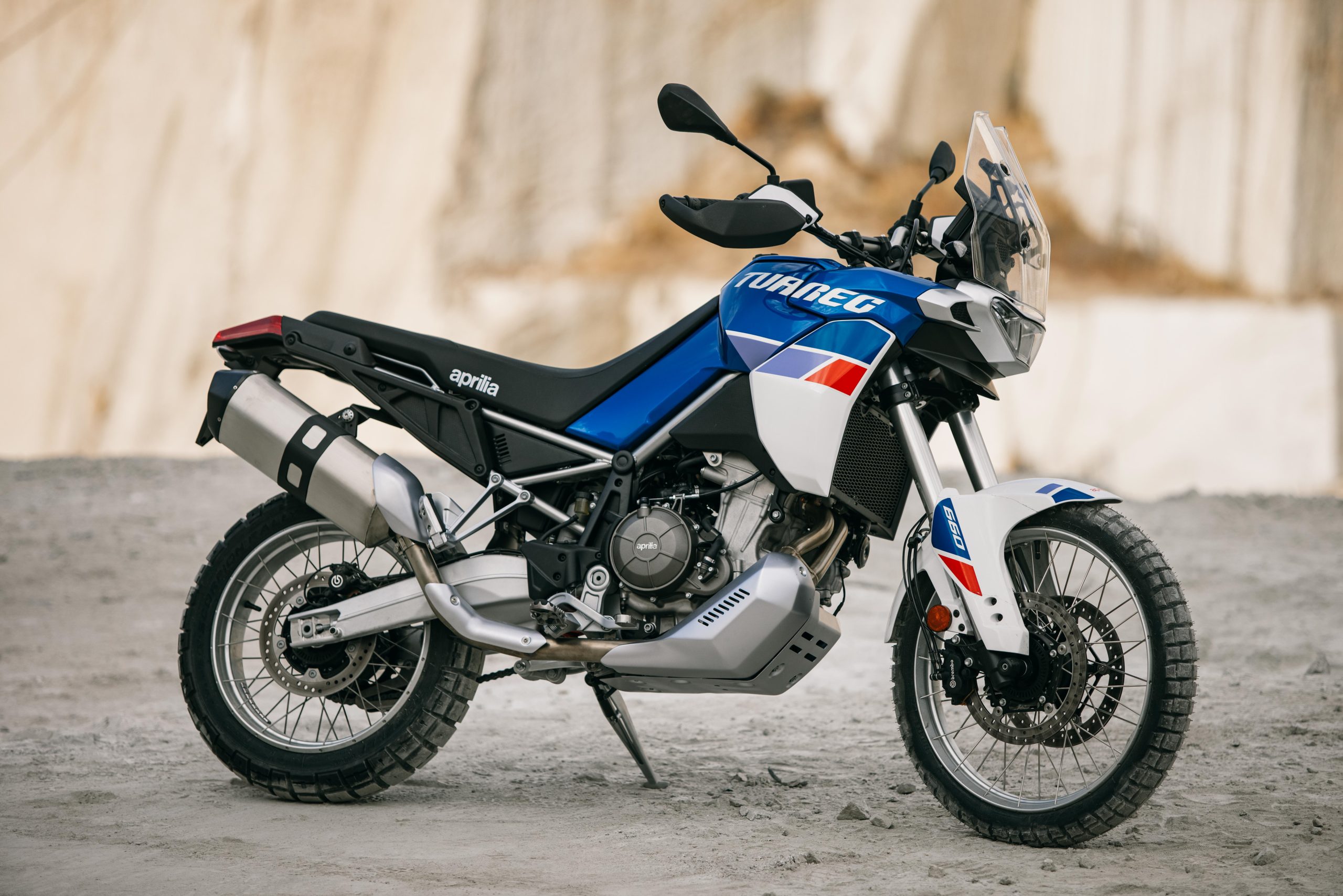 Snatch a glimpse of the finished Royal Enfield Super Me...