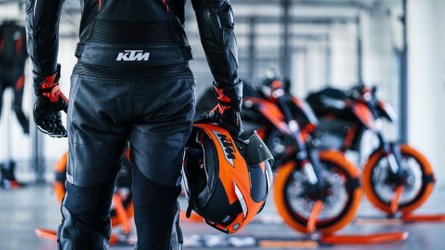 Announced in a press release and via social media, the Mattighofen firm will launch its Midweight Naked campaign throughout February, 2022. KTM plans to roll out details behind its revised 2022 890 Duke R on February 7, 2022, which the company claims to be “an even sharper iteration of The Super Scalpel”. Of course, the R variant already boasts premium WP Apex suspension and Brembo Stylema calipers, so we can’t wait to see if other chassis adjustments highlight the refresh.

While the renewed 890 Duke R will take the lead, KTM is saving the best for last. The brand will reveal the new 890 Duke GP on February 22, and it’s calling the model “a Grand Prix-inspired entry into Dukedom”. The thought of a GP-inspired naked bike may seem contradictory to most, but with KTM’s recently RC 8C project gaining massive attention in 2021, we wouldn’t be surprised if the team of designers and engineers infused some of the sportbike into the upcoming naked.