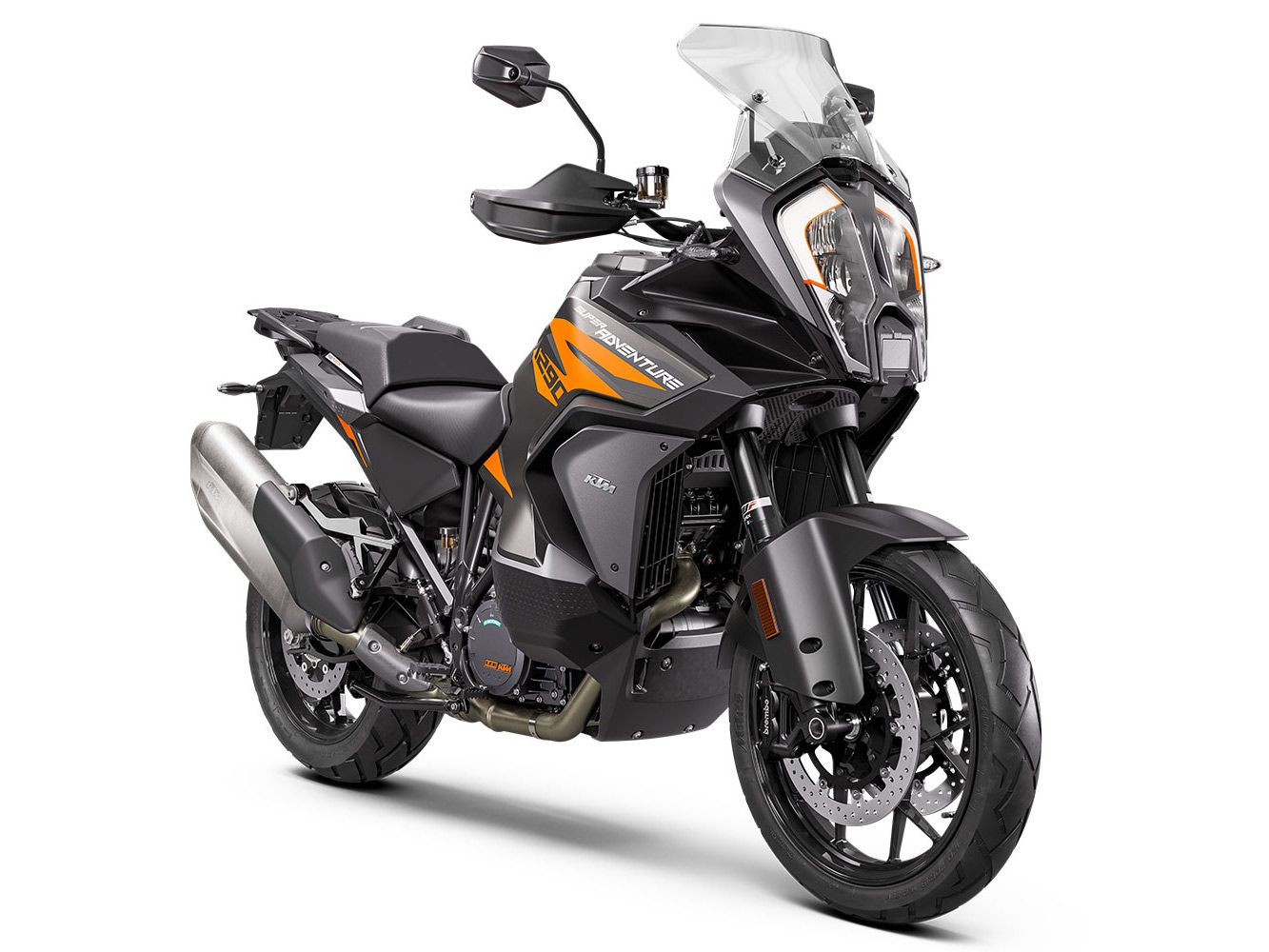 KTM’s latest-generation 1290 Super Adventure models hit the market in Europe back at the start of this year, but the firm chose to hold back these flagships from the US market—until now. They’ve now been announced as 2022 additions to the range, so we’re not missing out anymore.

Both models are built around a redesigned chromoly steel frame that tilts the engine forward more and shifts the steering head back to concentrate the mass over the front wheel, assisted by a new, longer swingarm. The bikes also adopt the side-mounted fuel tank idea that first appeared on the 790 Adventure, where a single, conventionally positioned filler cap feeds into a pair of low-slung tanks, one each side of the engine, to keep the center of gravity low and make the Super Adventure feel like it’s lighter than the figures (485 pounds for the S, 487 pounds for the R, both measured dry) suggest. Fuel capacity for both models is pegged at 6.1 gallons. 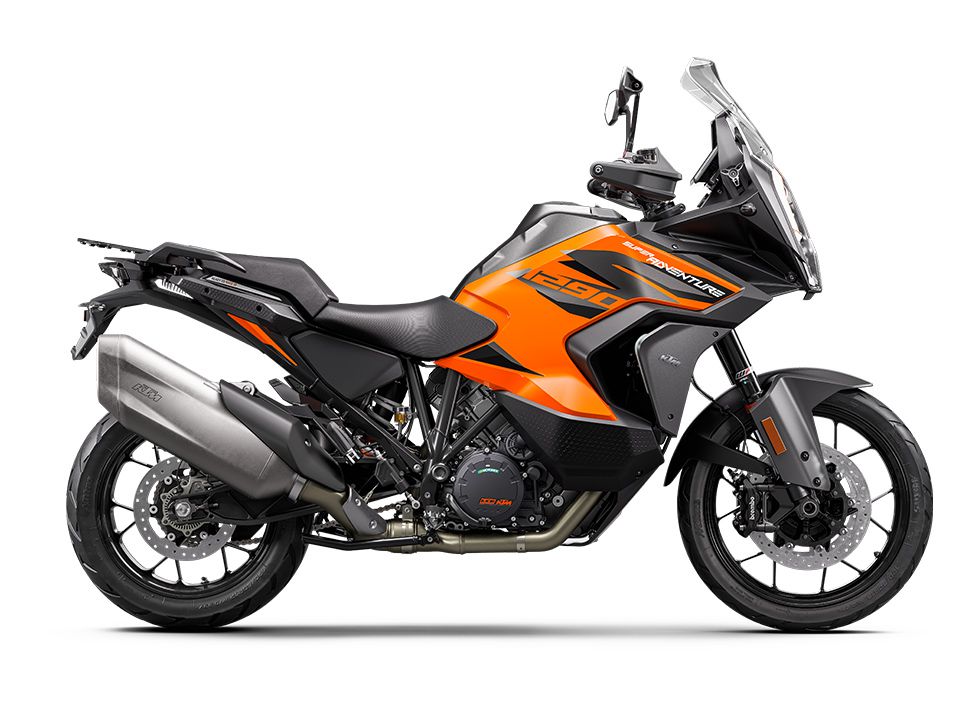 Both the 1290 S and R models get a redesigned chromoly steel frame and a new, longer swingarm. Airbox and exhaust are new as well. (KTM Motorcycles/)

That engine is the same 1,301cc LC8 V-twin that’s used across KTM’s high-end models, but it’s improved for the new generation with thinner cases to cut 3.5 pounds from its mass, along with revised internal oil passages, new exhausts, new coils, and a new clutch. The transmission is improved too, improving the change quality and making life easier for the optional quickshifter when it’s fitted. Both the airbox and exhaust are new as well, and the cooling system is revamped, with twin radiators and bodywork designed to funnel heat away from the rider’s legs.

All this adds up to 160 hp at 9,000 rpm and 102 pound-feet at 6,500 rpm, which puts the Super Adventure very near the top of the tree when it comes to adventure bike performance.

The electronics of both versions are also improved, with a six-axis IMU offering lean-sensitive traction control and cornering ABS that can be deactivated on the rear wheel in off-road mode. Four riding modes are standard—Rain, Street, Sport, and Offroad—with the option of an additional Rally mode that gives nine adjustable traction control settings. It’s all controlled via a new 7-inch TFT screen, with remote keyless ignition that also operates the filler cap and steering lock. 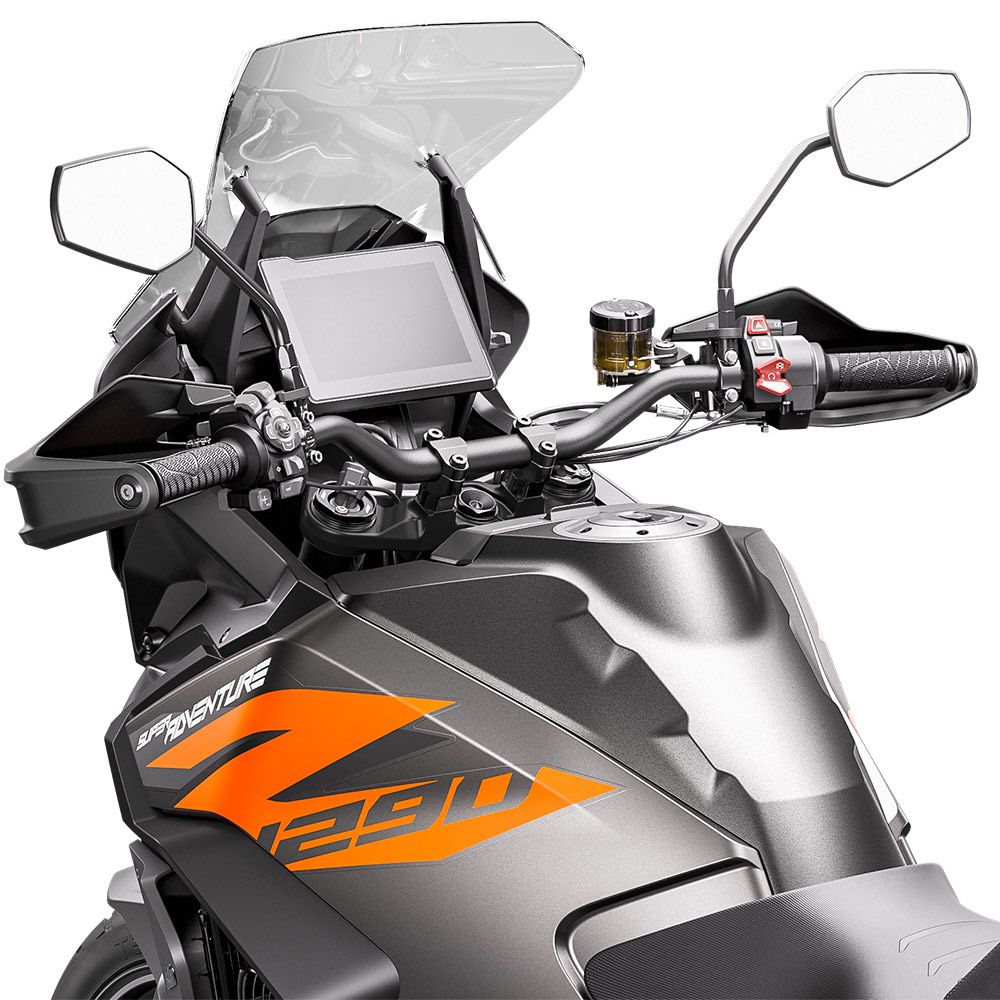 Despite sharing all those elements, the two models are very different. On its launch in Europe the 1290 Super Adventure S was the first production motorcycle to get radar-assisted adaptive cruise control as standard, using the same Bosch radar that’s optional on the Ducati Multistrada V4 S and the BMW R 1250 RT, R 18 B, and Transcontinental. Since then, Kawasaki has also made it standard on the 2022 Ninja H2 SX. Like the BMWs, KTM only uses the front radar, despite having tested prototypes with the Bosch rear-facing blind-spot monitoring sensor as well. The system offers five different distances that can be automatically kept from vehicles ahead, automatically adjusting the throttle to keep pace with them up to the preset cruise control speed. 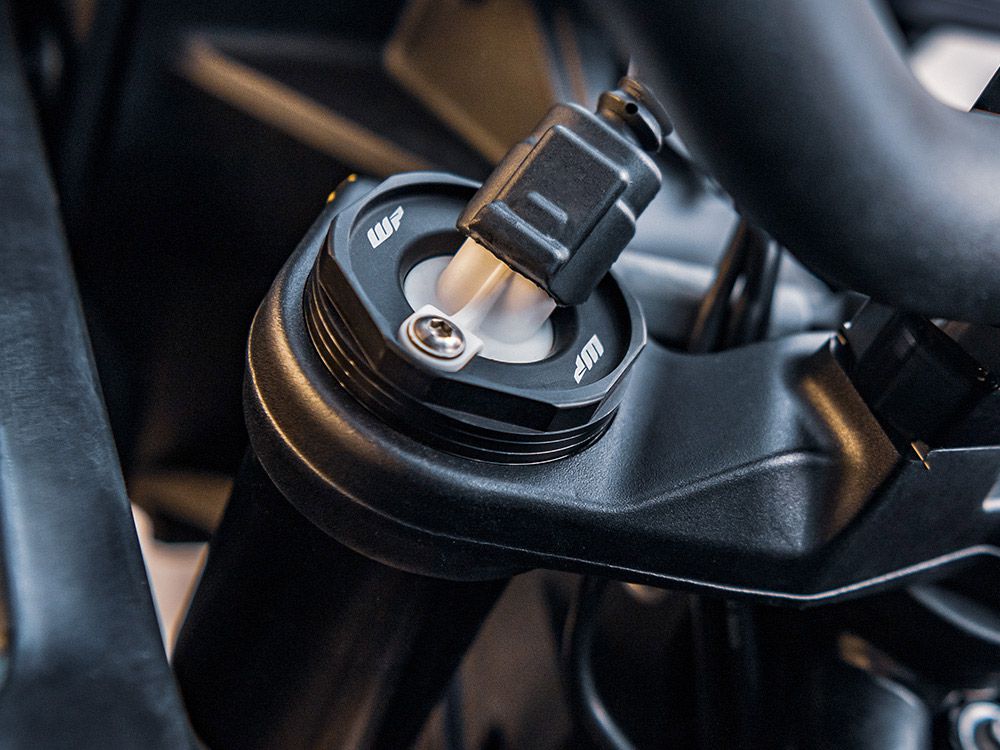 The S model also receives WP semi-active suspension which offers a choice of settings and is upgradable. (KTM Motorcycles/)

On the 1290 Super Adventure S, the tech keeps coming in the form of WP Apex semi-active suspension, which constantly modifies the damper settings with a choice of Sport, Street, or Comfort settings. Optionally, the system can be upgraded with Offroad, Auto, and Advanced modes. At the back, the shock can be optioned with automatic self-leveling to automatically adjust the preload to compensate for load to meet Low, Standard, and High presets. 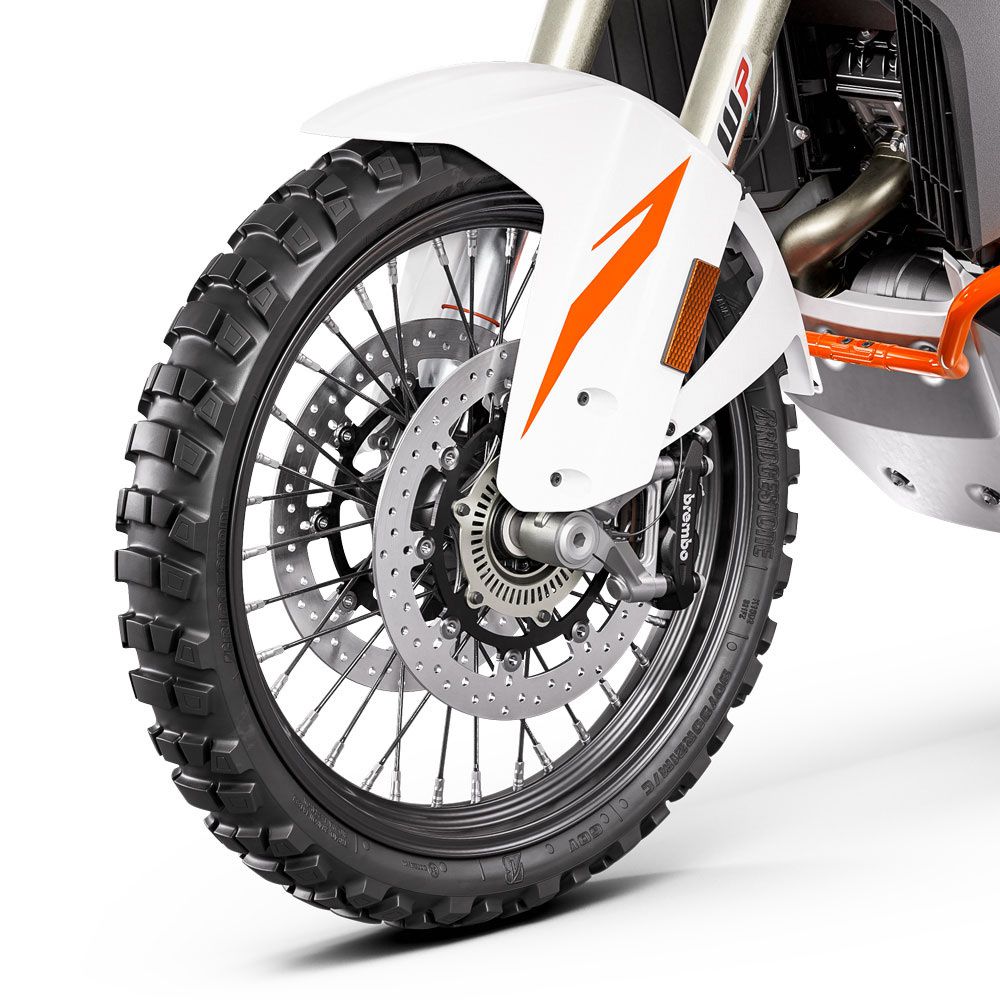 On the off-road-oriented R model, you get taller wire spoke wheels with knobbies, as well as increased (though not semi-active) suspension travel. (KTM Motorcycles/)

Shifting across to the 1290 Super Adventure R, that 2022 bike features the same main components as the S but loses the touring-oriented elements including the radar (although there’s still “dumb” cruise control), the semi-active suspension, the tall screen, and the road-oriented rubber on cast alloy wheels. Instead, it gets wire wheels with Bridgestone AX41 tires—90/90-21 front, 150/70-18 rear, compared to 120/70ZR-19 front and 170/60ZR-17 rear on the S.

While it’s not electronically controlled, the R’s WP Xplor suspension increases travel from 7.9 inches to 8.7 inches, while upping the ground clearance from the S’s 8.7 inches to 9.5 inches and increasing the seat height from 33.4 inches to 34.6 inches. Between them, the changes to the suspension and wheels alter the chassis geometry, shifting the steering head angle from the steep 24.7 degrees of the S to a more relaxed 25.3 degrees on the R.

US prices are yet to be announced, but the bikes are expected to reach dealers very soon.

7 Ways To Protect Your Home While You’re On Vacation