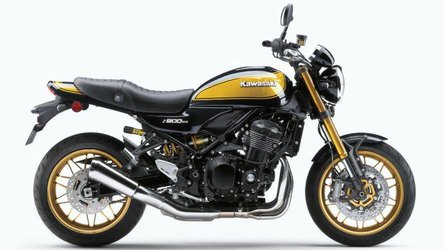 On August 16, 2021, Kawasaki unveiled its beautiful 2022 Z900RS SE in Europe. The yellow and black colorway that Kawi calls “Yellow Ball” was designed as a callback to two-tone candy paint of the original Z1. European fans were happy to get it, and moto fans everywhere else in the world wanted one.

As often happens with OEMs that sell their bikes around the world, Kawasaki tends to release its new models in different markets at different times. So, just because it only announced the impending European release of this Special Edition didn’t necessarily mean that other places couldn’t also expect to see it at some point in the future.

Sure enough, between mid-August and mid-September 2021, Team Green announced that this extremely desirable 2022 Z900RS SE would soon be available in Japanese dealerships. Fans, no doubt, were quite pleased with this news. If you sense a “but” coming, however, you’re completely on the money.

On September 17, 2021, Kawasaki Japan noted that its upcoming 2022 Z900RS SE release is now delayed due to parts supply issues related to the ongoing global pandemic. Although it was originaly anticipated to hit dealers later on in 2021, Kawasaki now anticipates that the earliest the Z900RS SE will be seen in Japan is sometime in Spring 2022.

Spring is an entire season, but Kawasaki wasn’t able to pinpoint anything clearer than that with regard to a release timeframe. While the company hasn’t said anything about other releases of the Z900RS SE in other markets, it’s reasonable to expect that any such future releases will also be affected by the delays the company is experiencing.

Since we’re now in the middle of September, 2021, we’re all likely very used to the idea of a lot of things being postponed due to supply chain issues. We sigh, maybe make a note to ourselves if it directly affects our future plans, and then go on about our business. If we’re lucky, we go out for a ride to clear our heads and resume some semblance of our usual outlooks on life. We can still all do that right now, of course—we just won’t be doing that on a 2022 Z900RS SE any time soon.

2022 King Of The Baggers Championship Starts At Daytona 200 Weekend