Kawasaki Announces Electrification Plans In Some Markets By 2035 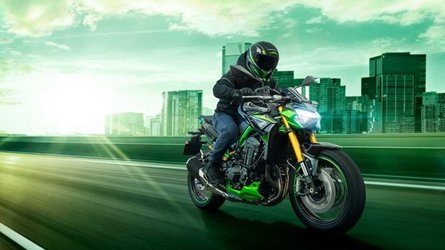 It seems like Kawasaki is doing its best to stay top of mind in 2021. From the Kawasaki Heavy Industries Q1 2021 announcement that it would spin off its motorcycle business, to its September, 2021 announcement of impending North American expansion in the next few years, Team Green has been busy. That, it appears, is just the stuff the OEM has told us so far, because some other big plans have apparently been in the works behind closed doors.

In September, 2021, Kawasaki mentioned that new Kawasaki Motors Limited president Hiroshi Ito was scheduled to give a speech at Tokyo’s Port Hall Takeshiba regarding the company’s future plans on October 6, 2021. To be clear, the company didn’t issue an announcement that was specifically about the meeting.  Instead, it just mentioned in passing that the meeting would happen while discussing other news. However, no experienced company drops a hint like that if all it’s going to say is “yep, growth is good, and we want to continue growing in the coming years.”

As it turns out, Kawasaki’s big October 6, 2021 announcement is pretty momentous. Apparently, Team Green wants to be about more than just a color. In fact, the OEM says that it wants all its main models sold in Japan and Western markets to be electric by 2035. That includes Japan, Europe, the U.S., Canada, and Australia.

Previously, Kawasaki has made no secret of the fact that it’s working on hydrogen-powered motorcycle development, and those plans will continue. “For motorcycle users, the experience of engine sound and vibration is very important. We want to keep the fun of such motorcycles and respond to the carbon-neutral era,” Kawasaki Heavy Industries president Yasuhiko Hashimoto said in a statement.

The choice of the company’s iconic river mark as its new logo was certainly not done by accident. It’s a new era for the company, in multiple ways. Will some of them involve hydroelectric power? Only time will tell.

Could The Haojue XCR300 Hint At An Upcoming Suzuki Naked Bike?