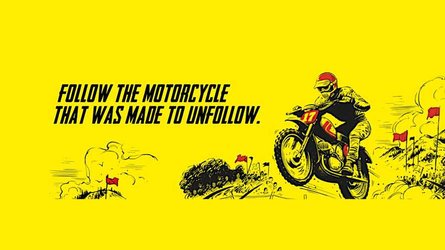 Yezdi fans in India have been eagerly awaiting news about when Classic Legends would finally bring the revived marque to market. Back in 2019, Yezdi launched its official Instagram account with an announcement about some exciting new t-shirts with designs featuring classic Yezdi bikes of yesteryear. Checking back in on the IG in November, 2021 shows no further posts have been made in the past two years.

Still, Instagram isn’t the only social media site used by millions of people worldwide. That’s why, on November 10, 2021, Jawa Motorcycles officially tweeted the news that “we have officially disowned our own—the original bad boy. Head over to the infamous @yezdiforever to check out the notorious #yezdiforever.” Here’s hoping it goes over better than Batman Forever, for everyone’s sake.

Checking out the shiny new Yezdi Forever Twitter account yields two short videos, each just a few seconds long. The first one bears the text “Yezdi Forever” in giant yellow letters against a white background, and features sketches of three classic Yezdi bikes. The second keeps the yellow “Yezdi Forever” text, but displays it against a cream-colored fabric background over a series of black-and-white photos featuring proud classic Yezdi owners and their bikes.

While the Jawa Motorcycles official Twitter feed has 29,000 followers as of November 11, 2021, the new Yezdi handle has managed to gather 878 followers since joining in December, 2020. Regarding that number, it’s probably worth noting that although the handle has existed since last year, Yezdi’s first posts didn’t appear until November 10, 2021.

It seems like various Indian publications that cover motorcycle news have spotted various Jawa and Yezdi test mules out on local roads for months now, so it’s clear that company activity is speeding up to bring new bikes to the public at last. Can we take Jawa’s announcement about Yezdi doing its own thing to mean that Yezdi bikes won’t be sold at Jawa dealerships, and will instead have their own showroom and service locations, or is it only about the brand’s social media presence? It’s probably too early to tell, but we’ll keep an eye out for more information as we head into 2022.