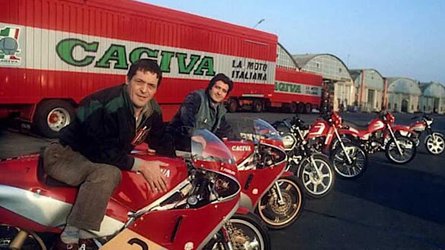 Cagiva co-founder and motorcycling legend Gianfranco Castiglioni died on November 10, 2021, after a long illness. He was 80 years old. Along with his brother Claudio, Gianfranco Castiglioni was one of the major architects behind the Italian motorcycle industry as we know it in 2021. In fact, it’s probably fair to say that things now would look a lot different without the contributions of both Castiglioni brothers.

Back in 1978, brothers Gianfranco and Claudio Castiglioni relaunched the family business, Cagiva. The name comes from “Castiglioni Giovanni Varese,” and was originally named for the brothers’ father Giovanni, founder of the original company in the 1950s. Like plenty of other motorcycle brands, Cagiva started out doing something else—in this case, making various metal components. It was the Castiglioni brothers who reshaped Cagiva into a motorcycle company in the late ‘70s.

As it grew, Cagiva directly intersected with Aermacchi, AMF/Harley-Davidson, and later went on to acquire the likes of Ducati, Moto Morini, Husqvarna, and of course MV Agusta. The brothers relaunched Ducati in the ‘80s before doing the same for MV Agusta in 1992.

While Claudio may be the more well-known Castiglioni brother among motorcycle history enthusiasts, it’s because he was the outspoken PR person. By all accounts, his brother Gianfranco was happier to work behind the scenes, as the quiet mastermind behind the family’s motorcycle business. In later life, Gianfranco also became president, part owner, and patron of the local Varese basketball team.

Gianfranco Castiglioni is survived by his wife, Santa, and children Claudio and Davide, as well as countless friends and fans around the world. His loss is incalculable, just as his contributions to motorcycling were. We at RideApart send our deepest condolences to the family, friends, and fans who have been touched by Castiglioni’s legacy around the world.