Home » Articles » Is The 2022 Harley-Davidson Low Rider S Getting An Engine Upgrade?
Articles

Is The 2022 Harley-Davidson Low Rider S Getting An Engine Upgrade? 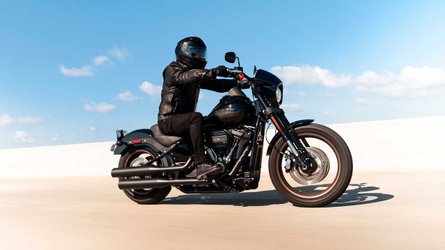 What’s new in 2022 for Harley-Davidson? We’re still waiting two more weeks for the Motor Company’s big launch event on January 26, 2022. However, as of January 5, we now know a bit more about the returning lineup. That, of course, leaves plenty of room for speculation about what’s waiting behind the curtain on January 26.

The strongest rumors are currently centered on some tasty potential upgrades for the 2022 Low Rider S. As you’ll recall, it was conspicuously absent from the earlier 2022 returning model announcement. While letting discontinued models drift away with little-to-no fanfare is a pretty common OEM ploy, that seems extremely unlikely in this case. What’s far more likely is that the Low Rider S is evolving—but how, exactly?

The folks over at Motorcycle.com painstakingly gathered a pile of bread crumbs from Harley fans around the world, which seem to point toward the 2022 FXLRS getting a bump up to a 117CI engine, offering 1,923cc of displacement. That’s surely the Milwaukee-Eight 117, isn’t it?

But wait, there’s more. Tunneling into that particular rabbit hole, logic would suggest that the as-yet-unannounced 2022 CVOs must also be getting some bigger, badder engine transplants. After all, you don’t give away your hand-me-downs unless you have something else to wear, right? The new CVO lineup is planned for its official reveal on January 26, which is only 15 days away at the time of writing.

Other rumored changes for the 2022 Low Rider S include a revised rear suspension with 4.4 inches of travel, as well as a revised and relocated gauge cluster that moves up to the handlebars instead of nestling snugly in the top of the fuel tank. Undoubtedly, such stylistic changes will attract a range of opinions from fans, as they usually do.

It’s all speculation at this point, but at least we don’t have long to wait to see results—as well as find out all those crucial, important details, including pricing and availability.