Home » Articles » Inside ChampU: The Debut of an Online Riding School
Articles

Inside ChampU: The Debut of an Online Riding School 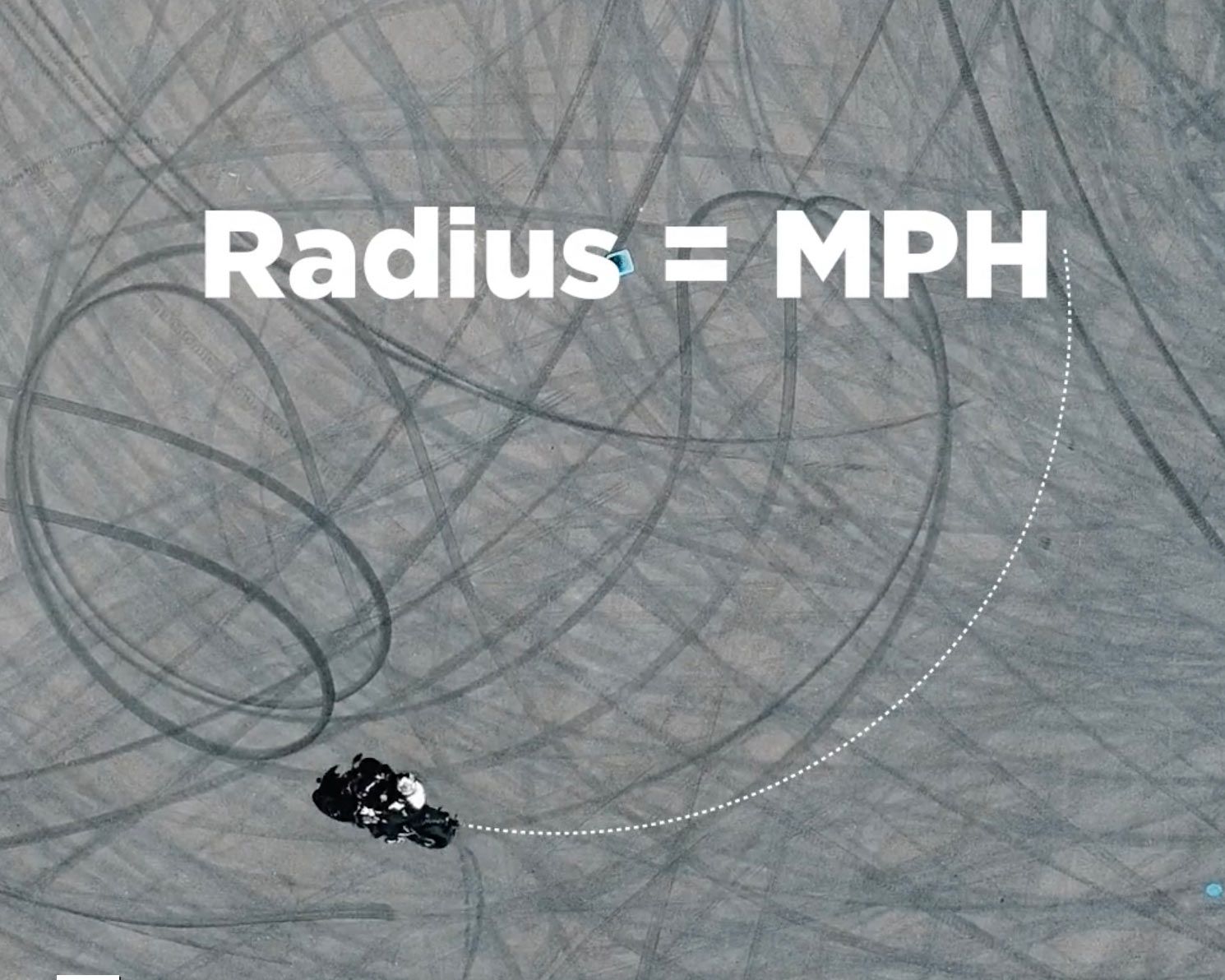 Fourteen months ago we began a project that debuted on August 7, 2021: ChampU, an online version of our two-day ChampSchool. It’s an hours-long package that covers 12 subjects in 40 videos with 30 drills and 40 quizzes; like the in-person school, ChampU aims to help riders of all levels, street or track.

Like so many large-scale endeavors, our team talked about ChampU for years but found that pulling the trigger on a project like this takes a lot of preparation. We were busy running schools, racing, and generally convincing ourselves that we didn’t have time.

I remember the exact moment that ChampU truly kicked off. We were in one of our twice-weekly YCRS management calls and the subject of ChampU came up, followed by the usual banter and dismissal of “gosh, too bad we’re so busy.” Everyone agreed, and then Chris Peris said, “Well, since you guys are all too busy, Nick and I will go to Inde (Inde Motorsports Ranch, our winter home) and shoot the whole thing on our cellphones next week.” 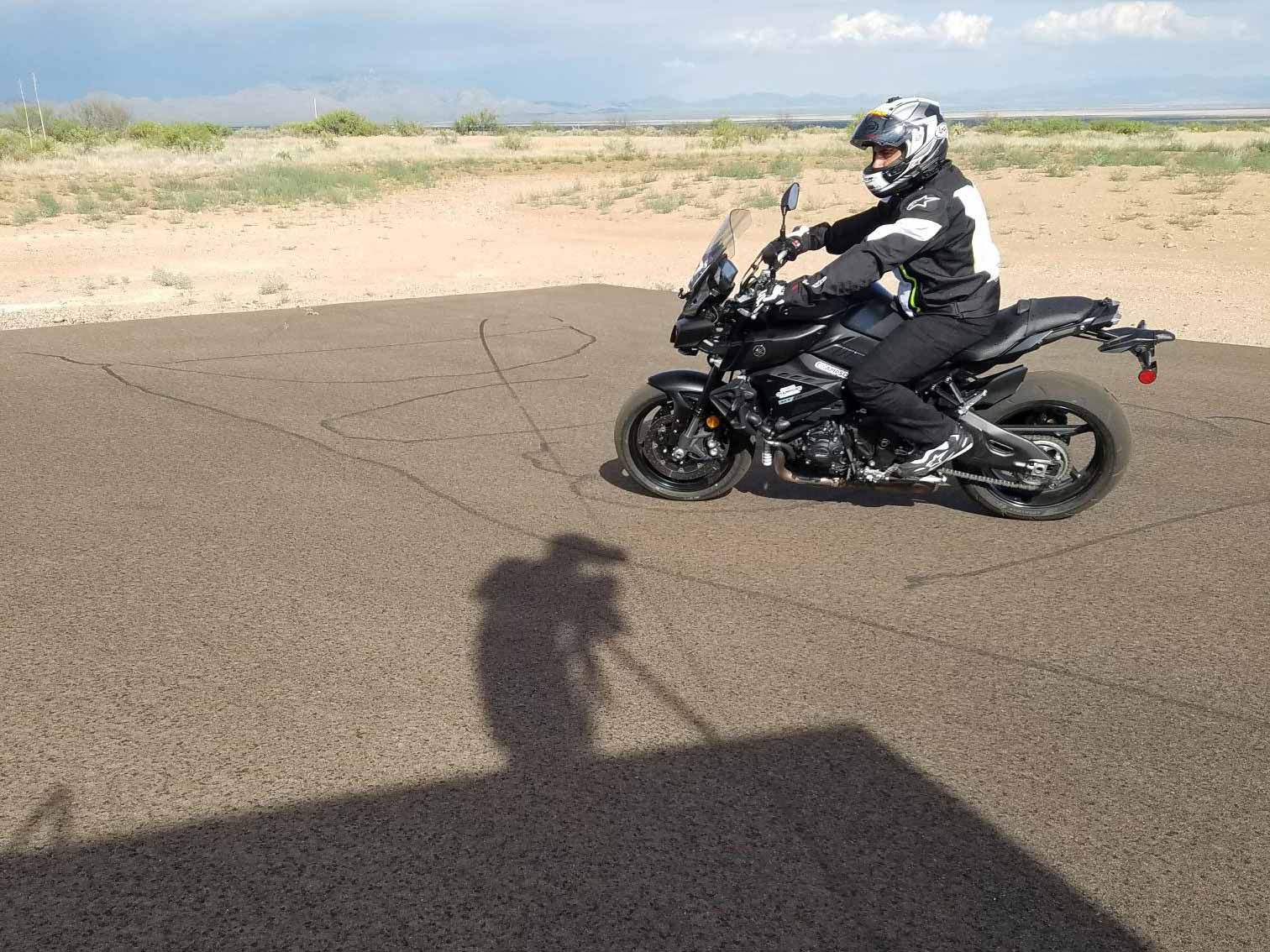 First there was silence, and then the reaction we had hoped for. Limore Shur, our marketing guru and the marketing genius for some insanely major companies as well, thought about that potentially catastrophic situation for a few seconds and said, “There’s no way that’s going to happen. Let’s set a date.” Everybody laughed because it’s Limore’s feel for tone and color and message that has been such a benefit to our school’s success; there was no way he’d allow me and Chris to produce anything designed for the public. ChampU was on. 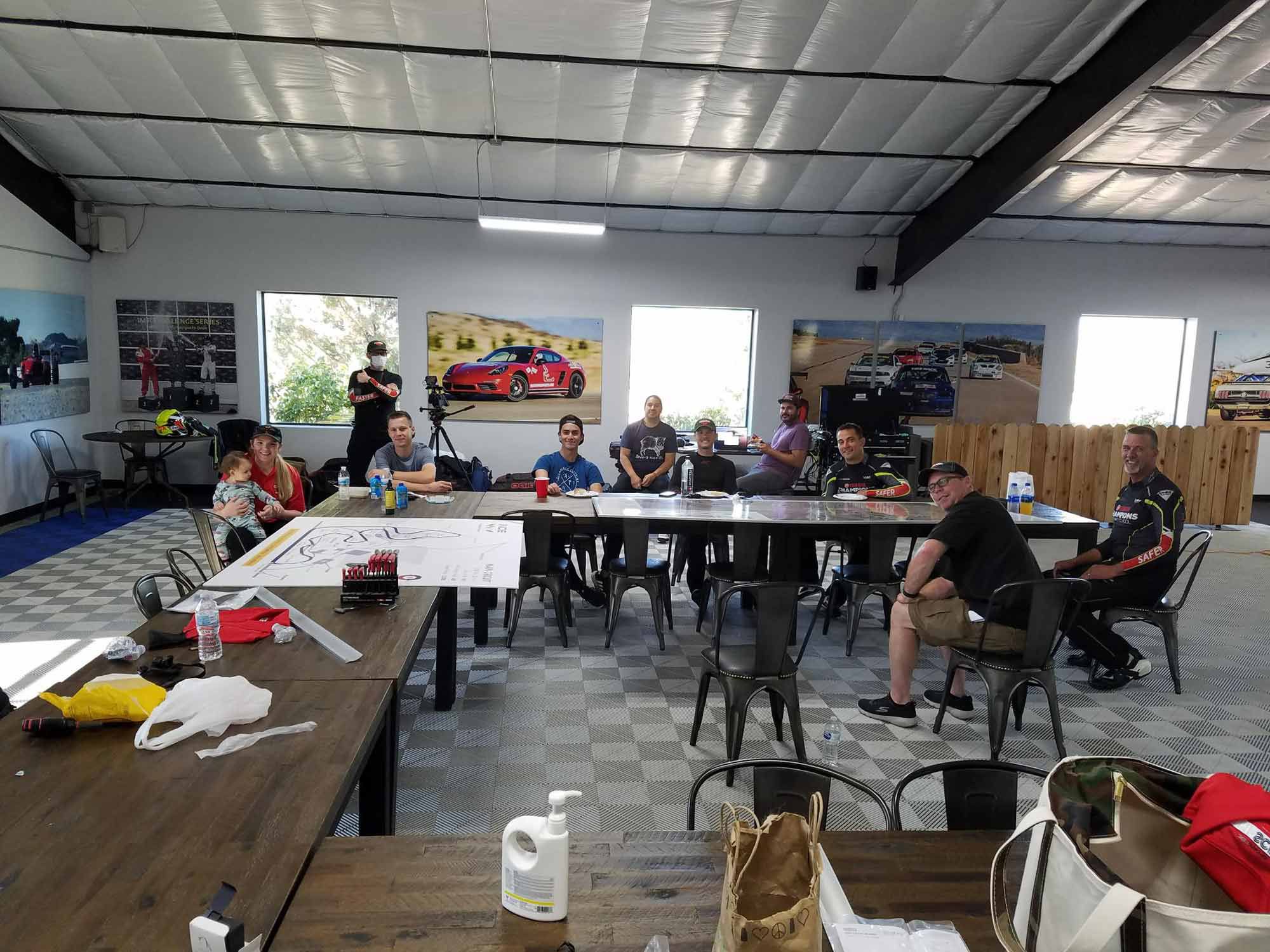 The gang assembles for the first time in Inde Motorsports Ranch’s garage, including Elena Meyer’s newly minted daughter (left). Five days later we would have a mountain of riding information…14 months later it would be ChampU. (Nick Ienatsch/)

Time in the Unknown

We joke at the school that “all the instructors do well is ride motorcycles.” This statement is usually made as we struggle with hooking our GoPro video cards into readers and then to computers and big screens for film review. It’s painful to watch. Fortunately for the instructor crew involved in ChampU (me, Chris, Kyle Wyman, Mark Schellinger, Elena Meyers, Keith Culver), Limore brought his extensive production knowledge and skilled and enthusiastic videographer Gray Pham. Chris knew a sound crew in Tucson, Arizona, and we all assembled in the evening following the last day of a track school, thinking we were ready.

We were simultaneously ready and entirely not ready. Should we shoot the school in chronological order? Jump around depending upon location? Does this shot illustrate the message? Because Gray also rides and races, we fell into a rhythm that got a lot done in the five days we spent together. It was immensely educational and fun; hopefully Gray will produce a blooper reel someday.

And then the work began. Marathon editing sessions in Keith’s garage. Back and forth suggestions and corrections. Fixes left and right for every facet, from sound to finding missing shots to writing quizzes, picking fonts, writing intros and headers; YCRS graduate and 3C (Champions Certified Coach) Alex Hatfield was on a vertical learning curve as he shouldered the large load of translating our curriculum to a digital platform. Our Business Development Manager Chip Spalding was firmly in the mix and while we ran our 2020 and 2021 schools we tweaked and prodded and firmed up ChampU. 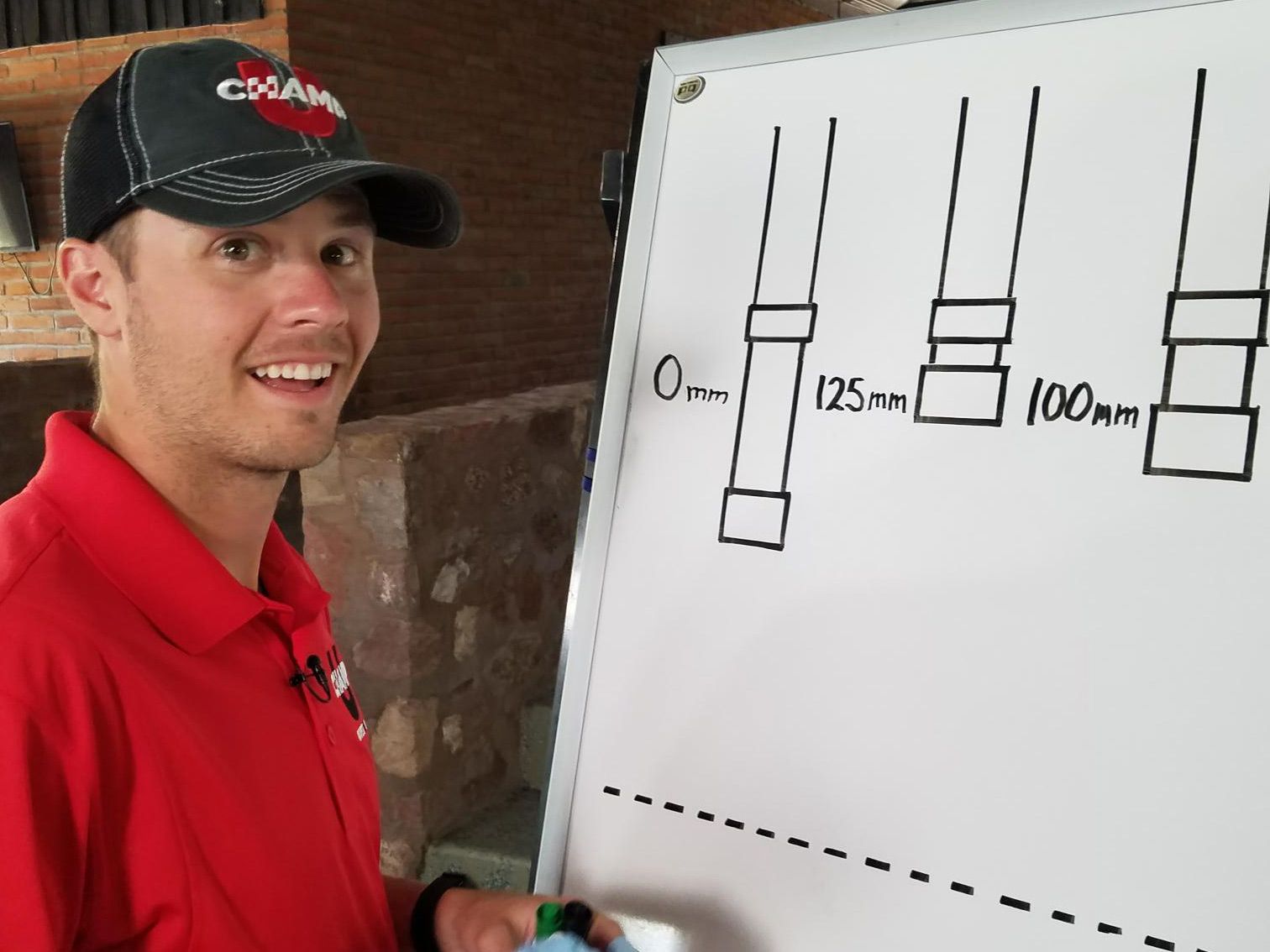 Kyle Wyman at the whiteboard getting ready to shoot a class on fork travel at tip-in. (Nick Ienatsch/)

As it began to take on its final form, we sent ChampU to trusted friends for them to review with fresh eyes and then tweaked some more based on their inputs. Things were happening fast, and fixes were immediate because that is the world of digital publishing; a breath of fresh air for a guy like me who began journalism on paper where published mistakes were permanent. “Hey Alex, I misspelled my last name again.” “No problem, fixed.”

One question asked of all beta testers was what the price should be. The cost of a two-day in-person school averages $2,200, so many early viewers of ChampU suggested somewhere between $300 and $800. The ChampU production group argued back and forth for weeks, kicking the pricing can down the road until just days before the launch. The decision? An introductory price of only $49.95 for a lifelong link to our two-day online riding school. 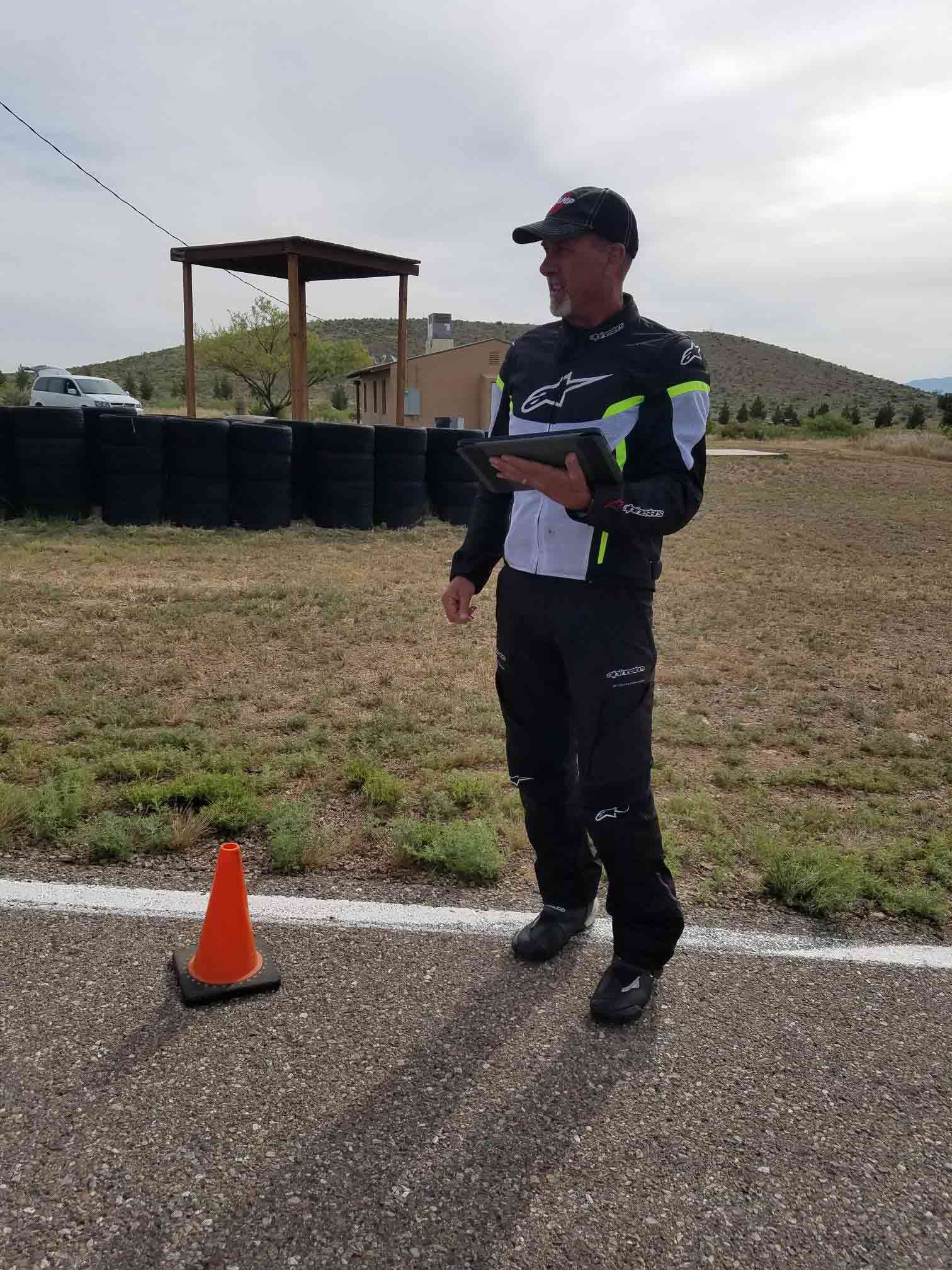 Mark Schellinger with his iPad practicing lines for the Pointy End drill in between Inde’s turns 5 and 6. (Nick Ienatsch/)

That price speaks to our main goal at YCRS: Teach more people in less time. We doubled our schedule this year and will reach approximately 1,200 riders in our in-person schools, but that’s not enough. Secondly, our in-person programs are not cheap and that makes it more difficult for some riders to hear our message. Thirdly, if you don’t live close to one of the tracks (or parking lots/taxiways for our Marine Corps schools), the travel time and costs are also added to the price of tuition and that can be prohibitive. So, $49.95 to allow more riders to hear the Champions Habits that have “changed the lives” of so many riders (graduates’ comments).

How many times have you been confused by the wide variety of riding advice available? We’ve heard frustration from many riders and this prompted us to begin broadcasting a significant amount of riding-technique pieces on social media, whether written or on video. Our hope was to disprove myths and bring best practices to riders seeking knowledge. This hope drove ChampU to fruition.

Rather than hope to find a good video here or there among the flotsam (and there are some good groups out there, like MotoJitsu and Canyon Chasers), we shot our entire two-day school to bring a proven message in a logical and complete order. This first ChampU product, our online two-day school, is the beginning of what we intend to be an online riding university that will cover a wide variety of riding-technique topics, from trackday passing to new rider fundamentals and everything in between. 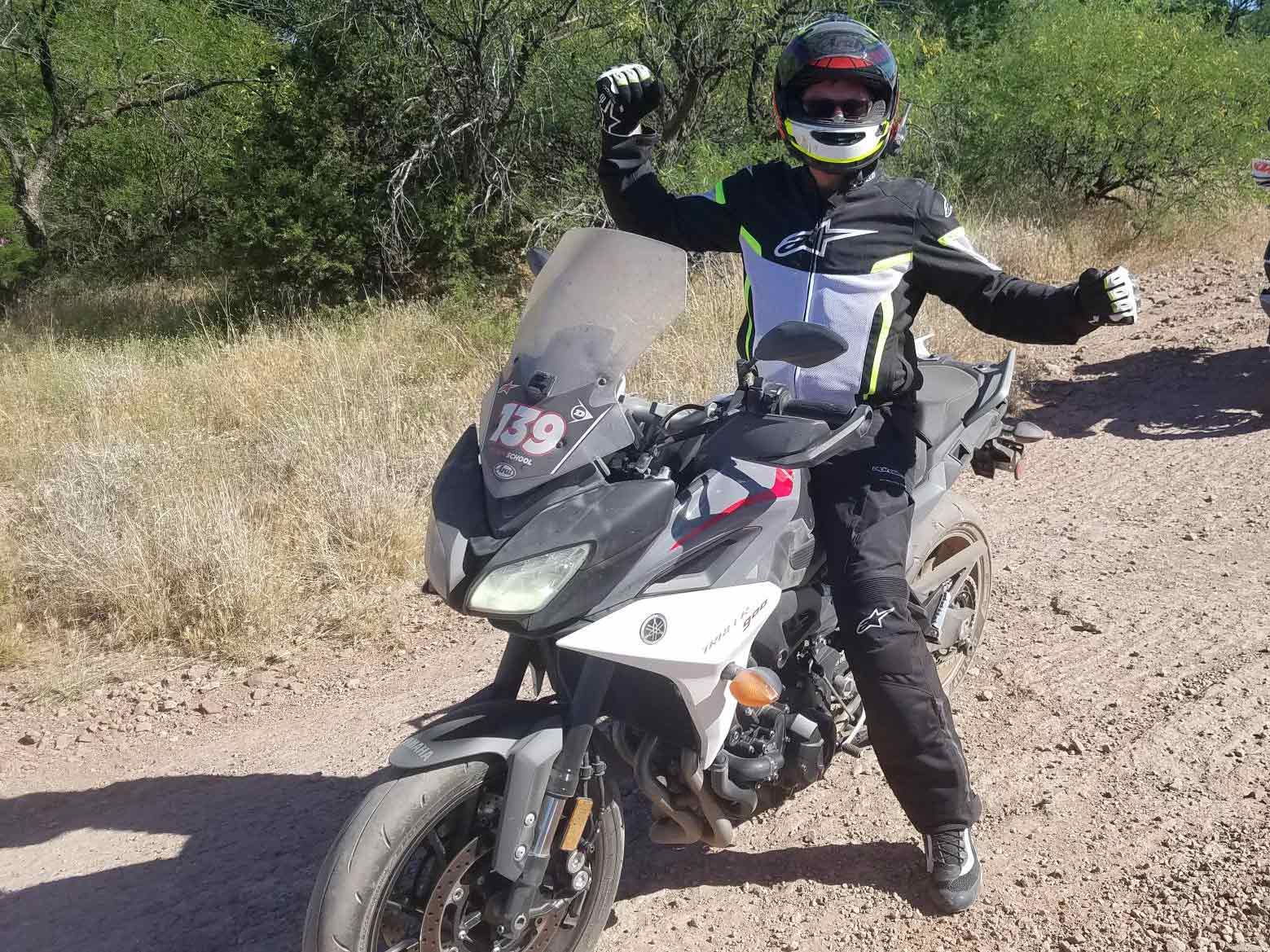 Limore Shur said, “Hey, why don’t you guys get some low-traction onboard shots.” That’s all we needed to hear; Keith Culver seen here after an epic two-hour dirt ride on YCRS streetbikes; only one radiator pierced and one head pipe collapsed. (Nick Ienatsch/)

My personal motivation for ChampU is the provable theory that improving riding instruction will grow our industry faster and create lifelong riders. I, maybe more than anyone else in the industry, have seen the misconceptions that riders have. They arrive at a YCRS program and often learn the exact opposite of what they previously believed, especially in terms of braking, cornering, and control inputs.

The misconceptions riders arrive with are directly tied to the fatality statistics; my experience at the Freddie Spencer school since 1997 and YCRS since 2008 shows that improving steering, braking, and control inputs reduces accidents and drastically increases riding enjoyment. Not everyone can attend a ChampSchool, but ChampU delivers these proven skills and approaches immediately and affordably. It took us 14 months to build, but in fact it’s a lifelong dream come true. That’s thanks to my team, our beta testers, and riders who have jumped in with both feet from more than 40 different countries so far. ChampU wants to help all riders, because happy, healthy members will grow an industry. 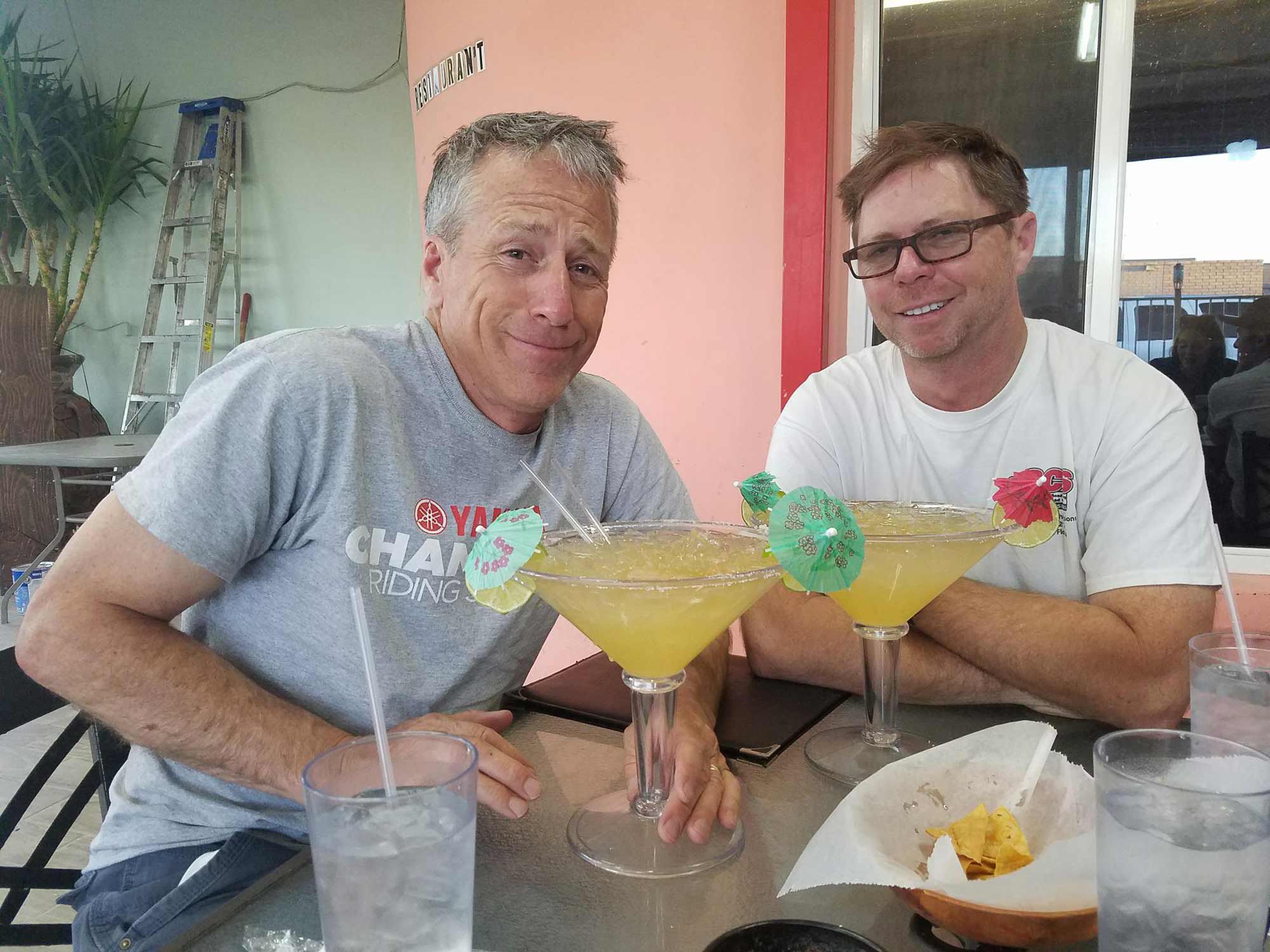 King-sized margaritas were forced on us, honest! After five days of shooting we relaxed in Willcox, Arizona, to ponder next steps (Keith and I are seen here). ChampU was born in these five days, produced in the ensuing months, and brought to the world’s riders two weeks ago. (Nick Ienatsch/)

Alvaro Bautista Back in the Ducati WorldSBK Team for Next Year