Indian Will Unveil Next Jack Daniel’s Bike On October 14, 2021 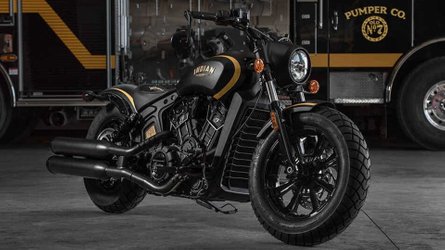 We don’t typically encourage the mixing of bikes and booze, but when Indian Motorcycle and Jack Daniel’s collaborate on their annual project bike, we make an exception. The two companies have come together to produce a special-edition model since 2016, and 2021 is no different.

However, Indian traditionally reveals the limited-run bike at major gatherings such as Daytona Bike Week or the Sturgis Motorcycle Rally. This year, the brand is firing up the Facebook machine and broadcasting the unveiling via the Indian Motorcycle page on Thursday, October 14, 2021. The announcement will come just in time for happy hour at 6 p.m. PST//9 p.m. EST, and musical guest Tim Montana will kick off the festivities.

Now, the stage is set for the new Jack Daniel’s-branded bike to enjoy its time in the spotlight. Of course, Indian has been tight-lipped about the model up to this point, leaving us to speculate on the featured platform for 2021. The all-new Chief models are instant candidates and the FTR has yet to take on the Jack Daniel’s guise, but we can’t rule out Indian revealing something completely new either.

Luckily, we won’t have to wait long for the two American brands to unveil their latest collaboration. Indian hasn’t stated how many units it will produce, but past runs have been as low as 107 bikes. Following the reveal on October 14, 2021, the brand will open orders for the new Jack Daniel’s bike on Thursday, October 21, 2021.