Among motorcycle manufacturers, Honda has recently led the charge toward electrification. In September, 2021, Team Red joined a swappable battery consortium including Yamaha, KTM, and Piaggio to standardize power units across Asian and European manufacturers. While we’ve primarily seen Honda’s tech in urban vehicles such as scooters, the brand recently expanded on its Mobile Power Pack’s (MPP) capabilities in a recent media briefing.

The news comes as the brand moves toward carbon neutrality for its entire product line and corporate activities by 2050. Honda’s “eMaaS” concept will now leverage the firm’s MPP units for products beyond automobiles and motorcycles. Under the new initiative, Honda’s electrified mobility products will work hand-in-hand with its energy services for infrastructure-linked power operations. 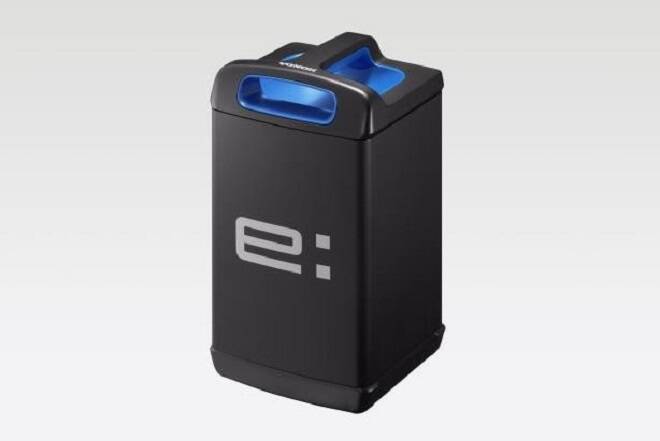 While utilizing renewable energy is the fastest way to reach carbon neutrality, power generation greatly depends on weather conditions, climate, and time of day. For example, solar panels generate high amounts of energy during the day but produce no power in the evening hours.

To help stabilize the grid, Honda MPP charging stations will store excess electricity when the sun is up and feed power back to the infrastructure during the nighttime. The system will effectively act as a buffer, reducing peak loads on the power grid.

Honda is also considering the secondary use for MPPs that have degraded over time. As most people with a smartphone know, Lithium-ion batteries lose charge capacity with age. Honda is developing ways to utilize old batteries to power households and other consumer products in the future. The brand is also working with several companies to produce products that use MPP as a power source.

Team Red will start putting that theory into practice when it implements the new MPP e battery in a new sharing service in India by the first half of 2022. The program will serve electric three-wheelers in the country for now, with hopes to expand to more vehicles in the future.