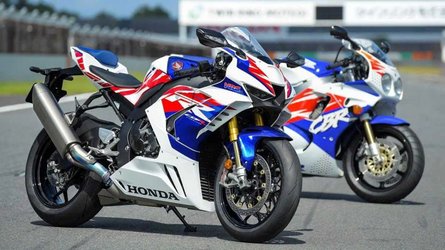 Honda has big plans in store between now and 2050. We’re not just talking about its plans to make all its new vehicles zero-emission by 2040, either. Earlier in November, 2021, Team Red announced the launch of its Sensing 360 radar blind-spot detection system, with planned rollout in Honda and Acura models starting in 2022.

As it turns out though, that’s just one piece of Honda’s larger plan for zero traffic collision fatalities by 2050. Naturally, since it’s Honda, it’s a plan that also involves motorcycles. Since more road users drive cars than ride motorbikes, both detailed plans and a quicker rollout in cars seem logical—hence, the upcoming introduction of Honda Sensing 360.

Honda categorizes this system as an Intelligent Driver-Assistive Technology. Given that requirements for such systems are planned to go into effect in the E.U. in the coming years, that’s another solid reason why Honda pushed its development along ahead of other mitigations. This system should ideally recognize and affect how drivers in passenger cars and trucks perceive motorcycles, but what else does Honda have in store for riders?

That’s where Honda’s Safe and Sound Network Technology comes into play. Through this system, Honda plans to connect all road users with a telecommunications system that it says will virtually recreate existing road conditions. From there, Honda says it will extrapolate current risks, then communicate those risks and suggested mitigations to all road users.

On the surface, this of course sounds nice. After all, no one—rider, driver, or pedestrian—wants to be involved in a collision, especially not one involving fatalities. That said, how does Honda intend to communicate with road users and not have it be an additional distraction for riders or drivers? Both visual and auditory communications have pluses and minuses, and there’s seemingly no simple answer because humans aren’t completely predictable.

Reducing collisions and fatalities below current levels seems like a possibility, but getting down to zero seems like a faraway goal from our vantage point here in 2021. Honda says it’s aiming to reduce those collisions by 50 percent by 2030, leaving it 20 years to eliminate the other 50 percent. As always, we’ll simply have to wait and see how it all shakes out.

E.U. To Require Intelligent Speed Assistance In Cars By July 2022