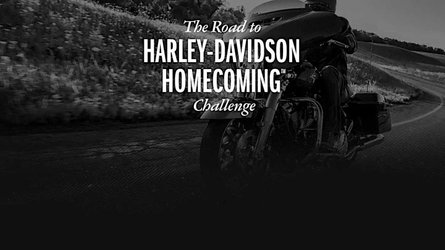 It’s January, 2022 according to the calendar, but when you’re an OEM that’s been in business for over 100 years, you have to keep your eye on the future. Harley-Davidson is already in the planning stages for 2023—but at the same time, it’s also thinking about its past. The Motor Company first came to life in 1903, which means that 2023 will officially mark its 120th anniversary.

Barring major catastrophes, Harley-Davidson likes to throw its fans a big celebration in Milwaukee, Wisconsin every year. So, it’s no surprise at all that the company has big plans to go all-out (or perhaps even HOG wild, if you prefer) to mark such a momentous occasion. Of course, Harley-Davidson knows that it wouldn’t be what it is today without its loyal fans and friends around the world, so if that’s you, then you’ll want to know all about its plans.

Starting on April 1, 2022, Harley-Davidson will open the Road to Harley-Davidson Homecoming Challenge. Full details haven’t been released at this point, except for the fact that the competition period is planned to extend through September 30, 2022.

A total of 120 participants will be selected to win all-expenses-paid trips to Milwaukee to join in the Harley-Davidson Homecoming 120th Anniversary festivities. Exact dates for the summer 2023 festivities haven’t been announced just yet. By now, though, you know that Harley loves to throw a party, and it loves to celebrate an anniversary, so those two facts together mean it’s probably going to be a big deal.

Full details on both the Road to Harley-Davidson Homecoming Challenge and the 120th anniversary celebrations planned for 2023 will surely be forthcoming, as there’s nearly a year to go before 2023 rolls in. We will, of course, be sure to keep you up to date with any and all information as and when we have it. There’s also an email signup sheet on Harley’s website if you want a reminder when the Challenge is live, and we’ll stick a link to that in our Sources.