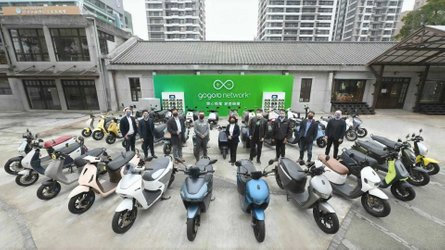 On January 11, 2022, Gogoro made its plans to hit the ground running extremely clear with a bold announcement. What’s the plan? Quite simply, the Taiwanese electric scooter technology company aims to have more GoStations throughout Taiwan than there currently are gas stations. Oh, and it wants to do this by the end of 2022.

“By the end of this year, we are very confident that the number of battery swapping stations will surpass the number of gas stations nationwide,” Gogoro vice president for energy services Alan Pan said in a press conference.

Going strictly by the numbers, this plan doesn’t look unreachable at all. By the end of 2021, Gogoro already had 2,215 of its GoStation electric battery swapping stations located throughout the nation. The total number of gas stations, by contrast, was 2,487.

That’s only a 272-station deficit that Gogoro needs to make up by the end of the year. It’s challenging, certainly, but sounds far from impossible. It’s not clear how many of Gogoro’s new GoStations installed over the next year will be Super GoStations—which can hold up to 120 batteries—but the company wants to continue rolling those deluxe units out, as well.

It’s worth noting at this point that Gogoro ended 2020 with 1,937 GoStations throughout the nation, and proceeded to grow its presence to 2,215 swapping stations over the course of 2021. If you’re keeping count, that’s 278 station installations in a single year—further reinforcing how feasible that 272 number is.

Most of the current GoStations are located in urban areas, which is also where electric scooters like those on the Powered By Gogoro Network are most popular. However, Gogoro also wants to expand its coverage to serve more remote areas—and of course, it will need more GoStations to do that. Gogoro and PBGN partners Yamaha, Aeon, and Suzuki all plan to release some new models later in 2022, which will also propel momentum toward network expansion throughout the nation.